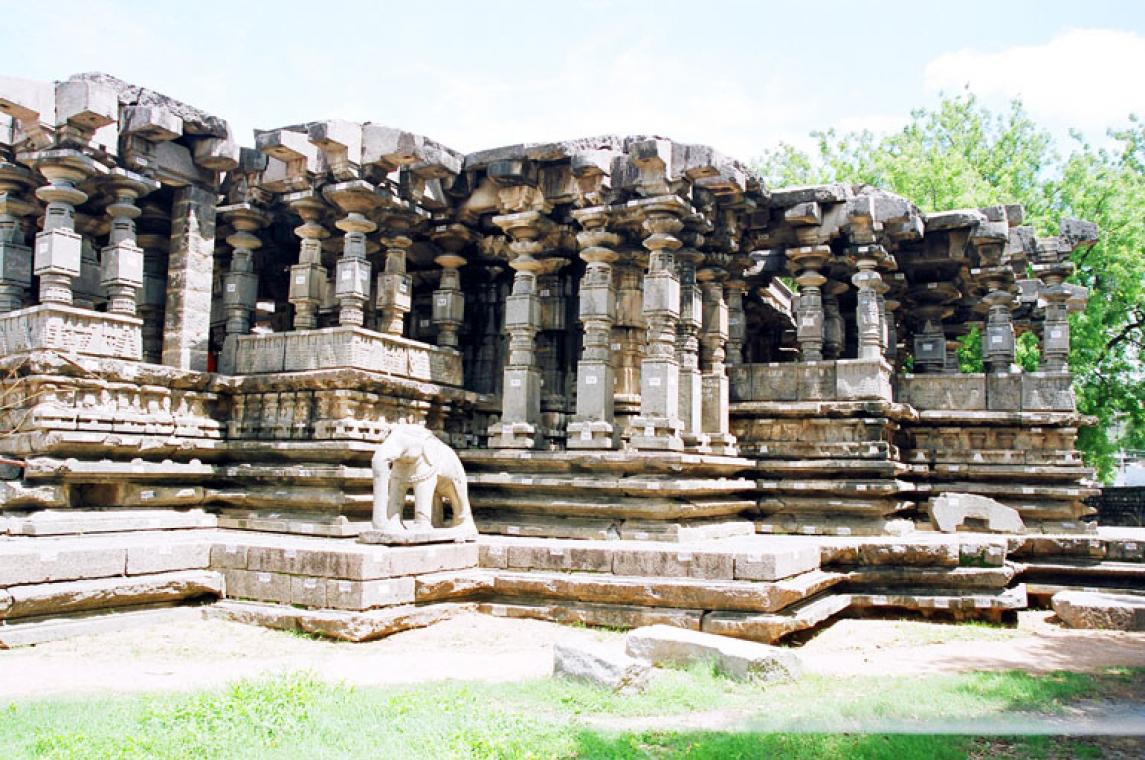 It was destroyed by the Tughlaq dynasty during their invasion of South India. It comprises one temple and other building. There are one thousand pillars in the building and the temple, but no pillar obstructs a person in any point of the temple to see the god in the other temple.The Thousand Pillar Temple is one of the very old temples of South India that was built by the kakatiyas. It stands out to be a masterpiece and achieved major heights in terms of architectural skills by the ancient kakathiya vishwakarma sthapathis. It is believed that the Thousand Pillar Temple was built by King Rudra Deva in 1163 AD. The Thousand Pillar Temple is a specimen of the Kakatiyan style of architecture of the 12th century.
The present day engineers have taken out all the pillars from the building. After they lifted all the pillars they encountered a huge mass of sand. It took nearly two weeks for them to take away all the sand. It was wet sand, because of a pipe connection from the nearby water body named Bhadrakali Cheruvu.

The Thousand Pillar Temple is constructed on a platform that is raised to one metre height from the ground level. The temple is provided with a number of pillars which are intricately carved and adorned. Rock cut elephants and perforated screens in the temple are characteristic of the then prevailing dynasty. Many piligramages will be visiting and even film scenes are also picturised here.