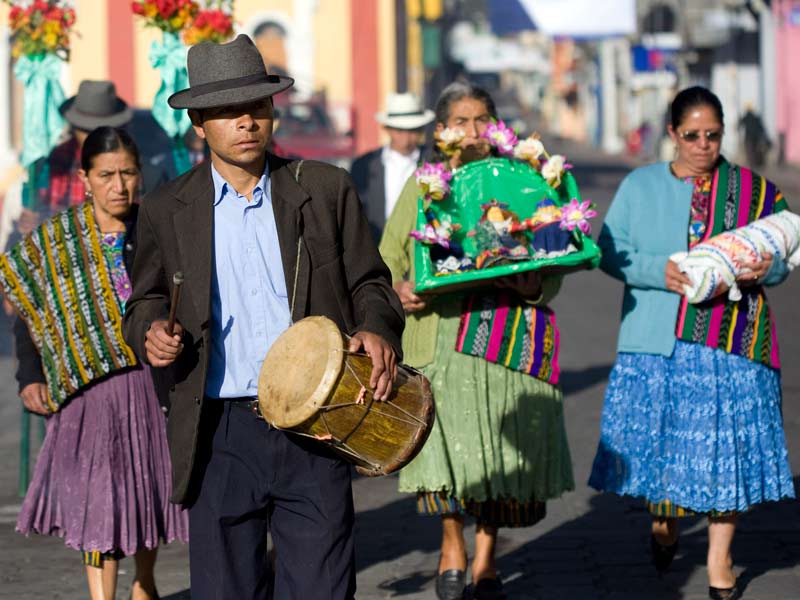 The women potters of Bakgatla ba Kgafela community in South Eastern Botswana use clay soil, Iron oxide, cow dung, wood, weathered sandstone and grass to make pots in different shapes, styles and designs that epitomise the traditional practices and the beliefs of the community.

These pots, apart from fetching and storing water are used to store beer, cooking, ferment sorghum meal and offer prayers to the ancestors and other traditional rituals. The skills of making these earthenware pots are passed on to the daughters and granddaughters.

Why is it dying away? In recent times the practise of earthenware pottery making is facing significant decrease in the number of master potters and the increase in the use of alternative containers.

The Sanke Mon is a festival celebrated by Malinke, Bambara and Buwa groups on the second Thursday of the seventh lunar month in the town called San in Segou region, Mali. Sanke Mon is a festival ritual where the proponents participate in collective fishing rite which traditionally marks the beginning of the rainy season and importantly commemorates the foundation of the town which is more than 6 centuries ago.

Why is it dying away? Although the Sanke Mon collective fishing right continues to take place, the significance of the event is diminishing as various founding myths have been abandoned and the new practices have been substituted. Also, lack of the knowledge of the history of events and the importance of the event for the local economy are attributing to the decline of Sanke Mon collective fishing ritual.

The women of Hainan Island ethnic group have a long history of renowned textile techniques which were considered to be developed before the days of Qin dynasty. The whole traditional practice comprises of various techniques in weaving, dyeing, spinning and embroidery. Li women use natural dyestuffs made out of plants based on the first hand information from ancestors and sometimes out of experience. The weaving techniques such as Wrap-ikat, double face embroidery and single-face supplementary warp weaving are passed on from mother to daughter along with other traditional knowledge of designs and styles.

Why is it dying away? There is a significant decline among the women who make fabric using traditional Li tectile techniques. The decline in the availability of raw materials for dyeing hand spun yarns and increase in machine made textiles are replacing the traditionally made fabric.

Currently, among the present weavers no one grasps the complete knowledge of making the Dragon quilts which are the most elaborate example of Li textile techniques.

Mapoyo is the language of large native community in South-Eastern state of Bolivar. The oral tradition constitutes the collective memory of Mapoyo people and the symbolic point of reference to their ancestral territory.

The tradition is permanently linked to the places located in the ancestral territory of the community along the River of Orinoco in Venezuelan Guayana. The traditional oration encompasses the Social, Cosmogony, knowledge and the stories that makes Mapoyo the legitimate partners in the birth of Venuzuela republic. The elders in the community are the tradition bearers.

Why is it dying away? Land encroachment by mining industries and outward migration of young people for formal education or employment has strongly discouraged the Mapoyo language, thereby causing a sharp decline in the tradition.

Isukuti is a celebratory traditional dance between the Isukha and Idakho communities of Western Kenya. This fast paced energetic and passionate dance is an integral tool for cultural harmony and peaceful co-existence between families and the two communities. The dance for over the years imbued in all the social occasions like weddings, inaugurations, child births, religious festivities, sporting events and other public gatherings.

At present the traditional bearers are mostly elders who lack successors who can carry the knowledge of the dance.

Why is it dying away? Many dancers are moving into commercially bankable genres that audience prefer than the traditional dances like Isukuti.

Paach Ceremony is a Mayan tradition where the corn-veneration ritual is celebrated by the san pedro community after the harvests. The ritual celebrates the good harvests highlighting the connection between man and the nature. The ceremony includes prayers in Mam which is a Mayan language.

The ceremony is led by the elder male and female farmers who have good relationships with the community. The ceremony signifies the respect for nature, respect for the elders and its conservation and strengthens the identity of community of San pedro.

Why is it dying away? This cultural expression is likely to disappear as the younger generation considers it irrelevant and the economic insecurities of the tradition bearers are forcing them to consider alternative options.

The west provinces of Papua and the communities in Papua of Indonesia knot handmade woven bags using wood fibre and leaves. Usually, both men and women of Papua community use it to carry fish, fruits and vegetables, firewood, groceries and sometimes even small pets and babies. Gifting Noken bags is considered a peace offering and is worn on many traditional festivities and rituals.

Natural dies are used to colour the wood fibre and for making Noken bags requires great manual skill and artistic sense and may take many days to master the artecraft.

Why is it dying away? The Noken manufacturers are drastically reducing in number because of the competition from the factory made bags and issues in obtaining traditional raw materials.

The Mongolian calligraphy is a classical Mongolian script with an ancient tradition. It was used since its creation until today and was once used regularly among the Mongol race. The calligraphy is written using Mongolian classical script which contains ninety letters. These letters are connected vertically by continuous strokes to form words.

The mentors select students and train them to be proficient in the art of calligraphy which takes a period of five to eight years. Students thereafter bond for life and continue their artistic endeavours by stimulating each other.

Why is it dying away? The art of calligraphy is facing serious crisis as there are only three calligraphy teachers left in Mongol. These mentors are teaching the art for free which may not be financially feasible for mentors for long with the raising cost of living in Mongolia.

Apart from the transmission of traditional knowledge the creation of felt carpets demands unity among the communities. The important cultural components of carpet making involve skill, knowledge, diversity, semantics of ornamentation and the ceremonies of creating carpets.

Why is it dying away? The practitioners of this kind of carpet-making are diminishing alarmingly with most of them being above 40 years of age. Apart from that, the unavailability of good quality raw materials, corporate competition and lack of government encouragement is effecting the alarming decline in the tradition.

The Bedouin women in the rural communities produce soft furnishings and accessories for camels and horses. Traditionally men shear the animal fur and women clean and prepare the wool. Weavers form a small group to spin and weave and to exchanging family news and singing songs and poetry. These gatherings are used to transmit the tradition and the skill of weaving to young girls.

The traditional colours are white, brown, red and beige with distinctive geometric patterns.

Why is it dying away? These homemade traditional furnishings are facing serious threat as many Bedouin communities have dispersed among the urban settlements. The economic development and social transformation has caused a sharp decline in the practice of Al Sadu. The practisers of Al Sadu are old women who are very few in number.

Naqqali is one of the oldest forms of traditional Persian theatre and the word “Naqqali” translates to “transmitter” as in the one who passes on or transmits a tale. Naqqalis are story tellers, entertainers and the bearers of Persian literature and culture. A Naqqal has to be acquainted with the local expressions, languages and dialects and traditional music.

Naqqals have to be very spontaneous & have good oratory skills and are the most important guardians of folk-tales, ethnic epics and Iranian folk music. Usually Naqqali was performed in coffee houses, tents of rich and powerful nomads, historical venues, festivities and social gatherings.

Why is it dying away? The political crisis and reduction in the number coffee shops along with new forms of entertainment has affected Naqqali significantly. The steep drop in the number of skilled Naqqals has made it very unpopular with the younger generations.

The T’hedyinn epic is the literary and artistic manifestation of Hassaniya language. It comprises several poems that praise the exploits and feats of Moorish emirs and Sultans in and narrates events and traditions that connect to the social, cultural and historical evolution of the Moors. The performance of the epic is accompanied by the musicians playing kettle drum and traditional string instrument like lute and harp.

The epic is performed generally in all social events.

Why is it dying away? The tradition bearers who know the complete epic are elderly folk and are very few in number. The demand for young griots has decreased as most of them perform an abridged version of the epic.