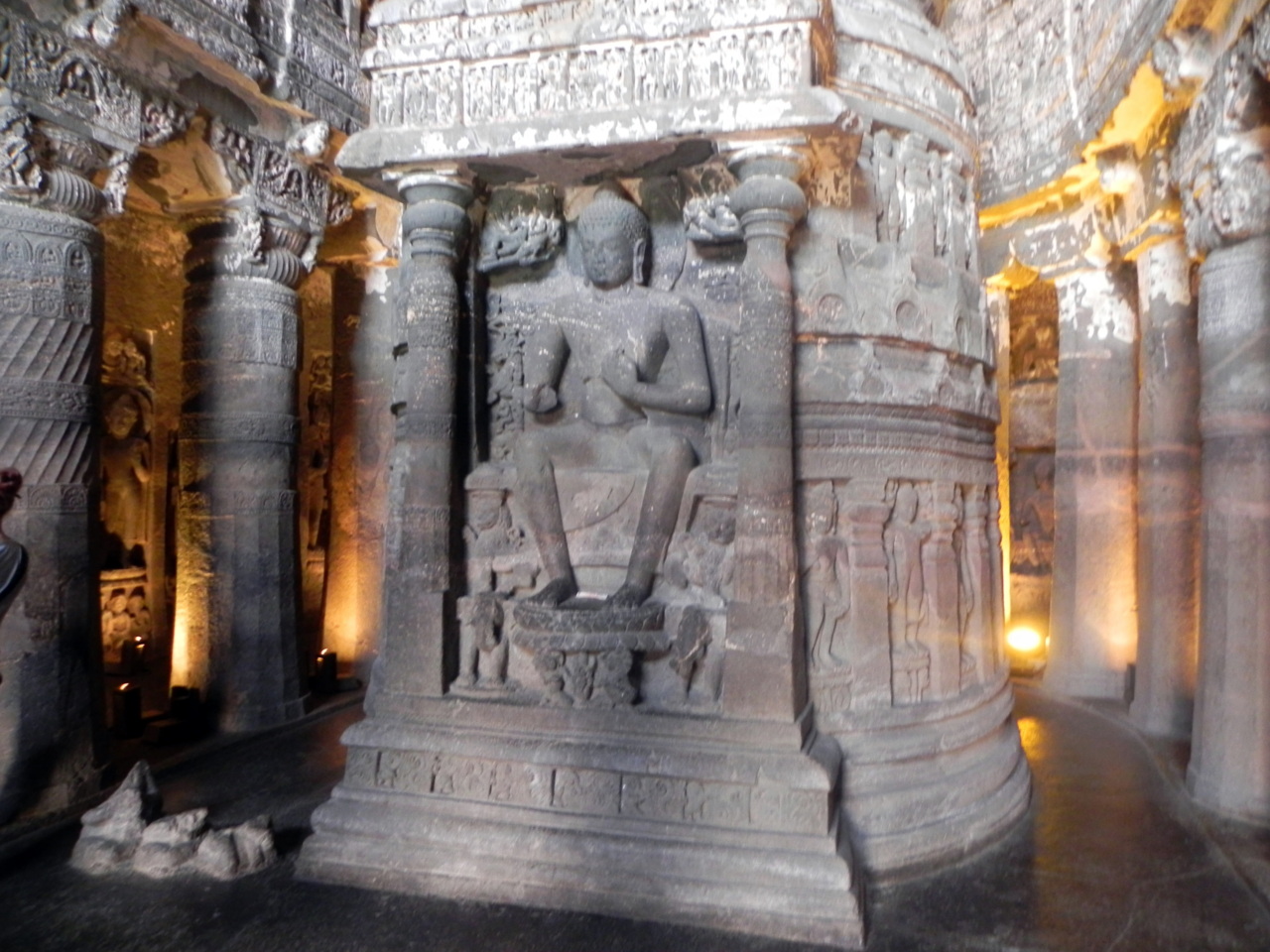 in Aurangabad district of Maharashtra, India are 29 rock-cut cave monuments which date from the 2nd century BCE. Since 1983, the Ajanta Caves have been a UNESCO World Heritage Site. Paintings appear on almost every surface of the cave except for the floor. At various places the art work has become eroded due to decay and human interference. Therefore, many areas of the painted walls, ceilings, and pillars are fragmentary. The painted narratives of the Jataka tales are depicted only on the walls, which demanded the special attention of the devotee. They are didactic in nature, meant to inform the community about the Buddha’s teachings and life through successive rebirths. Their placement on the walls required the devotee to walk through the aisles and ‘read’ the narratives depicted in various episodes. The narrative episodes are depicted one after another although not in a linear order. Their identification has been a core area of research since the site’s rediscovery in 1819.
Picture courtesy – Prashanth