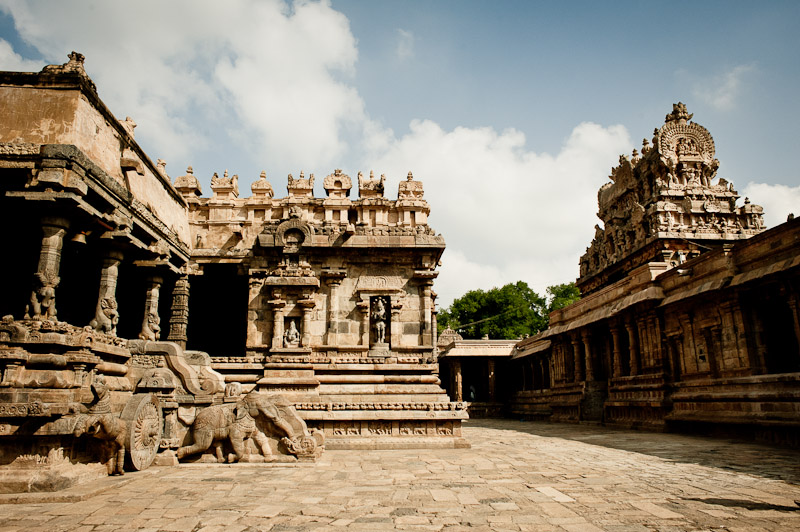 It is one of the The Great Living Chola Temples built between 10th and 12th centuries CE. The other two temples are at Thanjavur and Gangaikonda Cholapuram and have a lot of similarities. The legend is that Airavata, the white elephant of Indra, worshipped Lord Siva in this temple; so did also the King of Death, Yama. Tradition has it that the presiding deity Airavateswarar cured Yama himself (the God of Death) who was suffering under a Rishi’s curse from a burning sensation all over the body. Yama took a bath in the sacred tank and was rid of the burning sensation. Since then the tank is known as Yamateertham.