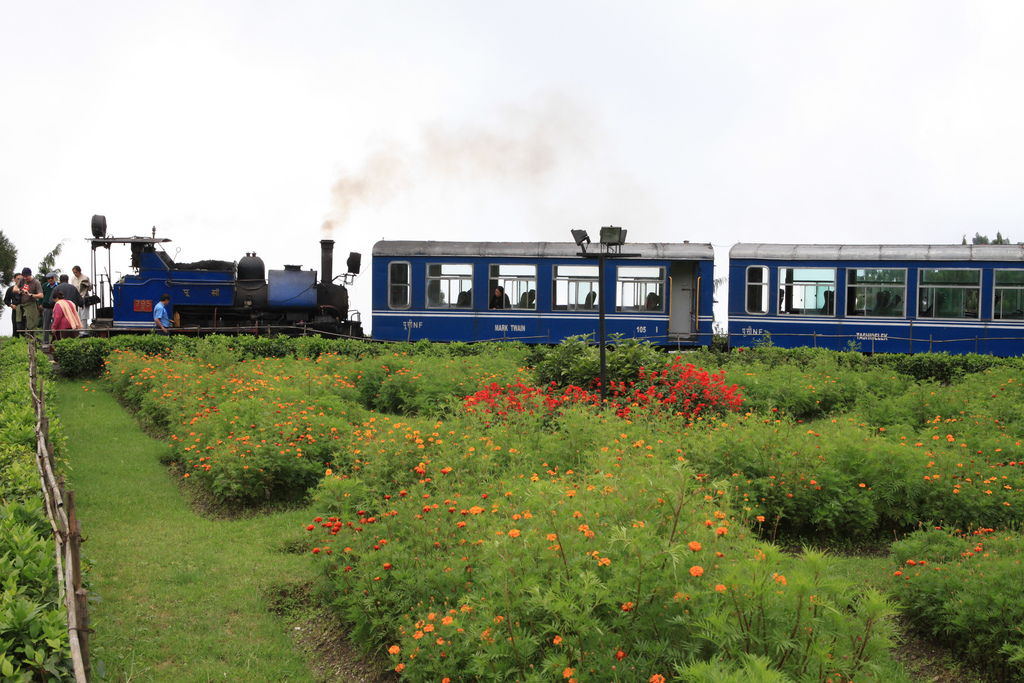 The Darjeeling Himalayan Railway, nicknamed the “Toy Train”, is a 2 ft  (610 mm) narrow gauge railway from New Jalpaiguri to Darjeeling in West Bengal, run by the Indian Railways.

It was built between 1879 and 1881 and is about 86 kilometres (53 mi) long. The elevation level is from about 100 m (328 ft) at New Jalpaiguri to about 2,200 metres (7,218 ft) at Darjeeling. Four modern diesel locomotives handle most of the scheduled services: however the daily Kurseong-Darjeeling return service and the daily tourist trains from Darjeeling to Ghum (India’s highest railway station) are handled by vintage British-built B Class steam locomotives. Since 1999 the train has been a World Heritage Site as listed by UNESCO.