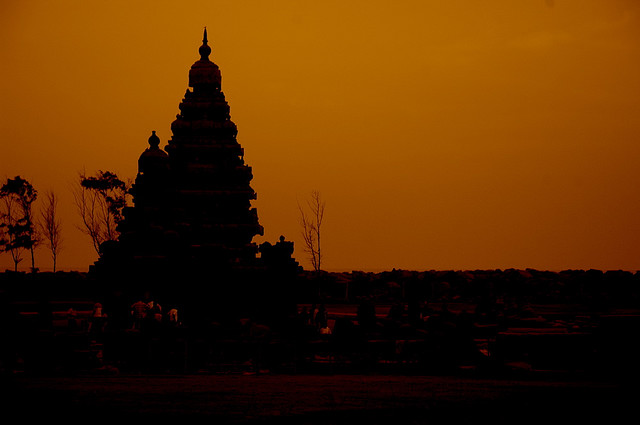 was a 7th century port city of the South Indian dynasty of the Pallavas around 60 km south from the city of Chennai in Tamil Nadu. The name Mamallapuram is believed to have been given after the Pallava king Narasimhavarman I, who took on the epithet Maha-malla (great wrestler), as the favourite sport of the Pallavas was wrestling. It has various historic monuments built largely between the 7th and the 9th centuries, and has been classified as a UNESCO World Heritage Site in 1984.

The fact that different shrines were dedicated to different deities is evidence of an increased sectarianism at the time of their construction. The monuments are mostly rock-cut and monolithic, and constitute the early stages of Dravidian architecture wherein Buddhist elements of design are prominently visible. They are constituted by cave temples, monolithic rathas (chariots), sculpted reliefs and structural temples. The pillars are of the Dravidian order. The sculptures are excellent examples of Pallava art.