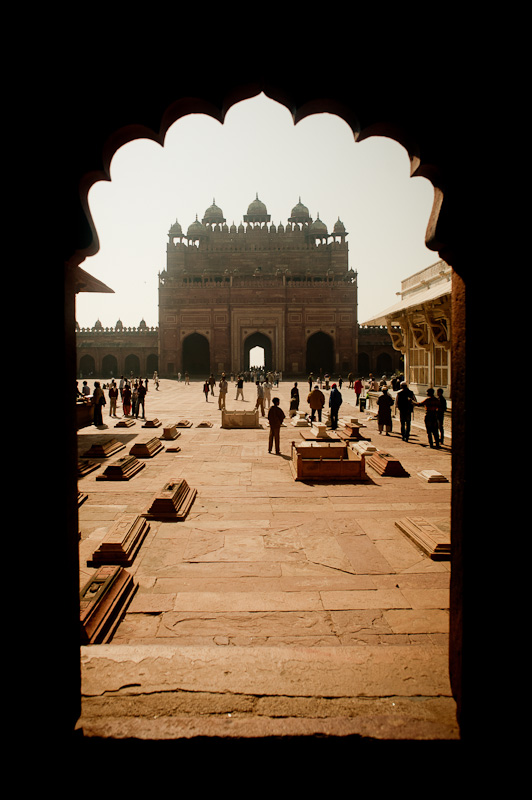 First named Sikrigarh, this monument was constructed by Sikriwal Rajput Raja’s last emperor Maharana Sangram Singh beginning in 1500. Here after the second birthday of Jahangir in 1571, Akbar then 28 years old, decided to shift his capital from Agra to the Sikri ridge, to honor Salim Chishti, and commenced the construction of a planned walled city which took the next fifteen years in planning and construction of a series royal palaces, harem, courts, a mosque, private quarters and other utility buildings. He named the city, Fatehabad, with Fateh, a word of Arabic origin in Persian, meaning “victory”, it was later called Fatehpur Sikri. It is at Fatehpur Sikri that the legends of Akbar and his famed courtiers, the nine jewels or Navaratnas, were born. One of them, musician and singer Tansen is said to have performed on an island in the middle of the pool Anup Talao.

Group of Monuments at Hampi