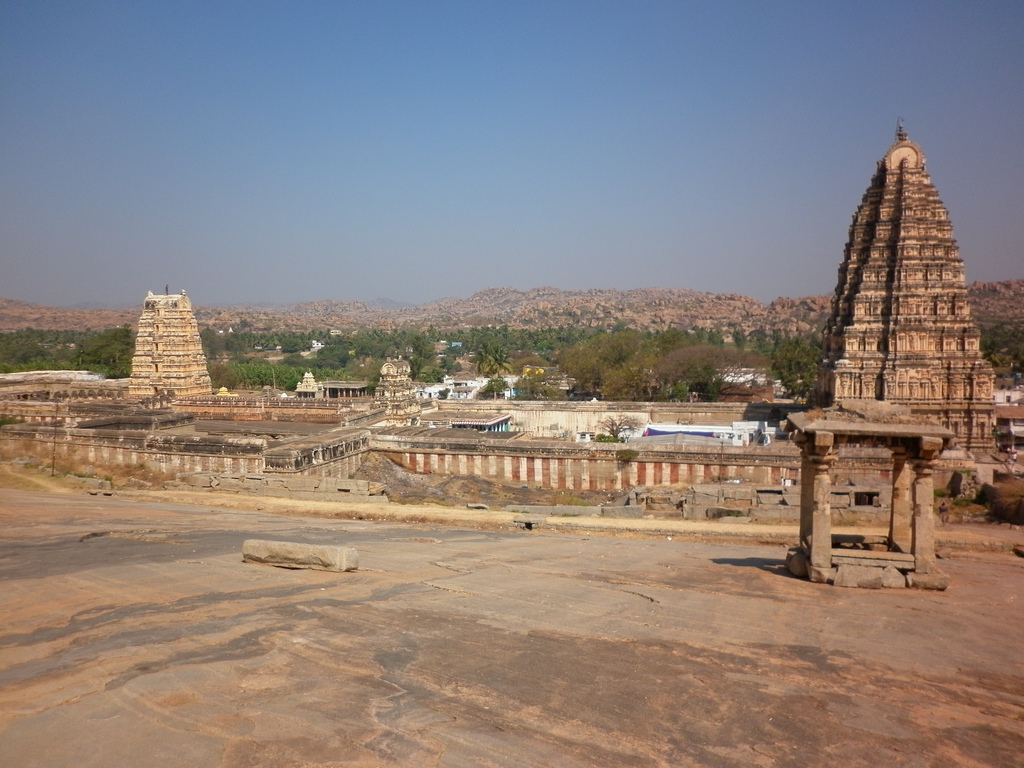 Hampi is located within the ruins of Vijayanagara, the former capital of the Vijayanagara Empire. Predating the city of Vijayanagara, it continues to be an important religious centre, housing the Virupaksha Temple, as well as several other monuments belonging to the old city. The ruins are a UNESCO World Heritage Site.

Hampi formed one of the core areas of the capital of the Vijayanagara Empire from 1336 to 1565, when it was finally laid siege to by the Deccan Muslim confederacy. Hampi was chosen because of its strategic location, bounded by the torrential Tungabhadra river on one side and surrounded by defensible hills on the other three sides.

The site is significant historically and architecturally. The topography abounds with large stones which have been used to make statues of Hindu deities. The Archaeological Survey of India continues to conduct excavations in the area, to discover additional artifacts and temples.