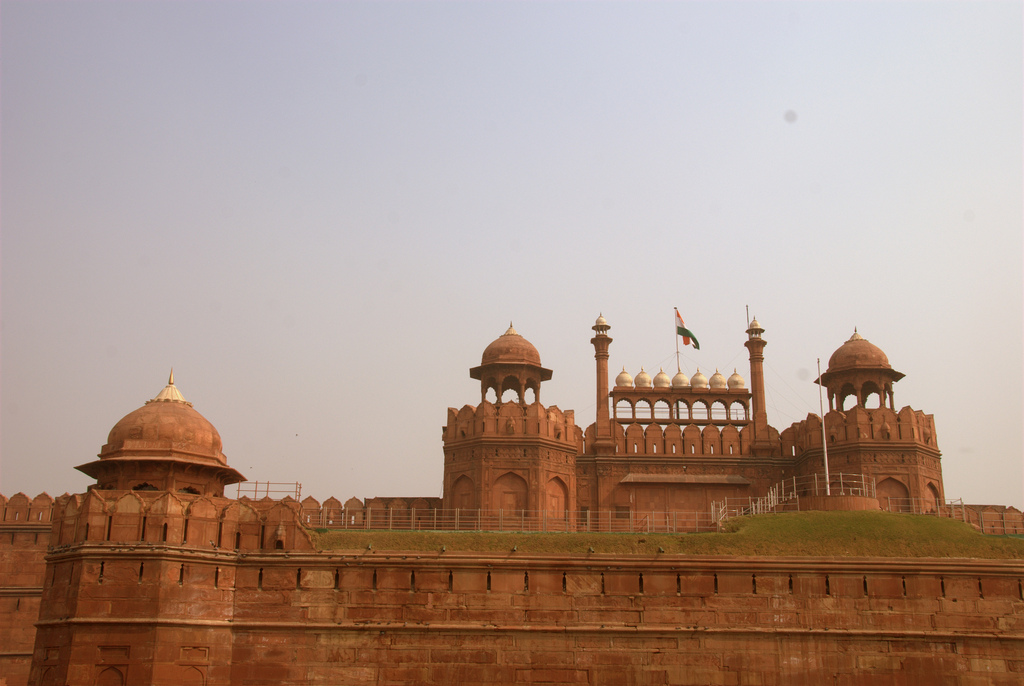 is a 17th century fort complex constructed by the Mughal emperor Shah Jahan in the walled city of Old Delhi that served as the residence of the Mughal Emperors. It also served as the capital of the Mughals until 1857, when Mughal emperor Bahadur Shah Zafar was exiled by the British Indian government. It was designated a UNESCO World Heritage Site in 2007. The planning and aesthetics of the Red Fort represent the zenith of Mughal creativity which prevailed during the reign of Emperor Shah Jahan. This Fort has had many developments added on after its construction by Emperor Shahjahan. The significant phases of development were under Aurangzeb and later Mughal rulers. Important physical changes were carried out in the overall settings of the site after the Indian Mutiny in 1857.