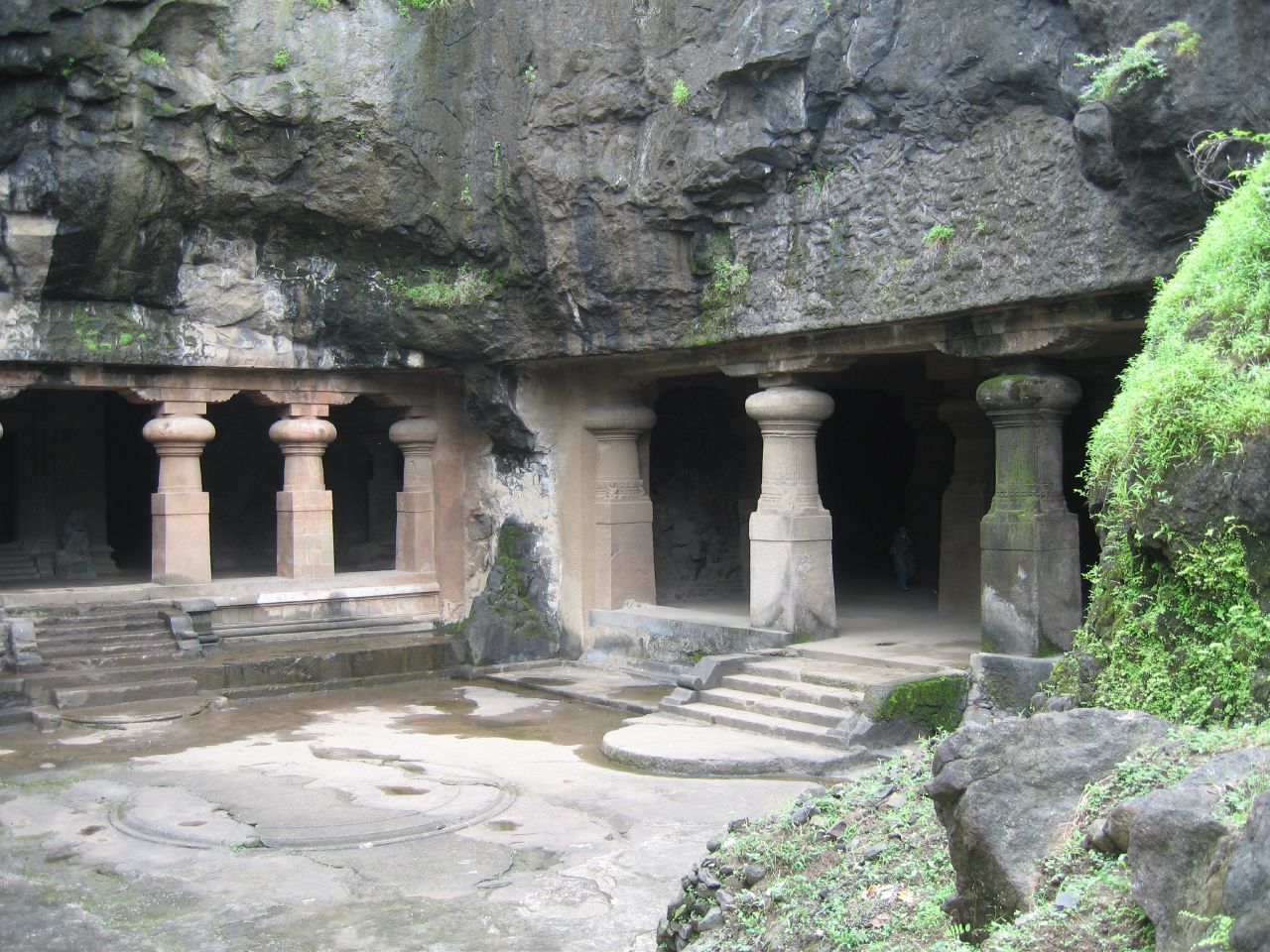 are a network of sculpted caves located on Elephanta Island, or Gharapuri (literally “the city of caves”) in Mumbai Harbour, 10 kilometres (6.2 mi) to the east of the city of Mumbai in Maharashtra. The island, located on an arm of the Arabian Sea, consists of two groups of caves—the first is a large group of five Hindu caves, the second, a smaller group of two Buddhist caves. The Hindu caves contain rock cut stone sculptures, representing the Shaiva Hindu sect, dedicated to the god Shiva.

The island was called Gharapuri and was a Hindu place of worship until Portuguese rule began in 1534. The Portuguese called the island Elephanta on seeing its huge gigantic statue of an Elephant at the entrance.