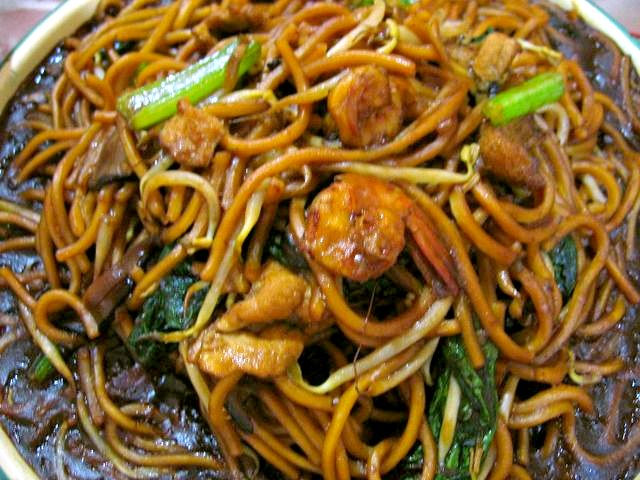 The story of ‘Indian-Chinese’ begins with a Chinese man, who was known by the name of Atchew or Acchi, after whom the settlement of Achipur (thirty-three kilometres from Calcutta) was named. Atchew, whose real name was Yang Dazhao, reportedly came to Calcutta in 1778 and established a sugar mill with the help of a grant he received from then Governor-General of India Warren Hastings, in exchange for the tea he had brought with himself. Dazhao subsequently brought in Chinese workers for his mill, and also hired runaway Chinese sailors. Thus, the saga of migration began.

Over 200 years, the Chinese steadily flowed into Calcutta for several reasons: An accidental legacy of British colonialism in Asia, ‘Indian-Chinese’ developed with the course of these  settlers escaping the ravages of the prolonged Opium Wars in Canton in the 18th Century, to a similar influx during the First World War, and Mao Zedong’s revolution, in the early 20th century. There were several communities among the Chinese; the most prominent of them being the Cantonese and the Hakka people.

The Hakka people of China are often called the ‘gypsies’ among the Chinese because of their settlements around the world. Chinatown, or Tangra, which is in the Dhapa area of Calcutta, seems to have begun with 18 businessmen from Canton (modern-day Guangzhou) who established tanneries in the area. Anthropologist Ellen Oxfeld traces the journey of these men from immigrants to factory owners in her book: Blood, Sweat and Majhong: Family and Enterprise in an Overseas Chinese Community.

Calcutta was then, the capital of the British Empire (the capital shifted to Delhi only in 1911) and was perhaps the most important port in the eastern quarter of the vast Indian Ocean trade whilst the British Raj reigned. Since caste structures in India dictated that only the lower castes could work with leather, the leather enterprise was lucrative for the Hakka immigrants looking for work flowing into Calcutta.

Consequently, Calcutta became the only Indian city to have a ‘Chinatown’.

‘Indian-Chinese’ cuisine developed in the kitchens of these immigrants, as they encountered new ingredients, local staples and new cooking techniques. Over the years, what was locally available was steadily adapted to the culinary heritage they brought with themselves. As the Chinese carved a place for themselves within the Indian urban milieu with flourishing businesses in carpentry and leatherworks, they began to organise their community.

One of the ways in which this organisation was done, was by constructing temples to Chinese deities, while yet another was the establishment of schools that instructed Chinese children in their native dialects. Restaurants and eateries were also an important part of the community building process. They served as public places where the Chinese could gather at the end of the workday with familiar food and company.

One of the most popular Chinese restaurants during this period was called Canton which was located in the Bowbazar Chinatown. Shelland Bradley, (Cornhill Magazine, 1924)  says that it was the first Chinese restaurant in Calcutta. Her account suggests that the restaurant was frequented, not only by the local Chinese populace, but also the Indians and the Europeans.

It served Cantonese delicacies such as ‘bird’s nest’ and ‘flesh with shark fin’ alongside ‘Chinese-Indian’ dishes, such as ‘Chinese curry’ in addition to some European food as well. Furthermore, the restaurant was popular because it served liquor which was not easily available to the local Chinese people. Another equally legendary restaurant was called Nanking. These restaurants also doubled as places where the Chinese could come to smoke opium, describes Bradley in her account.

The Chinese community in Tangra is about 4,000-strong today. One of the more lasting traditions of the community is the famous Chinese breakfast of Tiretta Bazaar, or Old Chinatown. Early in the morning, the streets of this area fill with the aroma of delectable pork buns and sui-mai, sold from the stalls of street vendors.

There is, perhaps, no greater testimony to the impact that the Chinese have had in Calcutta, than the impact on street food. Noodles and momos proliferate the very innards of the city with small stalls selling a variety of ‘Indian-Chinese’ dishes such as chili chicken and chicken drumsticks.

These stalls are owned and run by Indians  who mix Indian flavours liberally. A case in point is the yellow chili sauce that comes with chow mein, which tastes more Indian than Chinese. The chow mein itself is interpreted variously, with some shops choosing to serve it with raw cucumber, onions and carrots on top. And, thus, to this day, ‘Indian-Chinese’ remains a continuing symphony of two culinary cultures.

Food, a Window into Culture and Identity: A Conclusion