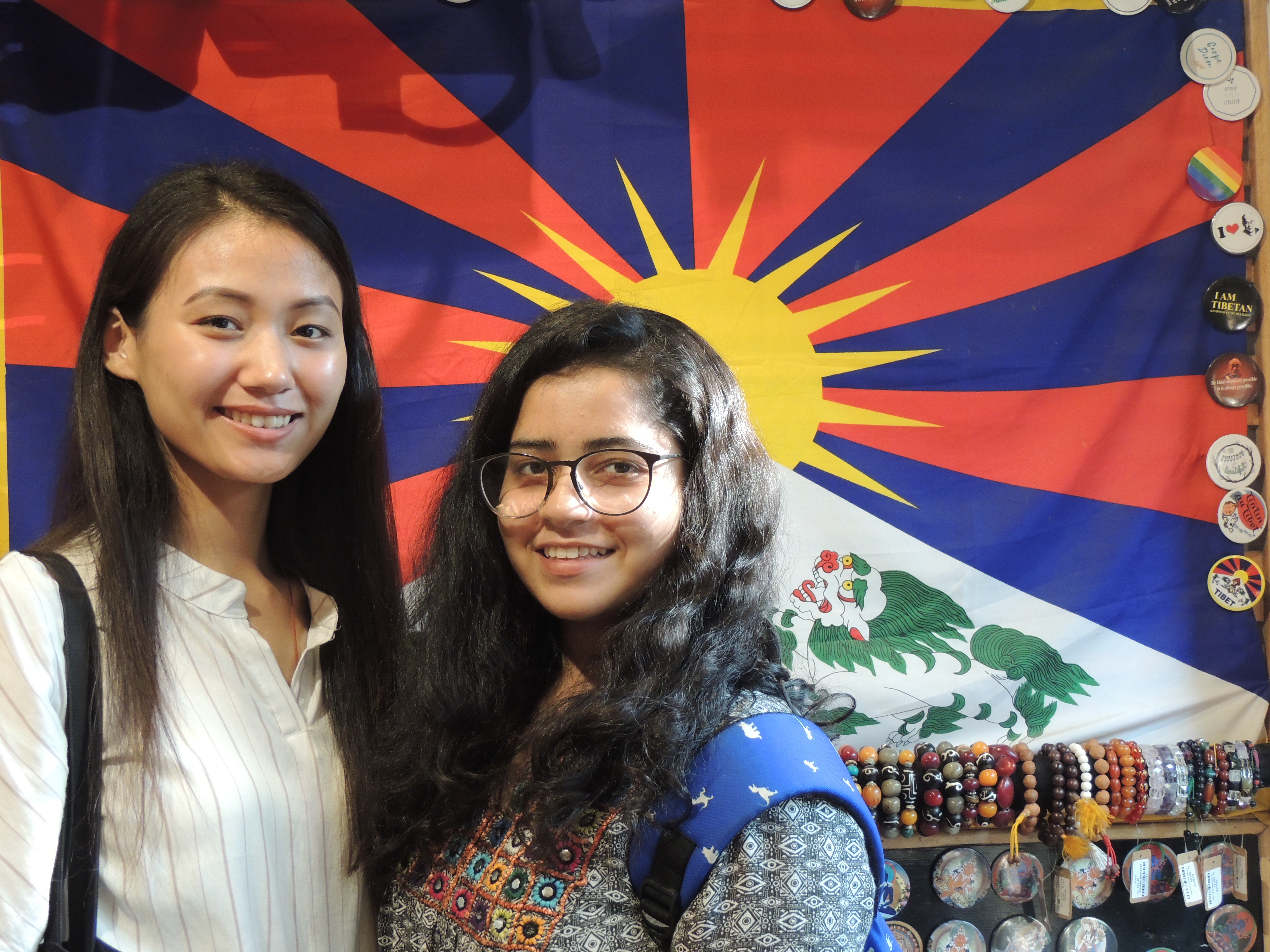 Ishi belongs to the Tibetan diaspora born and bought up in Nainital, India but her roots lie firmly in Tibet. Ishi’s grandparents came to India following the footsteps of his holiness Dalai Lama on foot from Tibet and entered India through Chhattisgarh. Ishi had always heard of Tibet as a distant homeland that once belonged to them, the stories of which her mother had always narrated to her.
Ishi belongs to Kham, the eastern state of Tibet and thus she calls herself a Khampan Tibetan. Being
born and brought up in India she has always been influenced by Indian culture. She was the only Tibetan in her school in Nainital and the Tibetan culture was only akin to her from her parents.

There are a lot of dissimilar cultural patterns but she finds certain similarities as well. Traditions related to the practice of Buddhism are quite similar, the chanting of ‘Om’ like that in Hinduism and some Alphabets of the Tibetan script are also found in Devanagari. Ishi is fond of Indian attires specially Lehengas. She is glad that Tibetan culture is also enjoyed by people in India as well as traditional food items like Momos, Thukpa and Tibetan bread are available in India as well.

Ishi introduced Tibet with some of the stories she has been hearing from her mother and how the
Chinese infiltrate native Tibetans. The environment there is pollution free to what one faces in India and the water is so clear that ‘one can see the fishes swim through’. There is a myth that surrounds the Tibetan ‘purity’, that diseases like cancer can be cured just by drinking the pure water there. She talked about Tibet as a civilization untouched by Chaos of Urban life.

People there usually indulge in the religious and spiritual lifestyle far from weapons, politics and terror, completely unaware of what the Chinese were going to do with their land.
The village where her grandparents used to live was in the foothills, the land was owned by his
grandfather. The houses there were constructed by the inhabitants themselves using wood in traditional style, untouched by modernity. When her grandparents took refuge in India they abandoned the land, a poor fellow later took possession of their land who is a wealthy person today, it is disheartening for her family that they cannot claim their own land.

Comparatively, in India which is not even their own country, they receive privileges of every kind redemption of taxes, reservation in educational institutions etc. Ishi is pursuing her education in Architecture and aims to help rebuilding Tibet after it gets freedom, as a lot of monasteries, public institutions and houses were destroyed by Chinese. She is not only reminiscent of her homeland but also has the vision to transform it and make it better. Ishi feels safe in India as Tibetan people have no rights and face daily atrocities from Chinese. But she does long to return to her homeland and live happily in her own country with her own people.

A Heritage Tour Through Salamanca

My tryst with cultural identity