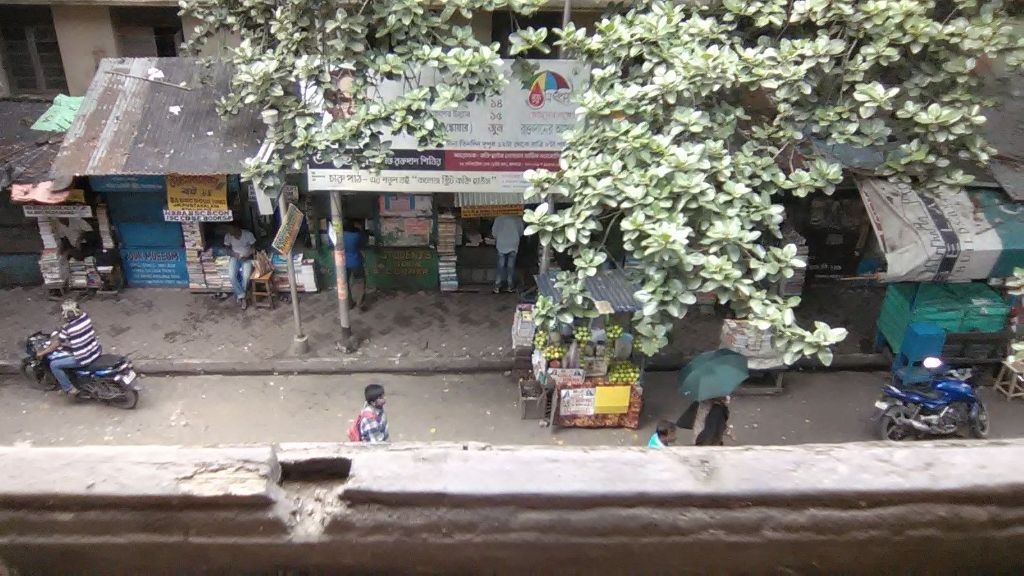 “Debates are the mother of solutions,
But, Adda is the father of debates!!”

Now, if there’s one thing that we Bengalis are extremely good at, its Adda, notwithstanding the several other fields Kolkata and Bengal, as a whole have excelled in! For any teenager living here in the City of Joy, a visit to the Indian Coffee House remains somewhat of an adventure to him. A claustrophobic building that would almost seem at the twilight of her existence, The Indian Coffe House lives, rather thrives in an ambiance of its own, an atmosphere that it has enveloped itself in through the couple of centuries of its existence. And at the centre of it all, lies the reason for its popularity, Adda. Adda is basically a debate of sorts that people have over food or over coffee, the only speciality being , it is much more evolved, heated and of course aggressive!!

To be very fair, Coffee House has always been the hub of intellectuals, the very place where stalwarts such as Satyajit Ray, Amartya Sen, Mrinal Sen and Aparna Sen have visited and spent time in. The walls of the Coffee House have been witness to numerous unorganized musical evenings to origin of ideas of maybe some the greatest creations from great minds that had once considered this to be their haven of bliss.

Today as the building stands in all its glory and prowess,irrespective of its age, any admirer would proudly accept the fact that over centuries this building, formerly the Albert Hall, during days Kolkata was the capital of East India ruled India has aged gracefully enough. This is one of the few examples where a heritage site has seen a transformation and evolved itself perfectly with the age it has been existing in. Who knows, the Coffee House has seen the sitar being played on an orange “godhuli” or late evening as it is known here in Kolkata, to an electronic guitar being played today, the strums filling the Hall at the cusp of the midday. College students, debaters, musicians, teachers fill the Coffee House at any given point of time and its hard to find a seat.

The history of Coffee House dates back to the 19th century, when it was built as the Albert Hall, the ballroom of the delegates of the East India Company. Time flew and the historical landscape of India underwent massive changes. From a nation dominated by a Western power, India rose up to claim its independence, needless to say, Calcutta leading the way. Oh how I wish, these bricks could talk!! They would have had so much to say!! As more and more agitation grew, Delhi replaced Kolkata as the capital of British ruled India, but Bengal remained at the forefront of the freedom struggle. Lives were lost, innocents were slaughtered but the fire kept burning. In 1942, the Albert Hall turned into a coffee joint and in 1947, with the independence of the nation, this coffee joint came to be known as “Coffee House”. Needless to say, the Coffee House served many purposes apart from just serving steaming hot cups of coffee. The Coffee House went through multiple phases of financial crisis but the very passion and love that thrived in it made it impossible to keep financial strictures close the place down for long. Hence stands the Coffee House today, the numerous chirps of people from different walks of life adding to the buzz of the Indian Coffee House.

Numerous stories surround the Coffee House, the primary of them being why the place remains closed for most of Sunday(it is open from 9 AM to 12.30 PM on Sundays). If local sources are to be believed, “disturbances” have kept the owners at bay on Sundays. They would rather keep the place closed than have to mysterious happenings to authorities. it may be noted here that Sundays usually were the days the British delegates used to use the Albert Hall for purposes it existed for, back in the days of the Lords and the Kings. Visitors restrain from roaming the stairs and the building after nightfall and the authorities see to it that this code is maintained. Another one of those unexplained mysteries!!

Irrespective of all mysteries and loopholes that surround it, we see Coffee House as one of the oldest, prestigious and classical places Kolkata has ever had. Cheers!!!

Getting to know HAMPI