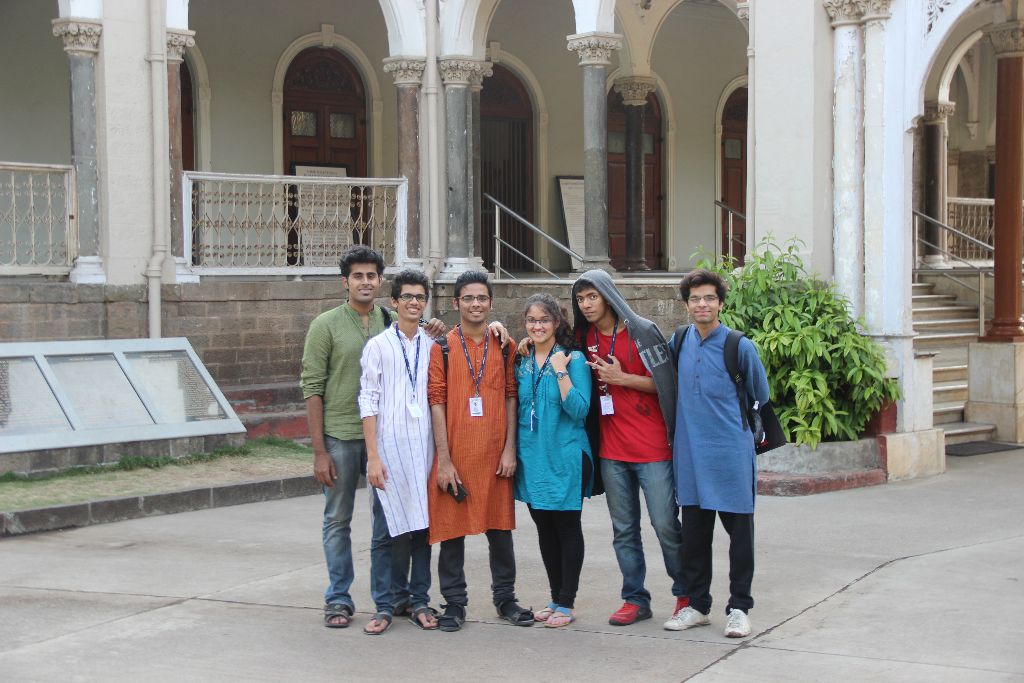 When the spark for humanity lightens up, the tasks are performed with alacrity. Legends are always deferential and this is the foremost reason why heritage accounts for glory. The grand Aga Khan palace was built by Sultan Muhammed Shah Aga Khan in the year 1892. Glorious deeds never happen with the blink of an eye, instead they are performed. Aga Khan Palace is an example of humanity at its best. There’s a plethora of stories about being generous and kind, but when it comes to Aga Khan Palace things take a turn for something miraculous. When Pune was hit by a famine, Aga Khan donated the palace as an act of charity for helping the people affected by it. In the recent years there has been a rise in the number of tourists visiting the venerable palace on accounts of many reasons.

Five of my friends whom I nominated for this visit are Payas, Shubhankar, Devyani, Sankalp, Yatamanyu. Being media students all of my friends have a fervent for travelling and exploring new areas of the city. Some of them would like to pursue a career in Travel Journalism. When I told them about Aga Khan Palace their faces had taken on the expression of beatitude. They were more than happy to visit the palace. My friends love to visit new places; they find interests in exploring the heritage sites. Also my friends find an interest in art and culture. The friends whom I nominated are from different parts of India and all of them find it very interesting to visit historical places. As soon as I told to them about this task they were more than happy to visit the palace. Every one of them was visiting the palace for the very first time and there was a feeling of thrill and excitement amongst all of them. I explained them the importance of Aga Khan Palace and the heritage related to it. This factor along with several others which are mentioned below helped me convince my friends to visit this place.

Indian Freedom Movement is one aspect which united the entire nation. Gandhiji and many other freedom fighters had a predilection for uniting the people of our nation. Aga Khan Palace served as a prison for Mahatma Gandhi, his wife Kasturba Gandhi, his secretary Mahadev Desai and Sarojini Naidu. In the year 2003, the Archaeological Survey of India declared this place as a monument of national importance. Gandhiji led a very peaceful life despite of the fact that he was imprisoned. He followed strict principles and adhered to all of them in every situation. One thing which tourists would find is that this place is an inspiration in many ways. It once had a team of intrepid freedom fighters. Kasturbha and Mahadev Desai died in this palace.

Gandhiji was not only a putative leader but he also led a very simple life pertaining to the natural principles of ultimate divinity. The things which were used by Mahatma Gandhi are still kept in the palace and this is one of the most important reasons why tourists get attracted to this place. The utensils, clothes, towel, chappal, mala, etc. used by Gandhiji are kept safe in the palace. Gandhiji’s quotidian schedule began with a prayer and this principle is followed till date in the palace. When his secretary passed away Gandhiji had written a letter and this letter still lies safe in the palace.

Gandhiji was fervent about Khaadi and all the Indian products. There is a shop in the palace which sells khaadi or cotton handloomed clothes and textiles. Also the products which are homemade are sold here and this is another reason which attracts a lot of tourists. The palace covers an area of 19 acres out of which 7 acres is built up area. Certain events were one of the vicissitudes of our life but there were many events which helped us gain the Independence. It comprised of the contribution by many freedom fighters and leaders. All of them have been compiled and kept in the palace. One gets acquainted with the original Indian culture as authentic things are kept in this palace. This palace is the headquarters of Gandhi National Memorial Society.

The passion to lead or to bring about a change is congenital in few people. At times many sides become irreconcilable but when it comes to Freedom Movement people do unite. This palace is a perfect epitome of the true freedom struggle.

Fun with Friends at Jamali Kamali