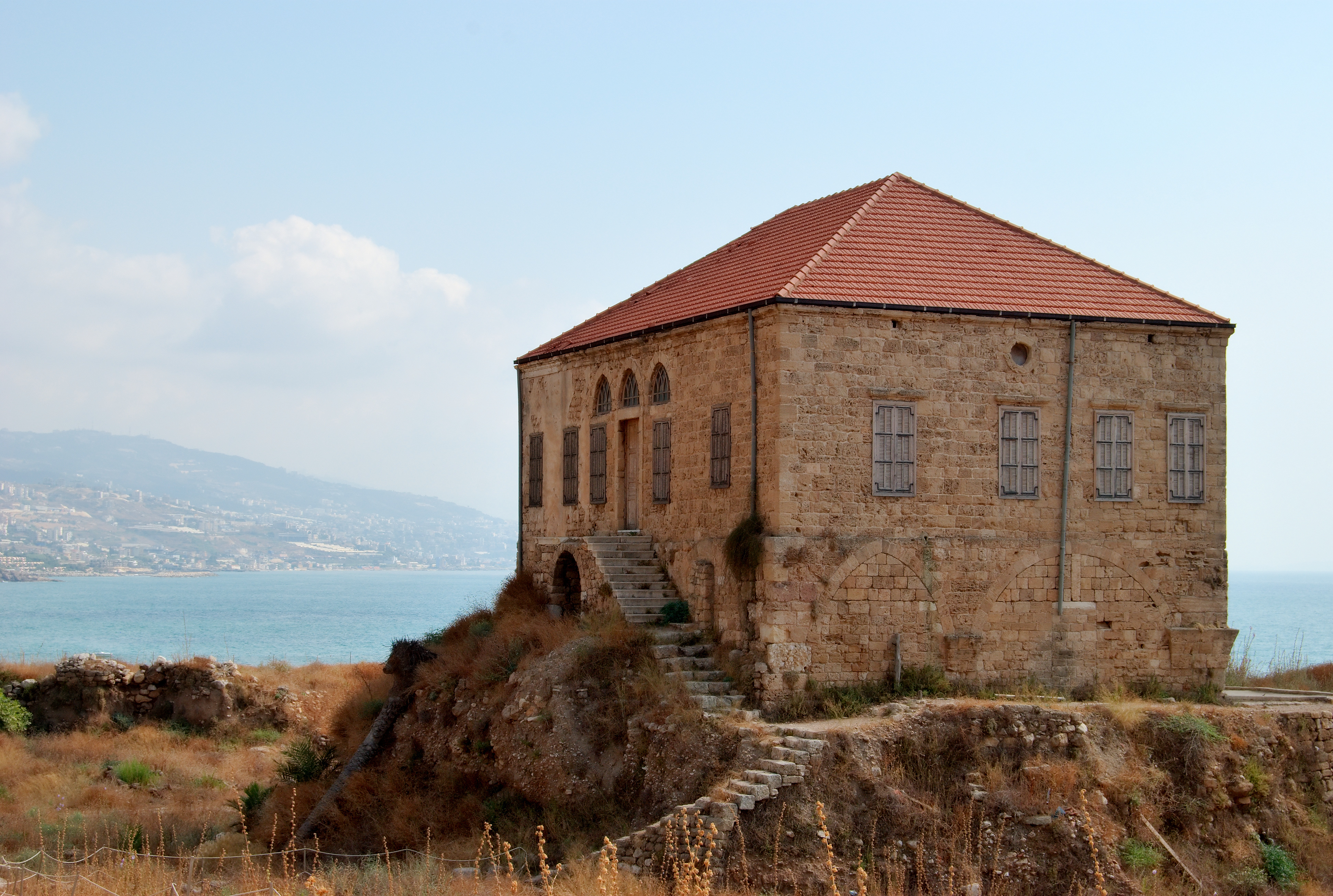 May I take you to the land of comfort, to the mountains that are looking over the Mediterranean Sea, to the territory of serenity and tranquility upon the Lebanese seafront?

Suddenly, silence is disrupted.  Harmony is interrupted by ‘’ a desirable scream ‘’. The beauty of architecture and the harmonious ambiance takes over the shores of Byblos, where  a house stands alone making our jaws drop in amazement. One who is not aware of the true essence of architecture, of its characteristics and harmonious elements, would still grow fond of this building. But if one is familiar with the components of construction, along with the aesthetic side of it, sees in this building mere astonish.

During the 19th century, long before the invasion of concrete, the bulkiness of reinforced buildings, the high towers, the architectural concepts, and its role in one’s daily life, architecture existed for a whole different purpose.  Dwellings were built for their use as shelter, for creating a roof over one’s head, for an escape from the outside world, and even for the protection of animals. The reproduction of these houses became the symbol of this country’s vernacular architecture; a trademark of Lebanese culture. Throughout the time, this prototype house became the illustration on our postcards, became the image of our beloved country internationally. However, today, with the evolution of architecture and the construction techniques, people found it easier to reproduce this kind of housing.

The vernacular architecture is reflected in the domestic living units. The local building techniques depend on the geographic location of the site and the needs of the inhabitant in addition to the availability of the materials. These construction customs are passed on from one civilization to another.

The typical Lebanese home is usually square and built of stone with a pyramidal red-tiled roof. The houses are known for three elements, the composition of the plan, the materials used, and the aesthetic elements. The very simple geometric composition is reflected in the plan. A central hall serves all the rooms in the house cancelling the need for corridors: all the actions mechanism from the central hall onward. Furthermore, the orientation is frequently South-West, exposed to prevailing currents of air, in order to maximize air flow inside the house creating natural ventilation. The ceilings are higher than usual and allow the heat to go up and regenerate fresh air all year long regardless of the outdoor weather. Nevertheless, in the mountains ceilings are lower in order to conserve the heat during the cold winter nights. Houses usually benefit from immediate surroundings, that serve as gardens, terraces, or  vegetation grounds. The composition of the facades is usually a triple arcade window from one side with a suspended balcony and high windows and doors from the other sides. Staircases are suspended with steel structure in order to get to the upper levels.

The interior is usually vaulted with columns supporting the weight to the roofs.The most familiar material used is stone, and it is used in very refined ways. The building techniques may vary, but it has been an ancestral know-how to build arcades, windows and stairs.  The red tiles are originally from Marseilles, and were used to cover roofs since the late 19th century, prior to that, compacted mud was used in order to construct flat roofs. Ornamental elements such as arches and vaults are inspired from Italian styles and Islamic architecture origins. In addition to lean columns, made of stone or marble that support the arches.

An arcade is constructed with stones, it is the key stone that handles the weight of the structure with the absence of steel. The beauty of our traditional house lies on the division of spaces, whether it is a central hall house, a liwan, a riwak, or a simple rectangular one. Its interior is intriguing because of the construction techniques that lead to this aesthetic finalization, a vaulted corridor for example, along with the interplay of light and shadows.

Living among ruins: The inhabitants of Hampi