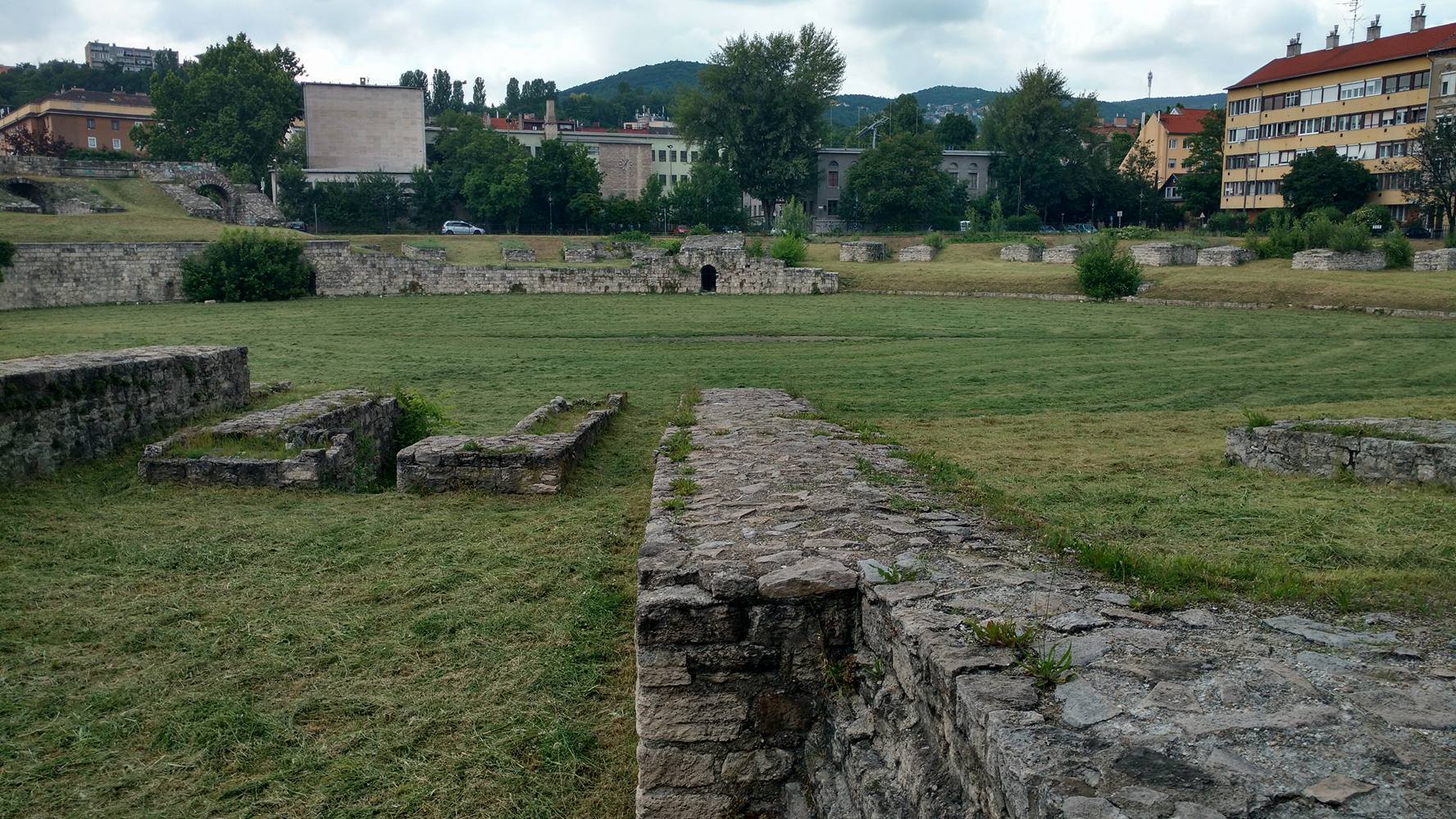 If we take a long walk in Old Buda, Western part of present-day Budapest, we might discover a lot of remains of the Roman Empire. It starts with hidden columns in the park at Flórián Square, then we remain astonished by the random statues, tables, tombstones and mosaic floors situated in the subway, surrounded by the still ongoing excavations. We can relax on the rocks of the Military Amphitheater, finally it is highly recommended to visit the Aquincum Museum.

Aquincum was the largest town in Pannonia province (the Western part of Hungary), as part of the Roman Empire, from the first century BC to the fifth century AD. The ruins date back to the second century, when the city had around 15,000 inhabitants. The ancient city had a military town and a civilian part. As military base (castrum), it was part of the Roman border protection system called limes.

The first Roman ruins were found in 1778 by a wine maker. Since then, more of the area has been excavated; however, so far only one third of the former settlement has been excavated. Besides Aquincum, Hercules Villa (accessible only as part of a guided tour) and Thermae Maiores (Big Bath, a former Roman bath complex) are open to the public. If we want a complex discovery, we have to take the suburban railway (HÉV) to Aquincum, and after wandering around the nearly 2000 years old ruins of the civilian town (buildings, forum, Mithrász sanctuary, Civil Amphitheatre, bath etc.) we can step into the museum itself, where we can make a well-guided reconstruction of the ancient city.

Personally I see these ruins every day, since I am living in the 3rd district of Budapest, which means Old Buda (Óbuda, united with Pest in 1873). It was a unique experience when I entered the subway for the first time and I felt like partly being in Ancient Rome. The most interesting part about these remains is that one part can be found in Budapest (Old Buda), while the other part is nearly out of town. Thus, we can discover the ancient borders of the capital, and attach somehow to the Roman Pannonia province.

The tragedy of Superga