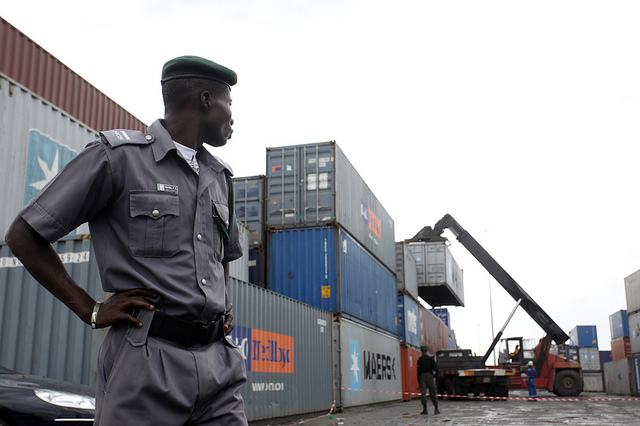 Atlantic trade has been of immense importance in Nigeria since time immemorial.

The Atlantic Ocean has served as a route for the evacuation and importation of valuables ranging from people , and goods (such as cocoa, rubber, palm oil, groundnut, mangrove firewood, timber, coal, crude oil and other mineral resources) in Nigeria since the advent and decline of practices as old as slave trade.

For the purpose of trade and easy distribution of these resources, several channels were established across the Niger Delta region and coastal areas in Nigeria. According to Alagoa (2014), structures for Atlantic trade were set up in Nembe, Port Harcourt and several other coastal cities of the southern Nigeria. Most means of transportation in Nigeria by rail, road and water were mainly developed towards delivering goods to and from the Atlantic Ocean.

Port Harcourt city was designed and built to access the resources from southern Nigeria. For the purpose of the Atlantic trade, the Port Harcourt City and Lagos state was developed because of the presence of deep water near high ground.

Several cultures and areas such as Nembe, Bonny, Kalabari, Okrika, Ogba, Echie, Ogoni were all connected during this period. The economic trade route of the Atlantic Ocean may be viewed as being synchronous with coal, forest resources (palm produce), merchandising, petroleum resources. In the present age, the variety of goods and services exchanged has grown to be innumerable since the initiation of this route.

Port Harcourt doubled as the seat of government and a commercial hub, ranking next only to Lagos. Commercial activities increased astronomically, to such an extent that Port Harcourt port soon joined that of Lagos (Apapa), to handle the bulk of Nigerian Ocean shipping. Hence, the Port Harcourt port and Lagos port contributed the most in value of export and import to Nigeria within the period of 1950 to 1960, and are inseparably linked to Nigerian trade via the Atlantic Ocean.

Aquileia and the importance of its roads

A dip in the Miniku River