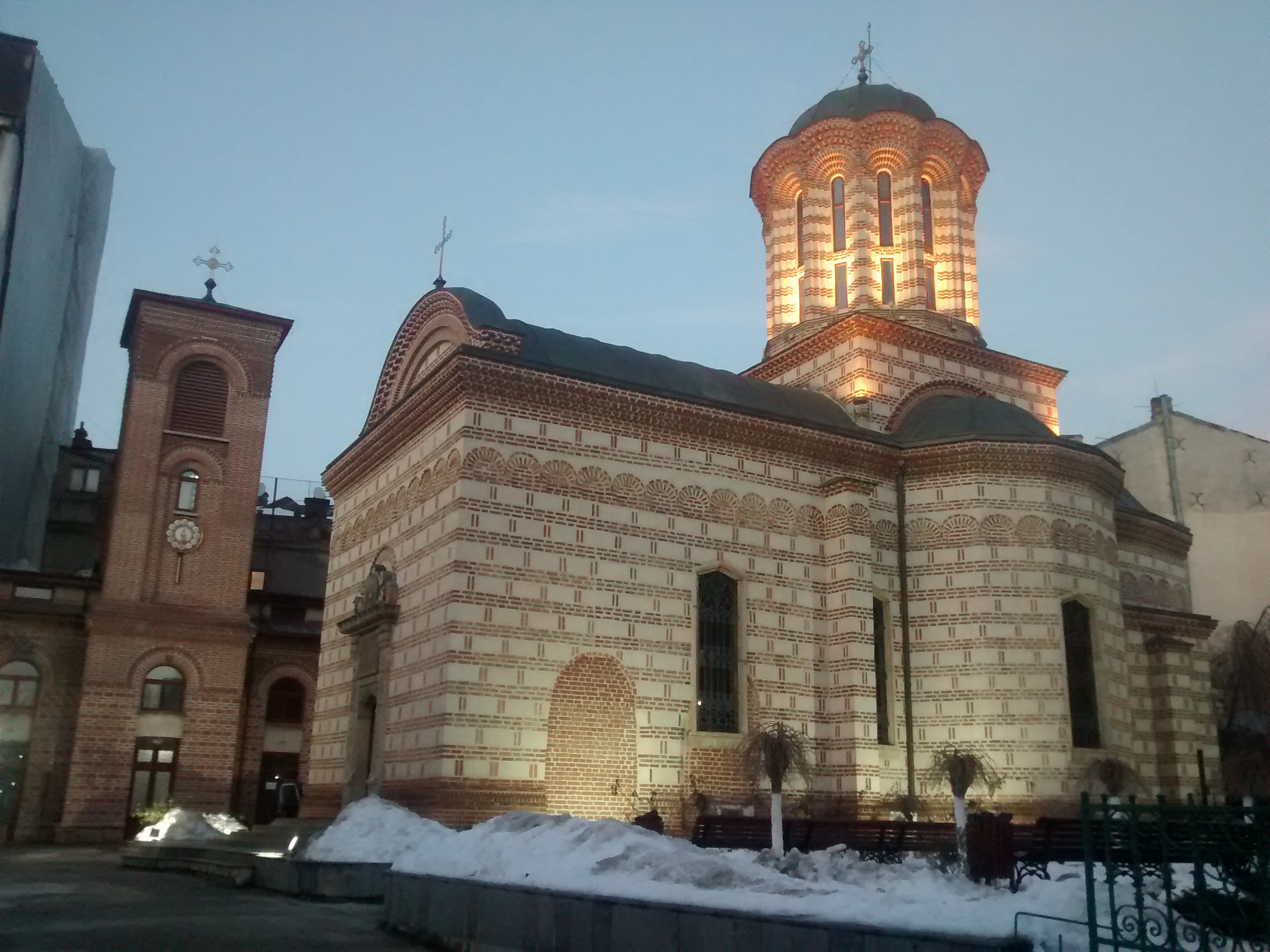 I received with great enthusiasm the news of being accepted into GoUnesco IP and, in consequence, I’ve been anxiously waiting for the first task. Reading its description for the first time, it sounded like a piece of cake, but soon after starting the research, it turned out not to be like this. While all the documents were directing me to one church, the moment of truth was just when I arrived at the site and I saw the ruins of The Old Princely Court laying next to it I could find my answers.

The Old Princely Court in Bucharest

Nowadays it stands as a ruin, open air and covered basement just in the Old Town zone, in the center of the city. Set up as a museum, it reminds about the beginnings of this city, displaying the oldest historical remains of Bucharest, from the XIIIth century.

It was first built by Mircea the Elder as Bucharest Stronghold between 1386-1418. The stronghold had masonry walls and was surrounded by retrenchments. During the centuries it kept being destroyed and rebuilt, due to the necessity of defense against the Ottoman attacks. Bucharest used to be the second capital of the Princedom and starting from 1660 until nowadays it stands as the only one (today the capital of the whole country of Romania). In consequence the old stronghold receives the statute of Princely Court and improves its condition every time a new prince came to rule. During the period of glory, the Palace extends to a surface of 25.ooo square meters together with the gardens all around. The whole assembly contained the palace, The Annunciation church (built in the XVth century), houses with guest halls, chancelleries, stables and gardens. Unfortunately, the period of glory also represents the last era the palace will ever be used, falling into desolation during the times of the Phanariotes (1714).

The remains had to face the following earthquakes, fires, neglect and were abandoned. Later, people used them as foundations for building their houses. Until 1969 it was thought The Princely Court was entirely destroyed, when the area was penetrated by new streets. The ruins restored and for the first time arranged as a museum. Today, the museum hosts the ruins of The Old Princely Court as well as fragments of the previous strongholds.

Unfortunately, the museum, and, in consequence, The Old Princely Court, are currently closed due to consolidation works. The church is still used for its original purpose and it’s open most of the time for visits, ceremonies and prayer.

The museum is also hosting events every year in September, during the Bucharest Days.

*The photos attached to this article were previously taken by me, during different visits.

Sainte famille Church, Heritage to the Rwandan painful for memory