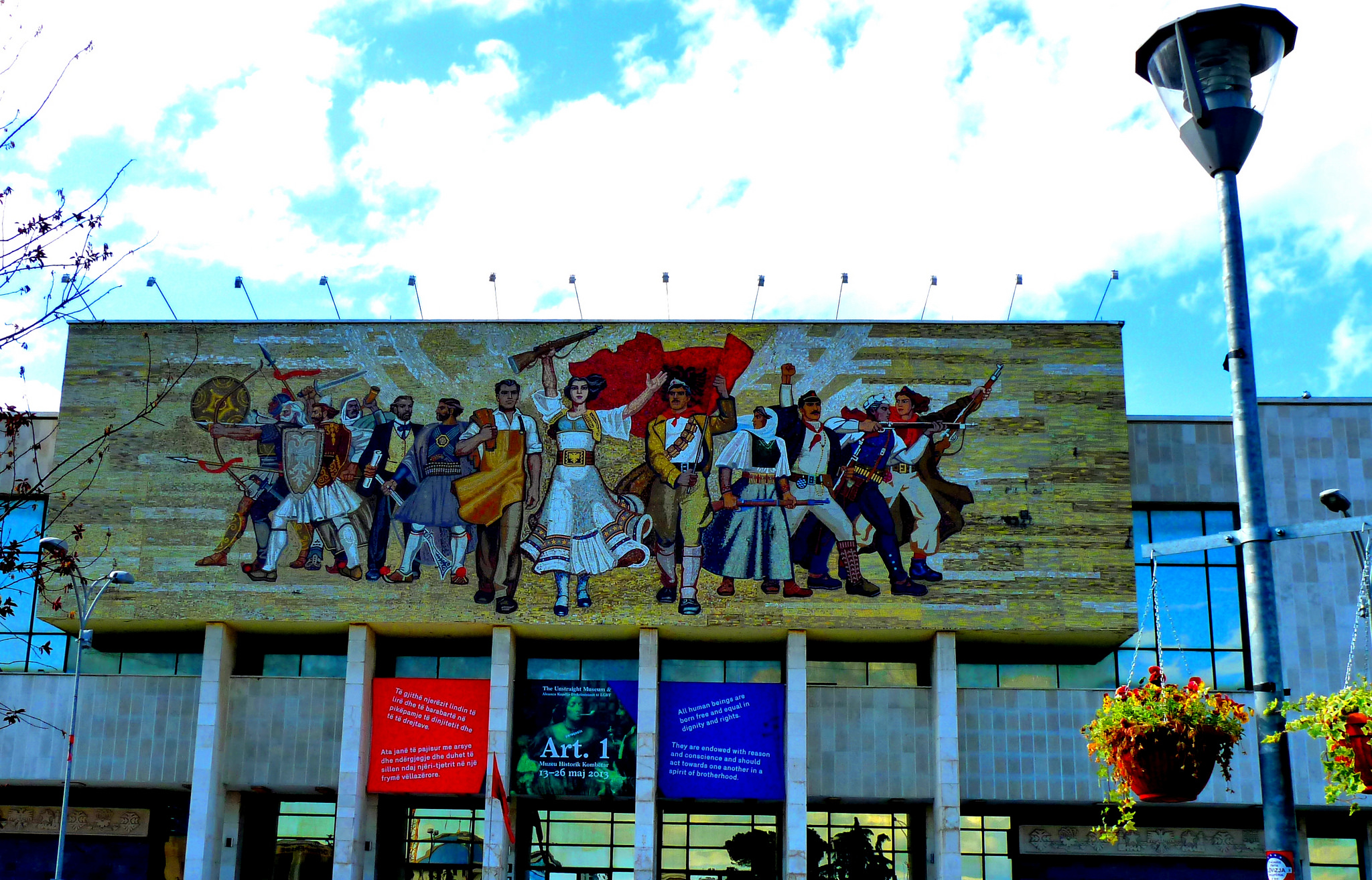 One of the darkest periods for Albania is the Communist era. In this epoch, because people weren’t allow to voice their opinions, do something that deviated from the rules. There was a lot of mistrust, due to everyone spying on each other and tattling to the government. In every home, there’d be ‘bugs’ who were messengers of the authorities. This made individual autonomy a myth.

Let’s go on to look what we did on our excursion to the Stepia Me Gjethe. It was a very hot Sunday and different from the other days; the Tirana’s streets were almost empty.Since I had already been there, before I became the tour guide for the girls. I started explaining the purpose for the opening of this museum, and the significance of the exhibits within it.. I came to understand that going to such places for people of my age is a very unique experience because since we were born after 1990. Trying to think about life in the era of Communism is pretty much impossible unless we are shown!

We were able to understand the nature of Communism through the various exhibits. They included letters exchanged leaders, as well as between spies. There is also an exhibit of equipment used to scope out people’s activities, such as radios and telephones.

Mostly of people would ask what was the funny thing on going in a museum with such a specific theme? For me the reaction os participant’s to the displays, to the videos that we saw, were quite funny.  To know that the only place where people believed that there was no bugs were the public toilet was really hilarious for me to think about.

One of the best areas of the museum was one room that was decorated like a typical living room in almost every house on Albania. There were the armchairs, the sofa, the table, the fridge, radio and television which were all local products and for us that was the only part of the museum  that we were very familiar to.

It was fun seeing that image of an Albanian typical living room again, since even after 1990 was the same decoration for mostly of the houses.

#Makeheritagefun: The blue plaques of London

From Channapatna to White House: A tale of wooden toys