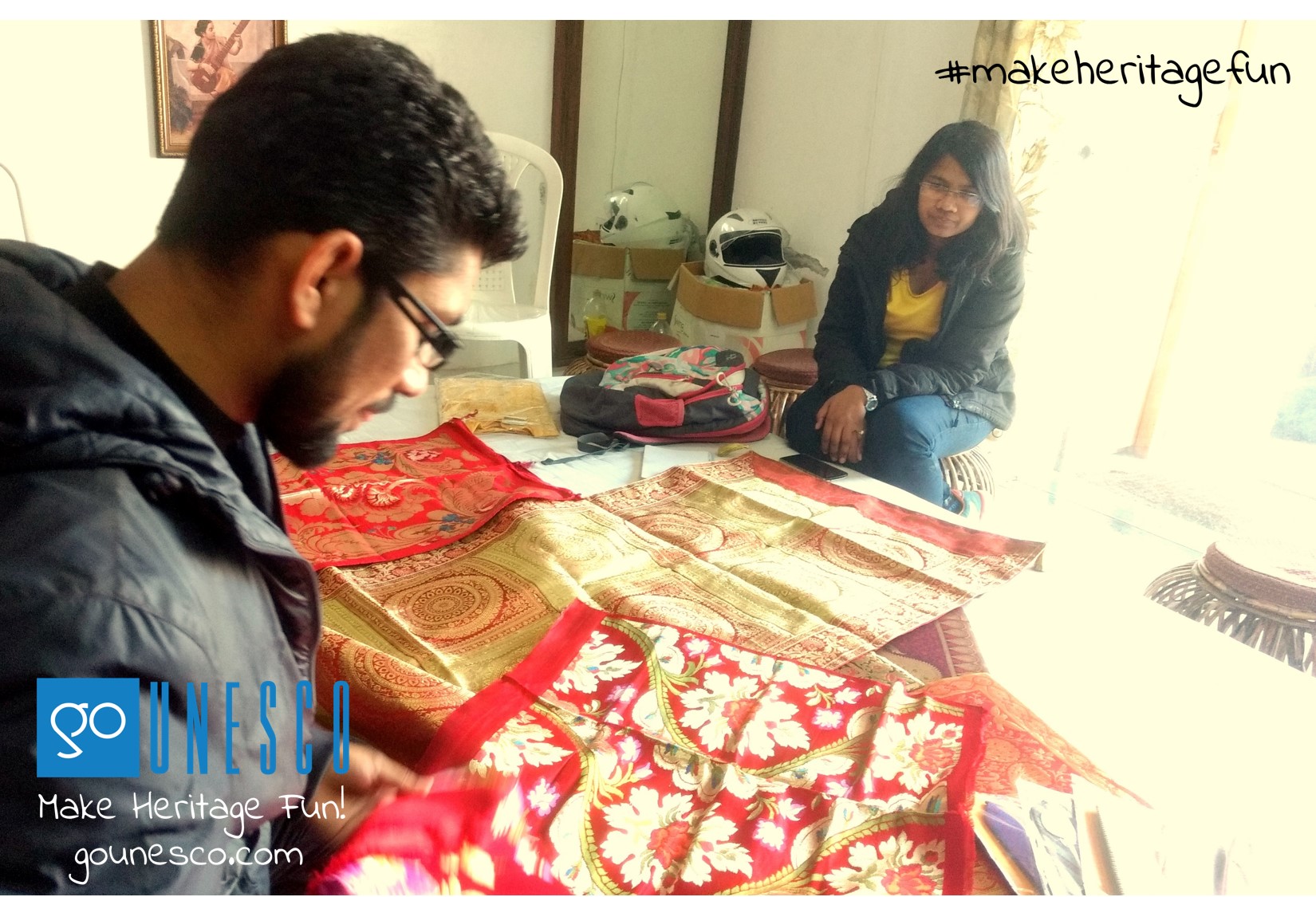 The handloom industry dates back to ancient times. It still thrives today among the artisans of our country.

The Evolution of the Indian Handloom:

Indian handlooms were first uncovered at sites in Egypt. Several cotton fabrics of Indian origin were also found in Mohenjo Daro. Other instances are dotted across history, and these prove the antiquity of the Indian handloom. Vedic and Buddhist literature too, feature several mentions of the handloom.

Prior to globalization, all natural fabrics like silk and cotton were handmade. At the time, khadi was immensely popular. The emergence of technology led to faster processes to create weaves. A finesse was added to the products made, and weavers greatly benefited from this. The export of goods woven in India allowed weavers to showcase their talents on a global scale, but several economic discrepancies were involved.

Indian handloom has a special place for itself in India and abroad too. With so many varieties of handloom from different states, India has collected a precious wealth of innovation.

Banaras and the Color Palette of the Weavers:

Banaras (now Varanasi) has long been famous for its Brocades and Sarees. The exquisite fabric was produced by wearing with warp & weft threads of different colours materials. According to ancient texts,  gold and silver threads were woven into the fabrics made for novelty. This practice became rarer later on.

The cost of such brocading was very high in handloom so cheap dyes from Europe replaced vegetable dyes. This brought in a feel of products being ‘manufactured’. The ideology of the cultural industry crept into the Indian context.

The colours usually used in the Banarasi brocades are indigenous and show varied, dazzling tones. The import of European chemical pigment, however, considerably influenced the local taste, but could not replace the original. This vitally changed the entire out look of the Banarasi manufacturers, their colour-sense was irretrievably lost and consequently led to the decline in taste. Certain weavers, induced by the traders, still produce incredibly bad motifs, most inspired by cheap Edwardian or Georgian prints.[2]

An Interaction with A Supporter of the Arts:

Shadab, a 35 year old young entrepreneur whopromotes the handloom industry of India in a new and creative manner. His main idea is to provide the mastered weavers the remuneration they deserve. Being an empathetic person, he decided to act as a bridge between the market and weavers based in Banaras.
Keeping his this ideology in mind, he started a shop of his own in Dehradun.  He sells an array of handlooms like Brocade, Tanchui, Kadwa, Zari, Bangalore Katan etc. These handlooms are made by the Banaras based weavers and profit is been shared with them.

1. When and where you started?
Ans 1. I happened to visit my hometown i.e. Benaras in 2010, when i came across this dazzling collection of Banarsi woven fabric. I knew this stuff fetched good price in the market but was aghast at the sorry plight of the weavers who make these fabrics. It was this urge to bridge the huge pay difference to the weaver that motivated me to start a venture on my own. It was social responsibility that motivated me to do this!
2. Do you think you have achieved what you wanted to? What is your future plan?
Ans3. I feel am on the right path but this is just the beginning. Handloom weaving is huge. And so is its potential in this ultra modern age.. its miles n miles to go right now.
3. Your relationship with the weavers?
Ans5. I have practically grown with them. Know their families, their children, their everyday challanges; how they struggle to make their ends meet. So its a close knit relationship in which i have much to learn about fabric and weaving and they seek the educational, moral and monetary support they so very need to make their tomorrow brighter and stronger.

It is thus clear that the treatment given to artisans in the Indian subcontinent has changed over time as well. The welfare of our country’s creators and artists would enable the cultural expression of our ‘Indian-ness’ in the most innovative way possible!

The Magical Hands Behind Bell Metal Casting in Madhya Pradesh

Chanderi Sarees: The glory of Bundelkhand