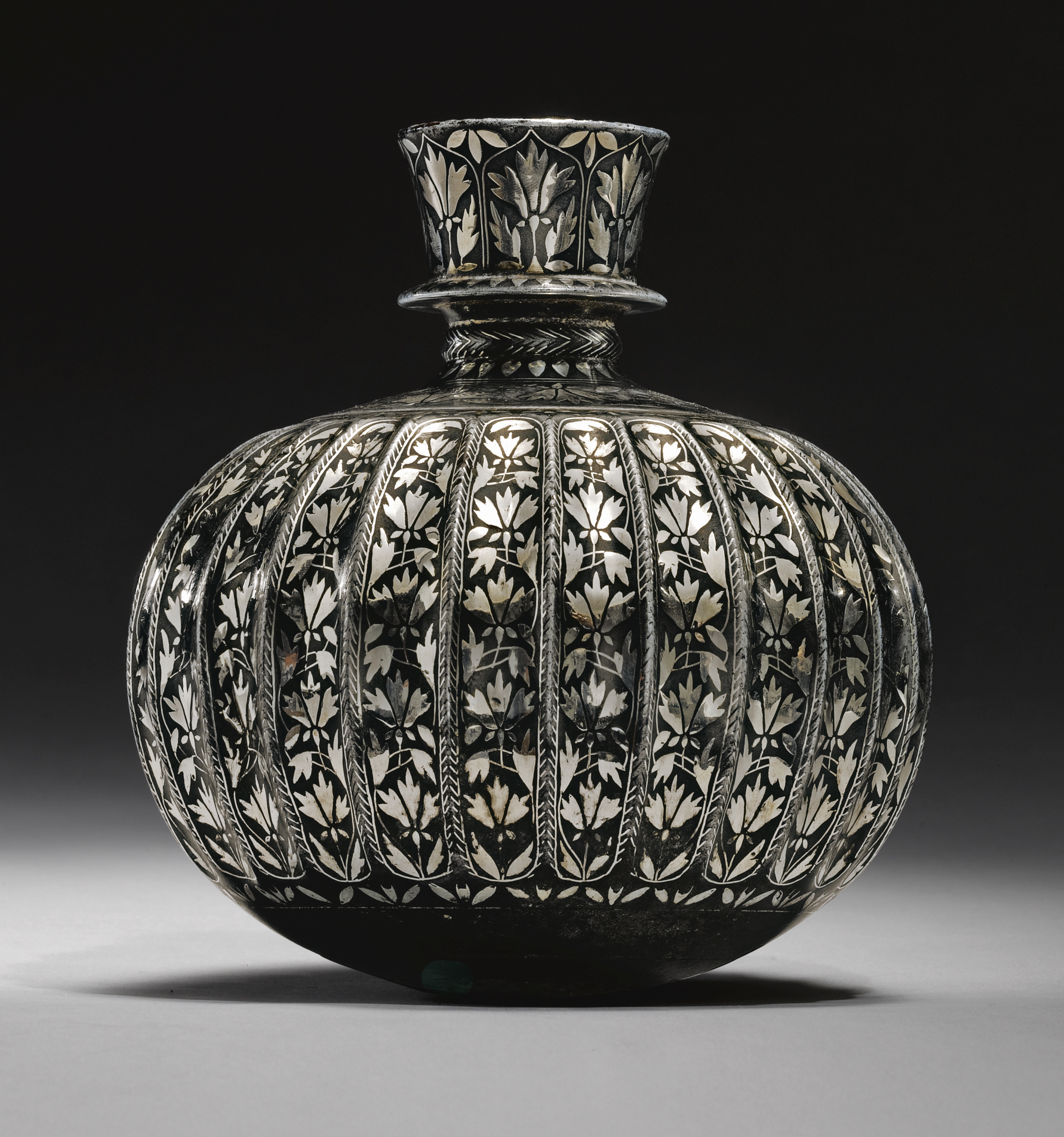 The Techniques Involved in Bidriware:

The term Bidriware originates from the township of Bidar. Bidar is the chief ‘headquarters’ for the creation of this form of metalwork. The intricacy involved with Bidriware designs makes it a popular choice for exported crafts as well. Blackened alloys of zinc and copper are the ingredients used to make Bidriware. A sheet of silver is also applied to prevent oxidation.

The soil used in the making of Bidriware is that which is native to Bidar. The soil used is tasted by craftsmen in order to tell its purity and suitability. The low levels of exposure that the soil has to sunlight and rain give it great oxidising properties. One must be experienced to tell whether the kind of soil being used is suitable or not, and the skills are passed on from generation to generation.

Bidriware originates in ancient Persia. It came to India through the followers of Khwaja Moinuddin Chisti. The form draws influences from Turkey, Persia and several Arab countries. The oldest record of practitioners of Bidriware mention Abdullah bin Kaiser, who was a craftsman from Iran. Sultan Ahmed Shah Bahmani invited the artisan to his court to provide creative assistance in the decoration of his palace.  Kaiser joined hands with local craftsmen and give birth to Bidriware under the rule of second Sultan Alauddin Bahmani. The art expands markedly and handed over to succeeding generation with time.

3.  Rehaman Patel – An artist based in Gulbarga has done an extensive research in Bidri Art collecting all evidence historical background of bidri.

4. Victoria and Albert Museum in London also have some collection on Bidriware.

To encourage the Bidri artwork many Exhibitions and Museums have been established across the country. These showcase a plethora of objects created using the technique. Some of these are as follows:

Intricate and effortful art forms such as the Bidriware prove how craftsmanship in the Indian context comes with a necessity for patience and detail. The quality of most Indian handicrafts are determined through the level of detail involved, and hence, Bidriware stands in esteem among the diverse range of crafts that exist across the country.

The untold bequest of Jahan Begum’s Tomb in Karnataka