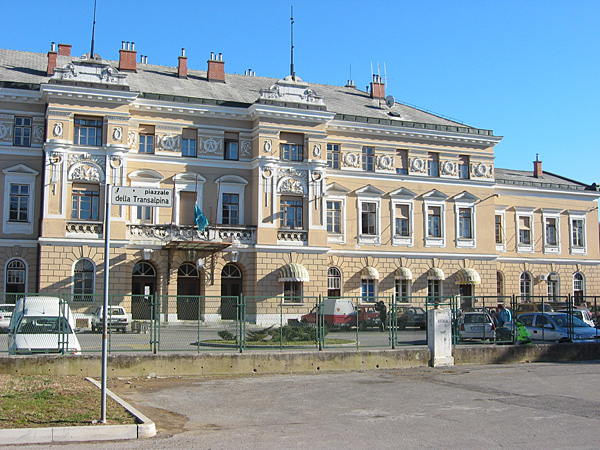 So many photos of this square were not necessary to realize it is not beautiful. It is neither coloured nor architecturally interesting, yet it tells a story. Try to imagine this square split into two parts by a two meters high wall: that’s exactly how it was until 2004, because Piazza della Transalpina in Gorizia is half Italian and half Slovenian. It is not a piece of art, but it is a piece of heritage.

Today, thanks to European Union’s Schengen agreement, signed by both of the parts, the square is open: you can go “abroad” just making a step more, but it’s not always been like this. Before the First World War, all the city of Gorizia was Austro-Hungarian, when it finished it was declared Italian, and then after the Second World War the city was split into two parts.

Just as the Berlin wall, it was not a border between two Countries: it carried the weight of dividing the communist world from the capitalistic one, the “evils” from the “goods”, as well as brothers, sisters and lovers. Nevertheless, you have probably never heard about this wall before now.
Even though people today cross it often, on the floor you still find a brick line that lies where the “last wall of Europe” was, and I can’t go there without stopping thinking about how many tears this square has seen and how many gunshots it has heard before people destroyed it.
Today, Piazza della Transalpina exists to remind us that no one gave us what we have: we fought for it, we died for it, and we have to keep it. Now that you know its story, you will probably be able to see the heritage nor of a country neither of two, but of everyone in this world.

Remains of a history: The Santa María Convent in Chiclayo, Perú