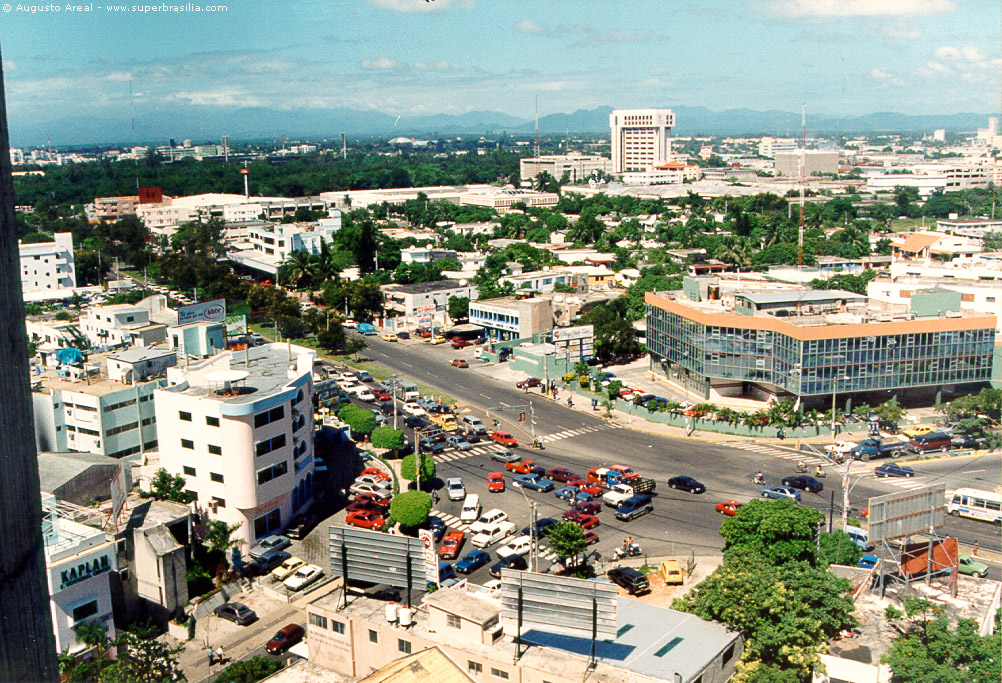 Santo Domingo, capital city of the Dominican Republic, is the oldest continually inhabited European settlement in the Americas, having been founded in 1498 by Bartholomew Columbus, brother of Christopher. The city has a long and fascinating history, having been victimized by pirates, overrun by slaves, re-named by a dictator and more. It is a city where history comes to life, and the Dominicans are justly proud of their status as the oldest European city in the Americas.

Santo Domingo de Guzmán was actually the third settlement on Hispaniola. The first, Navidad, consisted of some forty sailors who were left behind by Columbus on his first voyage when one of his ships sank. Navidad was wiped out by angry natives between the first and second voyages. When Columbus returned on his second voyage, he founded Isabela, near present-day Luperón to the northwest of Santo Domingo. Conditions at Isabela were not optimal, so Bartholomew Columbus moved the settlers to present-day Santo Domingo in 1496, officially dedicating the city in 1498.

The first colonial governor, Nicolás de Ovando, arrived in Santo Domingo in 1502 and the city was officially the headquarters for the exploration and conquest of the New World. Spanish courts and bureaucratic offices were set up, and thousands of colonists passed through on their way to Spain’s newly discovered lands. Many of the important events of the early colonial era, such as the conquests of Cuba and Mexico, were planned in Santo Domingo.

The city soon fell on hard times. With the conquest of the Aztecs and Inca complete, many of the new settlers preferred to go to Mexico or South America and the city stagnated. In January of 1586, notorious pirate Sir Francis Drake  was able to easily capture the city with less than 700 men: most of the inhabitants of the city had fled when they heard Drake was coming. Drake stayed for a month, until he had received a ransom of 25,000 ducats for the city, and when he left he and his men carried off everything they could, including the church bells. Santo Domingo was a smoldering ruin by the time he left.

The French and Haiti :

Hispaniola and Santo Domingo took a long time to recover from the pirate raid, and in the mid-1600’s, France, taking advantage of the still-weakened Spanish defenses and looking for American colonies of its own, attacked and captured the western half of the island. They renamed it Haiti and brought in thousands of African slaves. The Spanish were powerless to stop them, and retreated to the eastern half of the island. In 1795 the Spanish were forced to cede the rest of the island, including Santo Domingo, to the French as a result of wars between France and Spain after the French Revolution.

The French did not own Santo Domingo for very long. In 1791, African slaves in Haiti revolted, and by 1804 had thrown the French out of the western half of Hispaniola. In 1822, Haitian forces attacked the eastern half of the island, including Santo Domingo, and captured it. It wasn’t until 1844 that a determined group of Dominicans were able to drive the Haitians back, and the Dominican Republic was free for the first time since Columbus first set foot there.

The Dominican Republic had growing pains as a nation. It fought constantly with Haiti, was re-occupied by the Spanish for four years (1861-1865), and went through a series of presidents. During this time, colonial-era structures, such as defensive walls, churches and the Diego Columbus house, were neglected and fell into ruin. American involvement in the Dominican Republic increased greatly after the construction of the Panama Canal: it was feared that European powers could seize the canal using Hispaniola as a base. The United States occupied the Dominican Republic from 1916 to 1924.

Present day Santo Domingo has rediscovered its roots. The city is currently undergoing a tourism boom, and many colonial era churches, fortifications and buildings have recently been renovated. The colonial quarter is a great place to visit to see old architecture, see some sights and have a meal or a cold drink.

·         Palacio Borgellá, a building on the central Parque Colón (Columbus Square), which once hosted the Dominican Republic’sparliament

– Casa del Cordon, perhaps the oldest still-erect stone building of the New World (1502) with a   beautifully carved door frame in the form of a Franciscan monk’s rope belt (cordon)

– Casa de Francia, French Embassy since 1999 and thought to be the former house of Hernán Cortés

– Museo de Juan Pablo Duarte, in the house where the Dominican Republic’s national hero was   born

– Casa del Tostado, now the Museum of the Dominican Family (Museo de la Familia Dominicana), the only civilian building in the New World with a period gothic window

Santo Domingo’s Malecón is the traditional focus of nightlife; along with some of the city’s finest dancehalls, the promenade is crowded with outdoor restaurants and food shacks that slowly start getting crowded around 10pm and stay open into the early hours of the morning. Less known to outsiders are the nightclubs along Avenida Venezuela 1km east of the Río Ozama and Avenida Abraham Lincoln north of 27 de Febrero, easily the most popular clubs with locals but a bit intimidating for foreigners. In addition to the discos listed below, Avenida Venezuela boasts a host of smaller beer halls, pool halls and colmados that attract huge crowds nightly. There are also several clubs across the city that specialize in son – a slow, melodious Cuban groove with acoustic guitars and percussion that many Dominicans claim was born here – long popular and enjoying unprecedented respectability, highlighted by a citywide festival in March.

Keep in mind, though, that in 2007 due to an increase in night-time crime across the country, a strict curfew on drinking was imposed that shut all bars and dancehalls down at 11pm every night. These restrictions had the desired effect of lowering the crime rate significantly and have since been informally relaxed to the point where you can expect bars to stay open until 2am on most nights.

For some informal Dominican entertainment, check out the merengue périco ripao bands that wander the crowded colmados along Avenida Duarte in the early evening. A popular tradition with the local middle class is open bars, where the drinks are free once you pay the cover charge; check the Spanish-language website http://www.809k.com  for open bars across the city.

There are several Spanish-language websites devoted exclusively to covering the latest events in Santo Domingo nightlife; particularly well worth checking out before you arrive is http://www.uepa.com .

The Zona Colonial is the place for bar-hopping: at night the ruins are particularly atmospheric and dotted around them are a variety of working-class neighbourhood joints, jazz bars and slick clubs. The other major centre of activity is the Plaza Central shopping district in Arroyo Hondo, where most wealthy young Dominicans hang out. It’s counter-intuitive, but the busiest night for heading out to these bars is Monday, perhaps because locals need to fortify themselves in the face of a new week at work. The Malecón also has a number of popular informal shacks, with a few chairs and tables, that sell booze to the sound of blaring merengue.

Weekends see plenty of activity, but the busiest night for local clubs is Monday, when most are booked with big-name acts; street-side banners across the city advertise any notable concert, which will raise the cover charge by RD$200.

Gay clubs come and go in Santo Domingo so it’s often best to check in first at Friends for information on the current scene . Keep in mind you’ll be accosted by local hustlers in most places. Male clubs are often a target for assault; unfortunately, it’s safest to arrive and depart by taxi.

Most Santo Domingo cinemas focus on first-run American action flicks, which hit the screens at the same time as they do in the States; unfortunately, almost every theatre in the city shows the same two or three Hollywood blockbusters. You’ll be able to check at the ticket booth whether the film is in English with Spanish subtitles or dubbed. Either way, expect the audience to be as much a part of the show as the movie – locals often derive most of their pleasure from making fun of the action on screen.