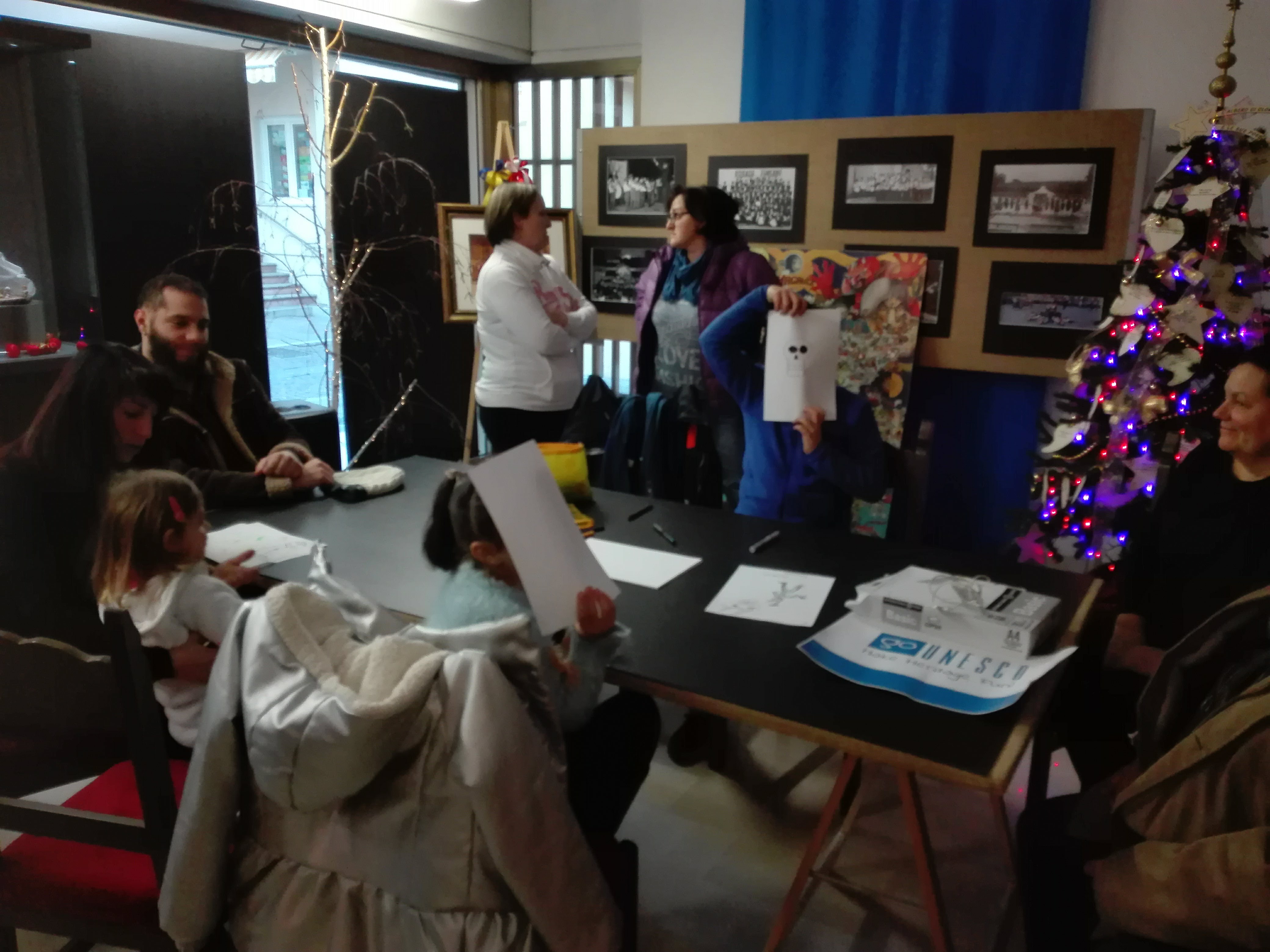 Cultural identity is everything that identifies and describes a person distinctly. It manifests in the language, the habits, the traditions, the basic beliefs. It is anything that connects to their heritage, creating a sense of belonging. It’s what makes them who they are.

Part of one’s cultural identity can be found in historical memory.  I’ve learnt this thanks to November’s Task, Arts and Crafts, during which I met a group of young people (who form the “Gastaldia de Tricesimo”) that organize reenactments describing the cultural palette of our hometown during the Middle Ages. Thanks to the,m I’ve ruminated over the evolution of society from a cultural standpoint. From 1200-1350, society evolved, but many first names and surnames,  as well as a few tools and games (chess, for example) have survived through the centuries.

The environment is an important part of cultural heritage as well. It influences the development of different traditions depending on its climate, its structure and its borders. I got closer to an aspect of my local traditions influenced by environment thanks to December’s Make Heritage Fun event on Krampus. Krampus is a horned, anthropomorphic figure described as “half-goat, half-demon”, who is one of the companions of Saint Nicholas. The Krampus is typical of Alpine tradition (especially Austria, and the Italian Regions of Trentino Alto Adige and Friuli Venezia Giulia). It was believed to punish children who misbehaved, and help the Saint give presents to those who were good.

Nowadays, groups of people dress up as Krampus (they wear a hand-made wooden Krampus mask and a costume made of pelt) and parade through the streets with torches, twirling chains and screaming at people. Therefore, I discovered that the part of Italy I live in have this tradition in common with Austria, that is just across the border, for both environmental and historical reasons.

A very important part of cultural identity is food heritage, which I had the chance to explore during July Task. To complete my task, I chose a recipe from Italian tradition and realized it with the help of Lucia Ercole, a chef from a little town close to Udine (in North-Eastern Italy). Together with her I discovered the importance of the roots of this mouthwatering dessert, both in the choice of the ingredients and in the presentation of the dish.

Food culture is very important for Italians; it is the foundation of our identity. It emphasizes the values of neighborliness, intercultural dialogue and creativity; and a way of life led by respect for diversity. It’s vital in cultural spaces, during festivals and celebrations. Food brings people of all ages, conditions and social classes together.

All of these aspects, together with many more unexplored ones, make a person. Cultural identity, therefore, identifies with a group culture: a shared sense of companionship, beliefs, interests and basic principles of living; it helps help identifying with others with whom they share traditions and basic belief systems.

A home across mountains : A Tibetian immigrant’s story

Cultural Identity: Through the Heritage lens