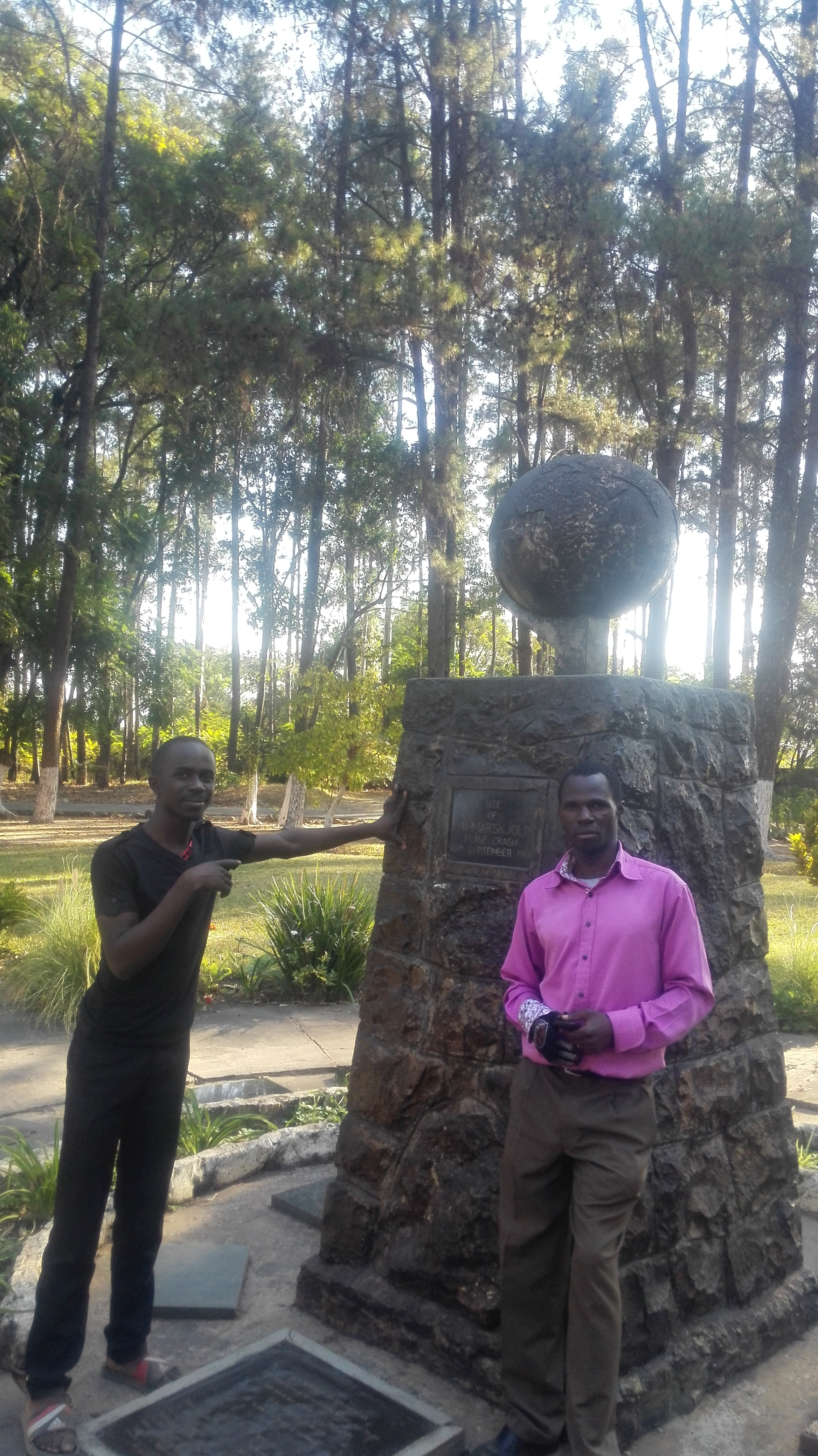 I arrive at the site at 15:00 hours Zambian time.I mention this because that’s the exact time the Rhodesian rescue team arrived at the scene of the plane accident that claimed the life of Dag Hammarskjold, the former UN Secretary General and 15 others on 18th September 1961. This was after the DC-6B well known as Albertina crashed North West of Ndola Zambia at around 22:13hrs while getting ready for landing.

At the site there is built a Museum that has the shape of a plane crashing from the western skies, In the museum is a rich historical description of Dag Hammarskjold the former Swedish diplomat and former UN secretary general who lost his life here. He was found dead at an anti hill in a kneeling position while Fourteen others where found dead among the wreckage and one other Sergeant Julian was found alive and taken to Ndola Central hospital where he died a week later. Increasing the death toll to 16.

A monument of Dag Hammarskjold is well built inside the museum while a monument at the Center of the wreckage is built with the United Nations Symbol of the world on top of it. Surrounding the monument are stone engravings of all institutions that have paid tribute to this historically rich memorial site in Zambia.Among them is that of the University where I belong.The Copperbelt University.

Dag Hammarskjold was on a peace mission flight from the Congo to Ndola where he was scheduled to hold peace talks regarding the Congo DR. This was in a time of political turmoil in central Africa a mineral rich region. Some events preceding the plane crash include the death of Prime Minister Lumumba of the Congo DR and the shooting of the DC-6B while it was still in Leopoldville. All these circumstances still ignite debates about what led to the crashing of the plane with some accounts taking it as just an accident while others believe it was a murder plot to kill the Man whose sole mission was to serve humanity and achieve the ultimate goal of promoting global peace. Instead he paid the ultimate price for peace,death.

My hope one day is for this site to be declared a word heritage site because peace is what we all cherish and that’s what makes it possible for us to sit and think about what should we hold as heritage and not. The peace that we talk about is the very reason. Why this great man lost his life here in Ndola Zambia. It was all for Peace. Yes it is about an enlisted heritage site on the UNESCO list. This is the Dag Hammarskjold heritage site in Zambia, where a Sitting UN secretary general lost his life in a plane crash.

The photo captioned shows that you are now approaching the Dag Hammarskjold National Monument which is among the tall trees seeing in the far end above the billboard.the trees are kept tall and natural just like in 1961.

At this place bodies and plane wrecks where found scattered all over.with only one survived who died a week later.

Half a century ago there was simply bush around here.but today there is a tarmac to the crashsite, a clinic a community school and a Secondary School. And all these are connected to the electricity national grid.

The man I stand with is responsible for ensuring that this historical heritage site is kept in shape for all generations to appreciate its value.

In the museum there is a rich historical description of the the man of peace and other historical heritage sites in Zambia that we hold dear.

Match of the Century 6:3, Hungary-England