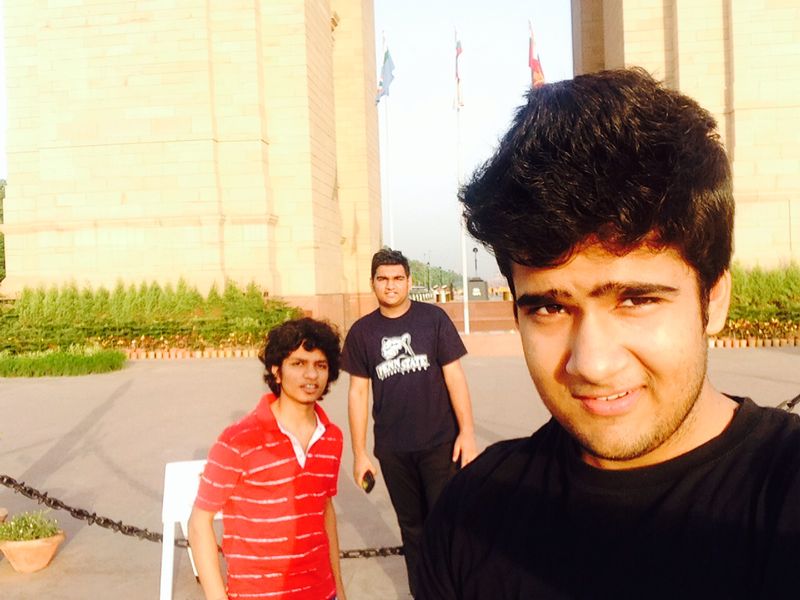 It was an early morning (5 am) visit to India Gate, New Delhi.

India Gate is originally called the All India War Memorial. The names of some 70,000 Indian soldiers who died in World War 1 are inscribed on the memorial arch. All-India War Memorial in New Delhi, was part of the work of the Imperial War Graves Commission (IWGC), which, came into existence in May 1917 for building war graves and memorials of soldiers killed in the First World War. The 42-metre tall India Gate, stands on a low base of red Bharatpur stone and rises in stages to a huge moulding.

Amar Jawan Jyoti, or the flame of the immortal soldier, is a structure consisting of black marble plinth, with reversed rifle, capped by war helmet, bound by four urns, each with the permanent light (jyoti) from (CNG) flames, erected under the India Gate in the wake Liberation of Bangaldesh in December 1971 to commemorate Indian soldiers killed in the defense of their country.

We left from home around 4:45 am by car. No traffic and awesome weather. We reached India Gate around 6 a.m. There were soldiers jogging around and we walked around India Gate , clicked some pics . Then we returned back home by 8:30 am.
It was an awesome journey . I went with 2 of my friends and we enjoyed our morning.