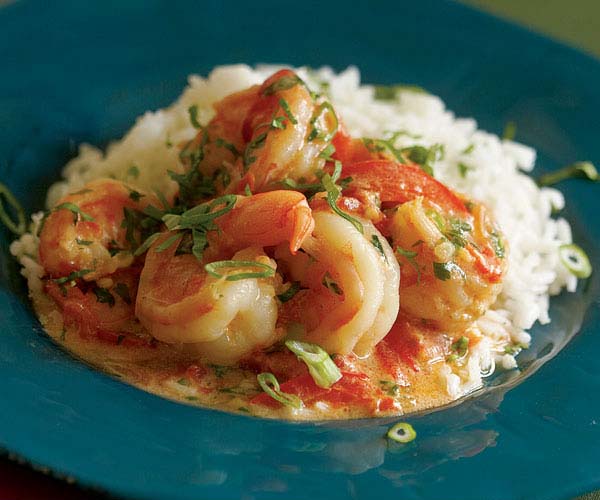 Coconut goes really well with seafood, and shrimp is no exception. In Ecuador, a good, homely seafood curry is one of the most popular meal choices

Esmeraldas is a city located in the north cost of Ecuador, and it is known as the “green province”. This area is culturally rich because of its folklore. The cuisine, like the music and local dances, have a contagious rhythm inherited from the African ancestors. Coconut seems to be a highlight in most local dishes, and seafood curries in coconut milk are pretty common.

Like most food, that of Ecuador is crafted by the influence of other cultures that have existed in the country in the time of the conquest in the mid 15 century; and later during the 19th and 20th centuries.

This mixture of cultures made the Ecuadorian food so diverse. Esmeraldas rely on shrimp and banana export, and its culinary traditions are based on the use of seafood, green banana, and coconut. These ingredients make its food unique and homely. An important fact is that the coconut is not considered native to America; it was introduced in the ships from Africa. One of the most representative’s dishes is rice with shrimp curry in coconut milk. Here’s a quick guide to making it.

First, let’s sort out the ingredients.

This recipe is very popular in Ecuador, and you can order it any day of the year. It adds a sweet, comforting touch with the coconut, which, besides being a tropical fruit, is the highlight of a typical Esmeraldas meal. I chose rice as the main ingredient for the preparation of this dish because in Ecuador, rice is a common occurrence in everyday meals, especially in coastal areas.