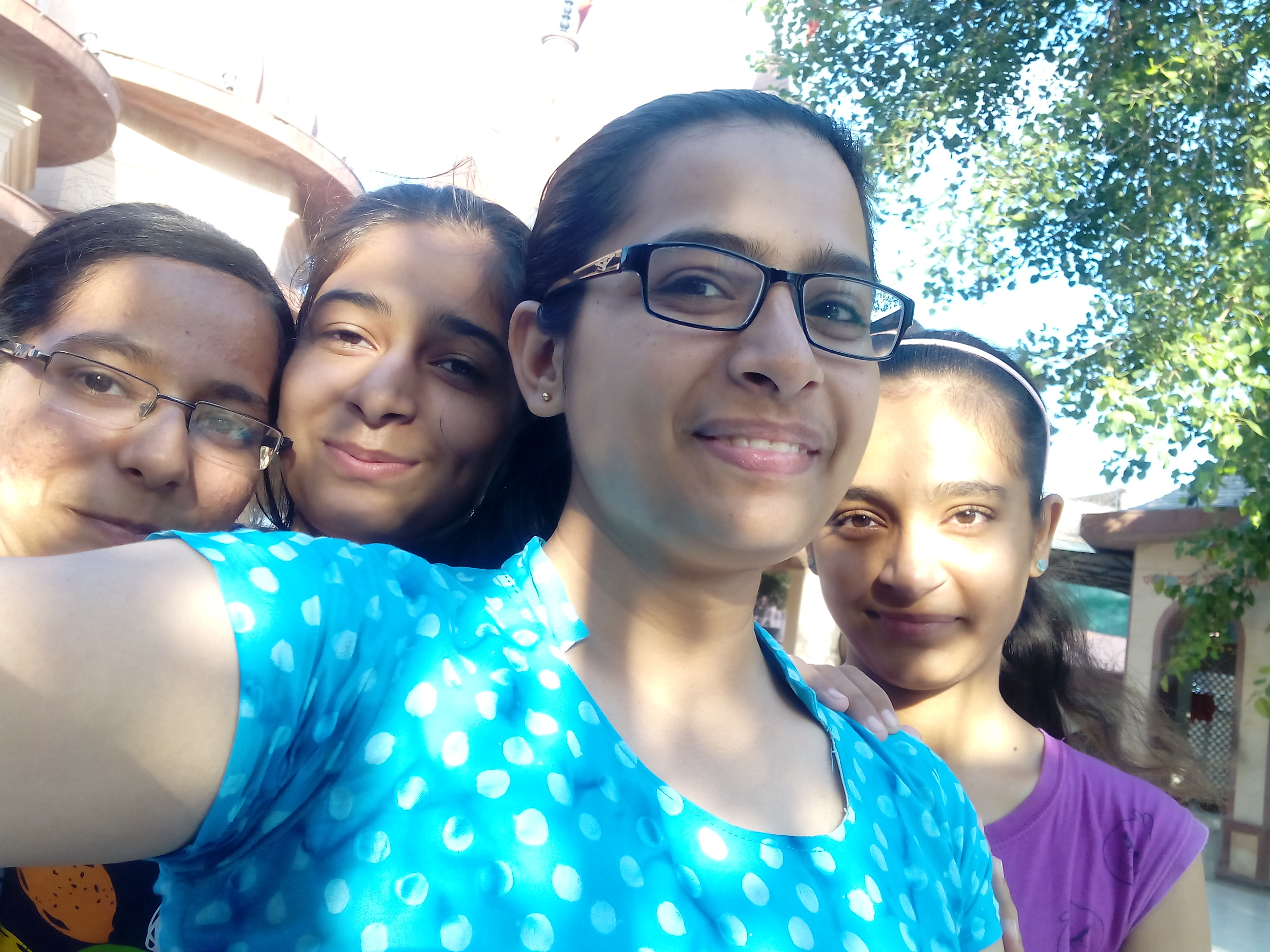 For the first task of GoUNESCO Campus Ambassador Program, I along with my friends decided to travel a heritage in our city. On a sunday eve, we finally got together and went up to visit Baba Dham temple located in Sainipura, in Sonipat, Haryana. Also, after visiting a Mughal building and witnessing the beauty of Mughal architecture, we decided to pay a visit to a different place and it turned out to be Baba Dham temple.

Though temple was built up in its present just 10 years ago, the place where temple is situated is considered to be sacred since long time back. According to some local residents, the ‘Shiva-Linga’ situated in the temple has been there since 70-80 years, but the present form was brought by an Entrepreneur family in the city. Earlier, the temple was limited to only a small area, the present ‘Shiva-Linga’ temple’s area.

At present, this temple is one of the famous places, not only in the city (Sonipat) but also in the state (Haryana). Apart from a small temple for ‘Shiva-Linga’, Baba Dham temple is attributed with several other temples comprising temples of Sai Baba, Shiva , Hanuman and other sacred Hindu deities.

The temple also witnesses a number of children visiting it because of the two well-built caves in the temple, considered to be sacred, are a matter of amusement for children. Also, there are two large statues of Shiva and Hanumana inside the temple premises.

Apart from being a heritage and a pilgrimage, Baba Dham temple is an eye-candy for people of Sonipat because of the spectacular view it offers during   late evenings. It stands beyond being just a religious place and remains a place of interest.

For most of the Local tourists, Baba Dham temple is not just a religious place, unlike other pilgrimages its a peaceful place where people like spending their evenings. Visits to this place refreshes their minds and being sacred it has a positive effect.

For old-aged people, its a place where they can spend most of their time and worship their deities.

For young people, unlike usual pilgrimages this place is a worth visiting place on weekends and during vacations to refresh their minds. Indeed Baba Dham is a most sought after place for almost every age group oin the city.

Not only the interior but exterior of the temple is taken care of, with beautifully carved out structures of ancient times’ soldiers, elephants and other animals.

Spread out in a large area in Sainipura area of Sonipat, Baba Dham is a religious attraction and one of the most sought after places in Haryana.