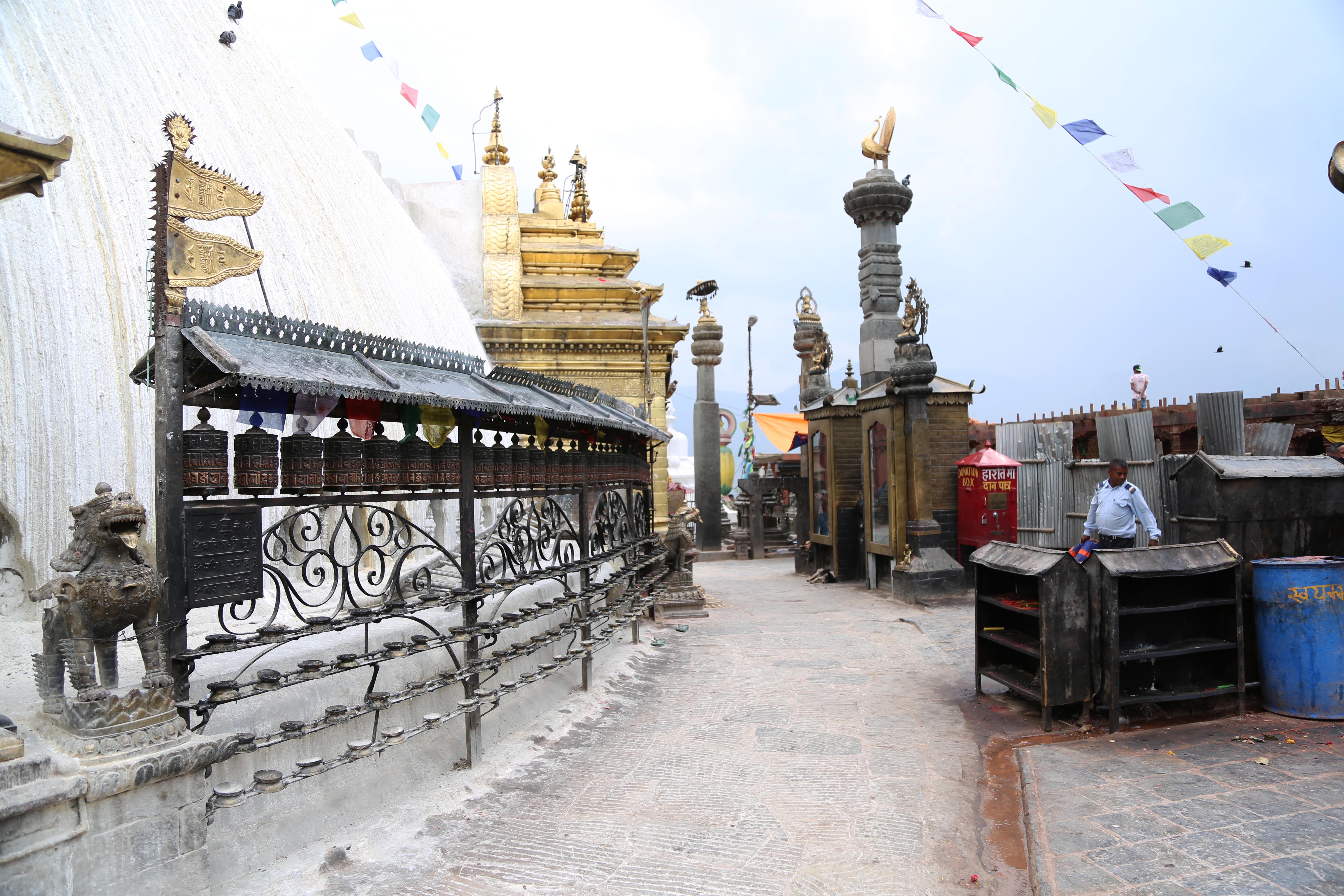 Swayambhunath, also known as Svayambhu Mahachaitya, is an ancient religious monument perched on a hill 2 km west of Thamel in Kathmandu city. Affiliated with Buddhism, it is considered to be the most sacred Buddhist pilgrimage site. The stupa is 2000 years old, and it is the most profound expression of Buddhist symbolism. It is also regarded one of the oldest religious site in the all of Nepal. The Tibetan name of the site actually means ‘‘Sublime Trees’’.

Entering the Swayambhunath complex, there are a lot of walkways, and a simpler pathway on the right side, leading towards a myriad number of steps. The stairway has a whole souvenir market on its right side, which has souvenirs representing Swayambhunath, Kathmandu and Nepal. Moving from the steps, there are amazing views of Kathmandu waiting to be explored.

Discussing the architectural style of the Swayambhunath, there is a dome at the base, on top of which there is a cube-like structure with Buddha’s eyes painted on it. There are pentagonal Torans present on all four sides with statues engraved on them. Surrounding the Torans there are thirteen tiers. There are numerous artifacts present inside the stupa.

Due to its immense religious significance, there is a lot of symbolic representation involved in this religious monument. The huge dome represents the entire world. The thirteen tiers symbolize the fact that on the conception of an individual into this world, the person goes through thirteen stages of spiritual realization to the epitome of Buddhahood. Painted eyes on all four sides of the main stupa symbolize wisdom. The curvilinear line in between the two eyes symbolizes a nose, but also is relatable to figure number one from the Nepali language meaning a unity of all things present in the world.

The site was fully renovated in May 2010, after its first major renovation in 1921. This was the 15th renovation of this stupa. The dome of the Swayambhunath was re-glided with 20 kg of gold. The funding of the renovation was done by the Tibetan Nyingma Meditation Center of California and the project commenced in June 2008. However, the entire complex suffered a lot of damage in the April 2015 Nepal Earthquake.

Since then, valiant efforts have been made to restore the structure to its original glory.

Differences with Internship, Apprenticeship and Volunteering