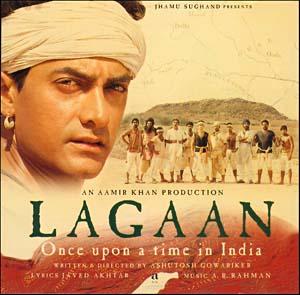 Many masterpieces were shot at the World Heritage sites of grave importance. Some of the movies are listed below :-

The village shown in the film is titled Champaneer, which is supposed to be located in Madhya Pradesh. This is a fictitious place, but there is a place called Champaneer near Vadodara that is now a World Heritage Site. Coincidently, Vadodara and Bhuj, where the film was shot, are in the same state of Gujarat. The complete setup of the movie was based in this village and thus the village played a pivotal role in the movie.

The world heritage site shown in the blockbuster movie “KICK” is the Qutub Minar and its Monuments in New Delhi. The two actors, Salman Khan and Jacqueiline Fernandez set the movie start with a stint at the Qutub Minar. They shot a few intial scenes and went for a few shoots at that coveted spot.

The story of Shah Jahan…the love of his life…the life of his love…and his monument to love, the Taj Mahal. The World Heritage site, Taj Mahal, plays the central role in this story. The Taj Mahal adds on the beauty of their relationship.

The movie, a love story, has been shot in the picturesque locations of Chandni Chowk, Jama Masjid, Connaught Place, Nizamuddin and Red Fort. The streets in Old Delhi are such that it was pretty difficult shooting with large crowds watching. They had to shoot from late in the night to early in the morning and wear summer clothes in the December chill as the film’s story revolved around the summer months.

Band Baaja Baraat’s crew navigated surely and smartly through its  turf, slipping up when it gets its leads plumb in front of India Gate : I am waiting for the day when there will be a Delhi movie minus such tired markers as India Gate and Red Fort and Qutb Minar. The actors, Anushka Sharma and Ranveer Singh, meet in DTC buses, gorge themselves on ice candy at India Gate and discuss `binnas’ (business) plans on bread pakoras. And yes, high strung and emotional blokes that they are, they do the disco at the drop of a hat, hug tightly when things go right and fight rough when misunderstandings begin.