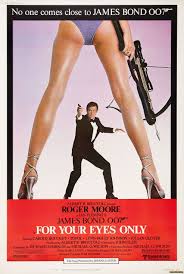 Mortal Kombat Annihilation is a sequel film to Mortal Kombat based on the video games directed by John. R. Leonetti in 1997. Scenes involving the Temple of the Elders were filmed in Petra which is a World Heritage Site in Jordan since 1985. In the particular scene Petra serves as a shrine where the protagonists of the movie are to meet with their mentor.

Enthiran is a 2010 tamil movie directed by Shankar. The movie is based on a scientist who creates a robot that is capable of human emotions who ends up falling in love with the scientist’s wife. The popular song Kolimanjaro was filmed at Macchu Picchu which is a World Heritage Site situated in Peru.

Slumdog Millionaire is a 2008 British movie directed by Danny Boyle where a slum boy enters the Indian version of who wants to be a millionaire and wins it. People get suspicious of this and therefore he is taken to custody where he narrates how he knew the answer of each question. The scenes involving the flashbacks were filmed at the Taj Mahal which is a World Heritage Site in Agra, India, where the protagonist of the movie stole shoes pretending to be a tour guide.

Karate Kid is a 2010 remake of the 1984 film of the same name, directed by Harald Zwart. It is a martial arts movie where a Detroit based boy moves to Beijing and gets bullied and meets up with a Martial arts teacher who teaches him self-defense. There were scenes that were filmed at three world heritage sites, the Forbidden City, the Great Wall of China and the Wudang Mountains. The scenes involving Jackie Chan taking Jaden Smith to a temple to meet his master were filmed in Wudang Mountains. Scenes involving the training session between Jackie Chan and Jaden Smith were filmed in the Great Wall of China.

For Your Eyes Only

For your eyes only was a 1981 James Bond movies directed by John Glen. The movie revolves around Bond trying to locate a missile system. Scenes were filmed at the Meteora wwhich is a world heritage site located in Greece. This scene serves as a point of importance as James Bond is climbing up the mountain to break into the Monastery he is attacked.