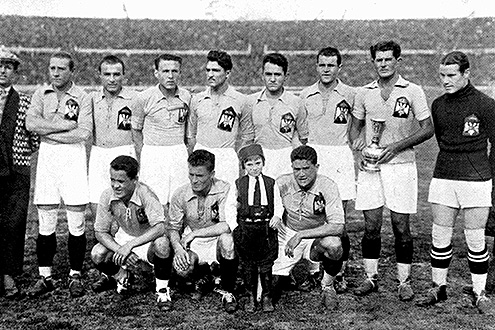 Football is definitly one of the most popular sports of the world. Its history goes back to ancient world, although the modern football was developed in Great Britan after the creation of the first Football Association in 1863.

Football has a long tradition and history in my country, also. The story of the beginings of football in my country is told through the film „Montevideo, Bog te video“ („Montevideo, God bless you“) from 2010. This is a emotional and idyllic story about football team from Belgrade (capital of today Serbia, then Yugoslavia) and their journey to the first world championship in Montevideo, Uruguay in 1930. It is a story about the football team members who become, by following their dreams, the true stars and national legends.

How much football is important in my country tells the fact that almost every, even smallest, village has its own local football club. This is the case with my native village Jarkovci. Our local football club was founded in 1958 and named „Borac“ („Fither“).

The most important meeting place in village is exactly a foodball field. It is particularly important in children’s lives, who spend entire childhood there. And how convinient, the football field is right next to the school yard.

Scrolling through the family photo album was brought me inspiration for a story about football, when I noticed a few old photos related to the local foodball club. My dad was a referee at local matches during eighties, and my brother was playing football in childhood. In small communities the tradition of playing football is usually passed from generation to generation and on that way the story about football becomes a part of familiy heritage.

S-CIANCO! – A historical game for past and present generations