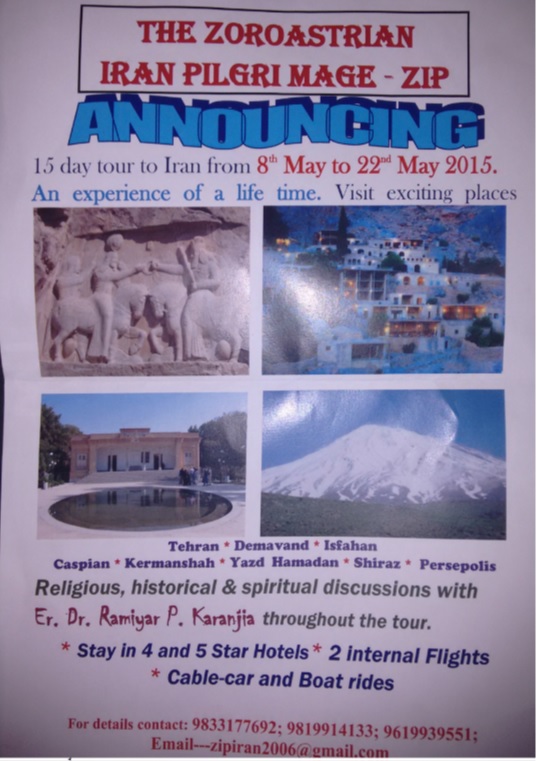 Initially when I started, I had thought of covering a Parsi Fire Temple in Mumbai. I felt nothing could be better than covering a community which is considered as one of the most educated and affluent ones in our society, who share a lot of similarities with the Hindu religion, but unfortunately have been on a decline in terms of numbers. So I googled out one, and started towards Fort, Mumbai. Now this wasn’t to be any casual visit, I knew. But, neither did it turn out to be the way I had thought of. And what I write ahead is basically why I chose to classify the whole Perin Nariman Street Area of Mumbai to be my heritage site.
Of course, I had a very good company, as my friend Anirudh Rokadiya decided to join me, when I told him about this. We caught a train till C.S.T Mumbai, and guided our way through the traffic filled streets of South Mumbai to Fort. On reaching, the Perin Nariman Street Area in Fort it seemed to me as any other Indian town with small streets and bustling market.

Let me tell you that this is indeed in the heart of fort area, and still doesn’t seem to be influenced by the ever increasing glamour quotient of this city of dreams. The old styled buildings having arch windows and wooden structures never fails to amaze anyone who decides to saunter in this area. The place has for sure not lost its history and yet adapted the new world culture. I wish I had better photography skills to give the reader’s the actual feel of this place.

But you just can’t stop admiring this place. The most encouraging mark of this place is the different religious communities you would find thriving here. In my 23 years of stay in Mumbai I have never heard of any kind of religious riots in this place. As you enter the area you would find a Masjid and a temple almost side by side. But in my article I will be concentrating on two minority communities of India, who have found abode in this very place at almost the same time and are yet peacefully coexisting.

Jains
Now Jains are the ones who follow the religion of Jainism according to the rules set by their 24 teerthankars. Its history dates back to even before Hinduism. I absolutely had no idea about any Jain temple existing in this area. We first tried our luck in the Parsi temple situated at the agiary lane and found it closed. It was 3.00 PM by the time we reached there. We were told by the local people that it opens only at 4.00 and so decided to take a stroll in that street for an hour. While wandering we found a Jain temple on the next street, richly decorated with wall sculptures in white marble. Now, my friend happens to be a Jain and offered me to guide me through the inside of the temple. I having absolutely no experience of such kind, immediately agreed to his offer and we went inside. The temple from inside was heavily decorated with various idols of Gods and animals. On enquiring I found out that this kind of rich decoration was typical of the Digambar Jains, whereas the Shwetambar Jains are more of believers in simple styles. The main door of the temple was wooden and had exactly same symbols as one uses in Hinduism like the swastika, double triangles signifying the creation of this universe. The guard of the temple told us that the temple had been built at around 1805 A.D. Now that is ought to be classified as a heritage!! The temple still maintains its reputation of being visited by the Jains living over there and holy Jain priests sitting in their chamber, always open and happy to answer your queries regardless of your belief.

Parsis
By the time we came out it was already 5:00 and rushed to the Parsi temple hoping to get someone. We reached the temple, guarded by two Faravahars infront of the temple typical of any Parsi temple. However, even after repeatedly ringing the bell, no one answered, and had to content ourselves by clicking some pictures of the locality. The temple is named as Maneckji Navroji Sett Shenshai Agiary, and was consecrated in 1733.

The building is built in Victorian style rather than having any kind of Persian influence, signifying the special status the Parsis enjoyed with the Britishers. Although we could not get anyone, we still decided to take a walk in those streets, which had never ceased to amuse us that afternoon. We found a building right next to the Jain temple having golden Faravahars made out on the cage grill of the window.

This definitely assured that this place was very well still inhabited by the Parsis and we were just not lucky enough to find one. However, disappointment wasn’t just part of that day. We found ourselves more than lucky when we came across a Parsi restaurant. And with no delay we dashed into the restaurant to find the owner of the restaurant.

Sitting on his chair, wearing their typical sacred shirt and cord, sudre, and kusti as you would see in any of the movies, he was busy closing his accounts for the day. But he still managed to entertain us with our questions regarding his community and religion with an open heart. When I asked him about, how he feels about Iran and going to a place where it all started, he simply handed over me a pamphlet, which answered all my questions.

After discussing on various issues, he was candid enough to pose for a photograph with us.

His name was Parvez Patel, the title Patel being given to his ancestors who were serving as landlords in today’s Gujarat area.
On the whole,experience was rich and very enlightening. I guess, the Perin Nariman Street Area suits the best for heritage site where two minorities are peacefully coexisting for almost 200 years now. It delivers a strong message that, no matter which religion or race we belong to, we must learn to respect each other’s belief and stand united.