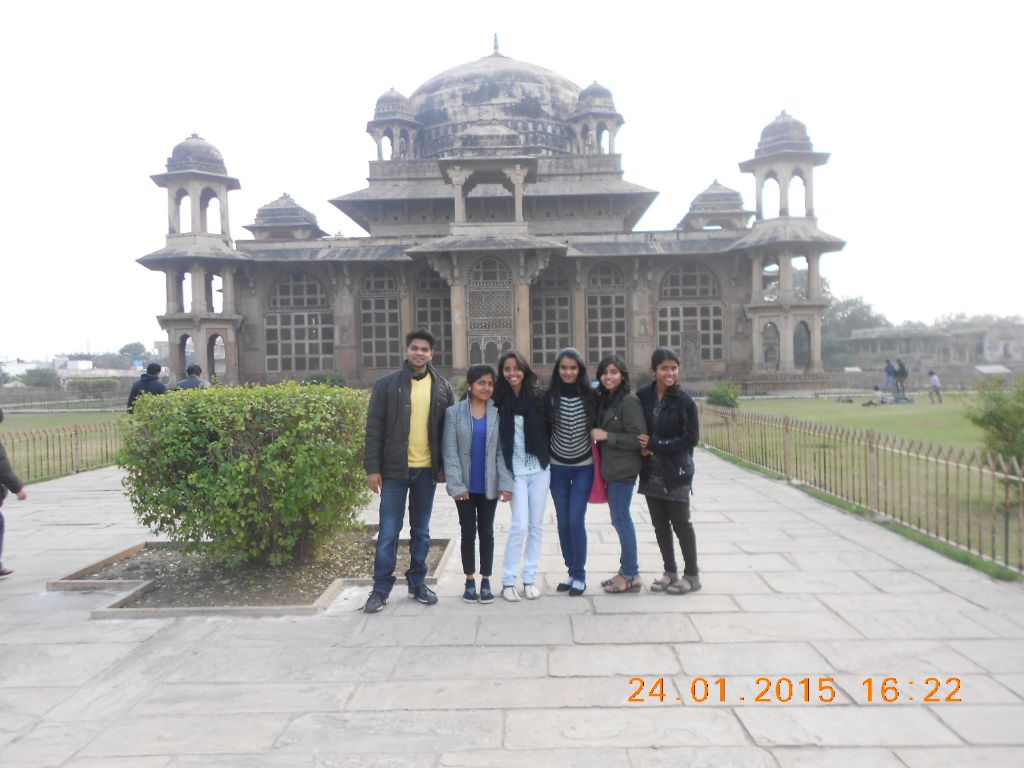 I nominated Meetu,Nainci,Simona,Vidushi and Vineet  to visit TANSEN MEMORIAL where I went for my GoUNESCO selfie.

I have two sets of friends,one from school and another from college, school friends are carrying out their higher education from different cities whereas my college friends hail from different parts of India.
Task 1 was a little difficult for me as none of my friends were in Gwalior leaving Vineet and Vidushi,the time this task was given. College friends went to their home town due to semester break which is still going on  and school friends were obviously out of reach.
Luckily Meetu, who is pursuing her bachelors from Bhopal was present in Gwalior on her preparatory leave whereas Simona and Nainci didn’t  go  back to their home towns due to  some personal reasons.
After nominating these five, convincing them was not at all difficult.

Vineet loves capturing amazing things of world in his camera, so when I described beautiful ambiance of Tansen Tomb he instantly accepted the nomination.
Vidushi is a perfect enthusiast when it comes to visit a historical monument as these archaeological stuff attracts her a lot.This is the reason she was the only one out of five who has visited this place once a few years ago.
Her interest made her said yes for the visit.
Nainci and Simona hail from Bihar and they were unaware of the fact that any such thing related to Mughal Era exists in Gwalior. They both like hanging out at new places and they were delighted after listening my visit experience of Tomb. So they both too agreed to come.
It was fairly complex to convince Meetu by the way. She is one person who doesn’t really show a huge enthusiasm as far as cultural heritage is concerned. But I knew one thing for sure, that she is a travel freak.I then decided to use this fact and asked her to come and enjoy the weather and at the same time,learn something about the Indian culture. After a couple of big NOs, and then a modest YES, I set the stage for my next visit to the residence of Great Indian Music Maestro.

The Unique aspects of Tansen Memorial which attracted my friends  is that the tomb has a typical Mughal architectural style. Apart from being a beautiful monument, the tomb also serves as a part of the living cultural heritage of Gwalior and it has continued a legacy of Tansen Samaroh not every Mughal building celebrates an event every year and this samaroh makes tomb a lively place. Other than this its large lush green, serene environment and cleanliness also enhance its beauty,which my friends really appreciated.
We all visited the memorial together and enjoyed very much. Also, clicked lots of photograph and bid adieu to this place with a promise of visiting it again along with other friends.

Visiting Churches in Pondicherry with Friends