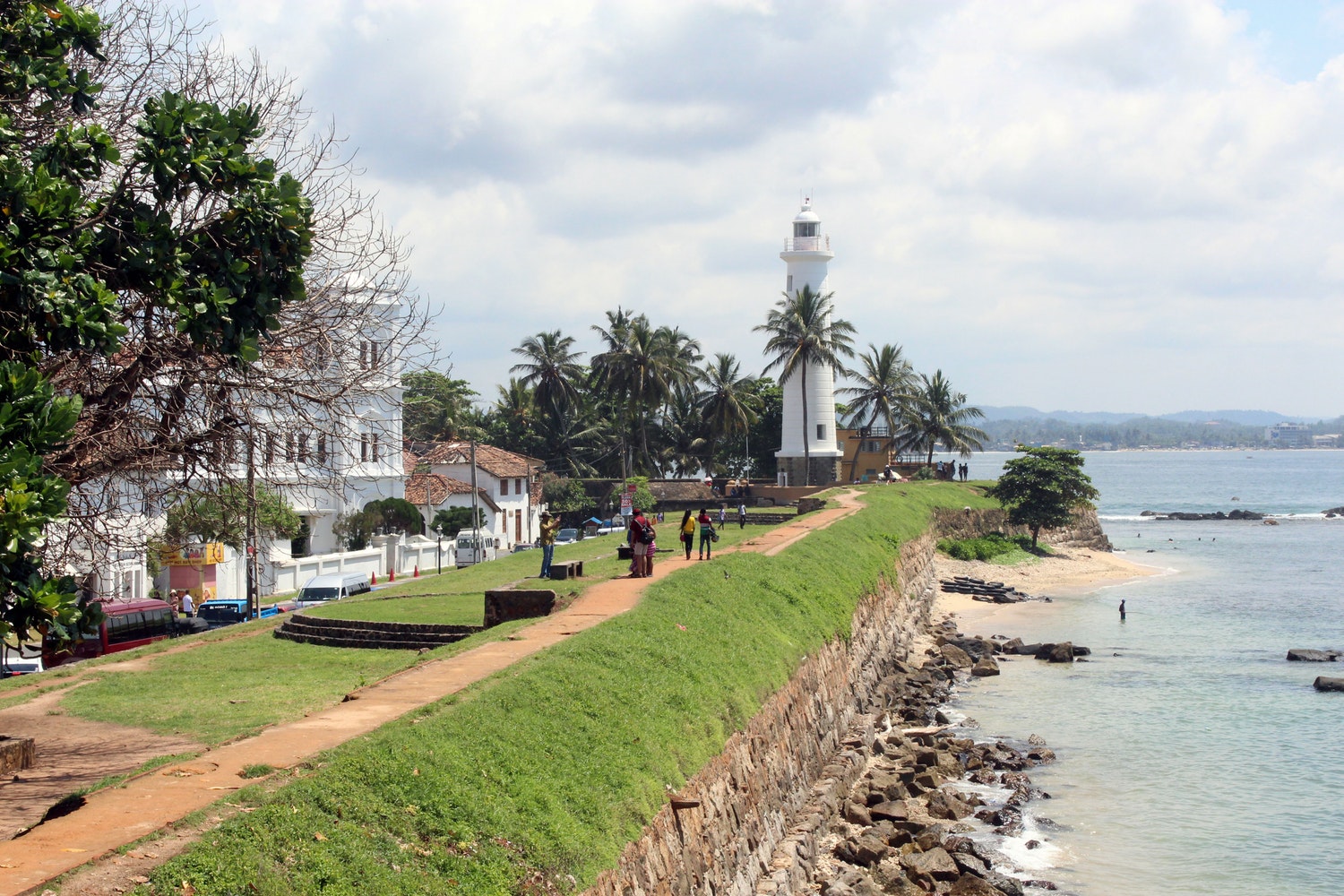 The beautiful town of Sri Lanka on the southwest coast, Galle, is most of the time seen bustling with tourist. Once was once the ancient port town and home to Portuguese and the Dutch for a long time today the Galle Fort is an UNESCO World Heritage site. The Portuguese had made their initial landing in 1505 much later followed by Dutch. The single point identity of the town “Galle Fort” was once a small initial fort called ‘Santa Cruz’ later given the structure that we see today.

Having travelled across cities like Pondicherry and Kochi I feel this sea town gives a mixed feel of both with a hint of European flavour. The major attraction of Galle happens to be the Dutch fort that surrounds the city. The towering gates of the fort still exists. They mark the entry to the fort area. The gates sees inscribtion “Portcullised gates”, the first entry gate sees the inscription “ANNO MDCL XIX” which has depiction of Dutch Coat of Arms with the ubiquitous emblem of cock and an inset “VOC” inscribed in the centre. Galle as one of the most flourishing port that saw Greece, Arab, Portuguese, Dutch all making their mark on this land. Famed traveller and scholar Ibn Battuta too had touched this shore even before the Portuguese arrived and left their mark.

Even today, one can see glimpses of Dutch architecture in the structures dating back in centuries. They add to the character of the city. The whole of fort area sees administrative offices, courts, cafes, shops, restaurants, hotels, perfectly symmetrical streets adorned with quint houses creates that setting for an ideal vacation away from the maddening crowd. It’s always bustling and it makes for a perfect walking town. The fort town sees Maritime Archaeology Museum, All Saints Church, The Meeran Mosque, Sudharmalaya Temple and Lighthouse which also says that how Galle has been a melting pot of culture and religion.

Walking along the Lighthouse of Galle Fort, on the northwest side of the Fort lies the Clock Tower that connects the Galle City and Galle Fort. This was build in 1938, after the destruction of the first one. The point where it’s located is called- Point Utrecht Bastion. The three bastions located along the Galle Fort are named- Sun, Moon, and Star.

The character of the whole town has been very well kept even till date. Something as dangerous as the tsunami could also not manage to do much harm. Once the Old Dutch Hospital, is today home to many fancy fine dine restaurants and upmarket boutiques. Guests can be seen enjoying their beer and food as the mighty waves from the ocean keep hitting the shore. This hospital was once under the Dutch East India Company.

Walking around the town you will notice bright and colourful Tuk Tuks that dominate the streets. They make for easiest mode of transport. Both sides of the streets sees these interesting boutiques, art galleries, spice, tea and gem stores, and handicrafts and so on. Shops like Barefoot, Spa Ceylon, The Three by TPV are bound to get your attention. Right from shopkeeper to any passerby, you can’t deny the fact that the locals here are just simply some of the most wonderful people you will meet, always ready to help.

Fort of Galle has seen many invaders come and go and various communities and ethnicities making this place their home. Once you leave, the smell of Ceylon tea and cinnamon is bound to liger for long.

Indian Weavers & The art of weaving