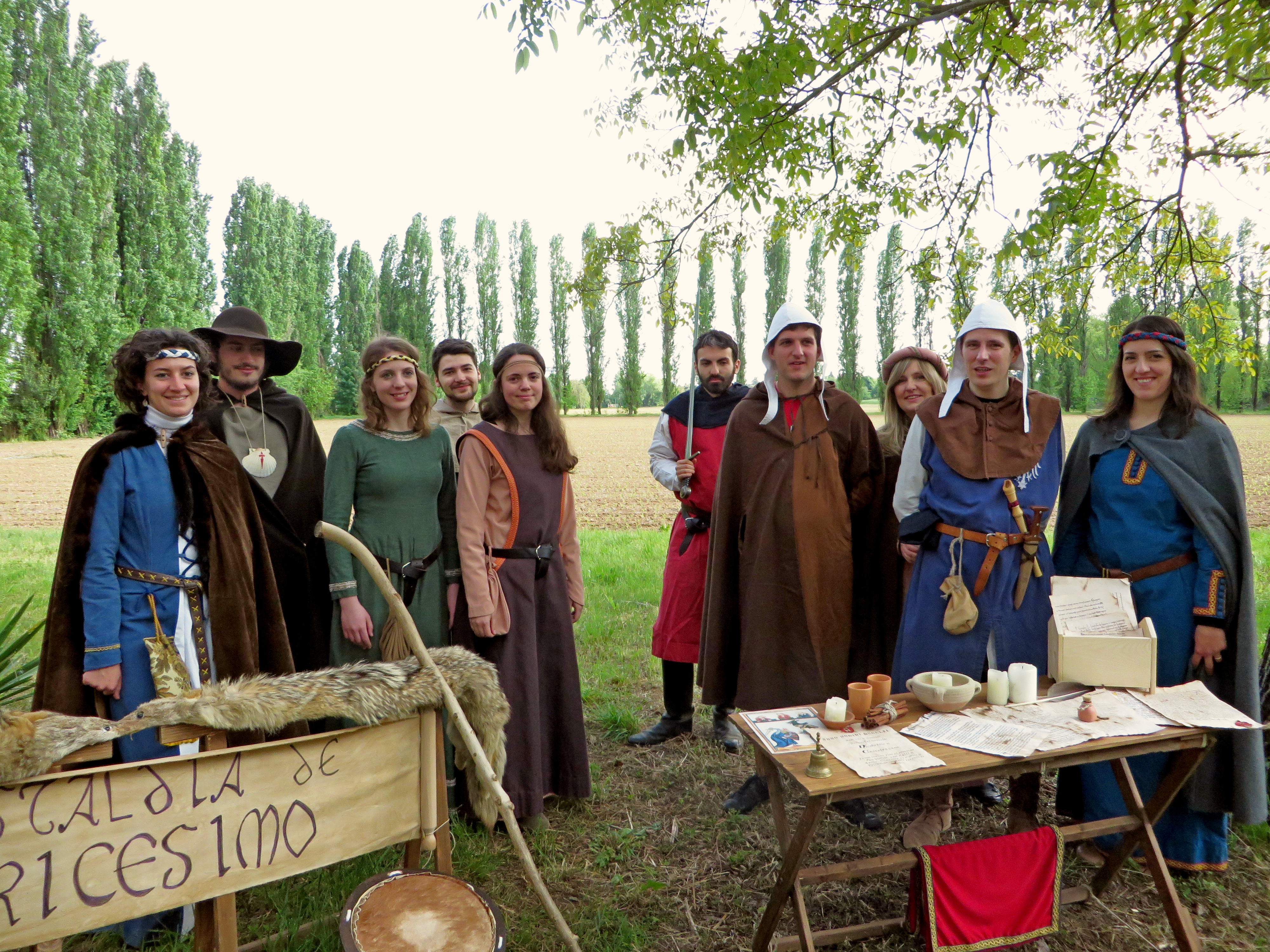 The “Gastaldia De Tricesimo” was born from both a passion for history and friendship.

The founder of the Gastaldia, Andrea, managed to gather a group of young people with a common passion for the Middle Ages and the curiosity to find out about their own roots and those of their home town. Tricesimo, a little town in Italy of about 7,600 inhabitants, was a “Gastaldato”, an administrative district ruled by an official of the court, the so called “Gastaldo”. The Gastaldia aims to reconstruct this part of our history (in particular the years between 1200 and 1350) as accurately as possible, to show people a glimpse of a not so well-known past, usually improperly considered boring. They do it through reenactments which take place in larger towns nearby, where the past is embraced and brought back during popular festivals all over our Region, Friuli Venezia Giulia.

During events, they usually stage real life scenes from the Middle Ages.  Each member of the group plays a character whose name really existed and whose role in society was real as well. The aim is to try to get the public involved in their dances and plays.

The Gastaldia make their clothes on their own, or with the help of their families, after accurate research to find miniatures, portraits, statues and other authoritative sources that show a faithful picture of the period.  First and foremost, they create the paper patterns, and then they realize the clothes. These manifestations arise using materials that recall those used in the given period, in order to be as plausible as possible. The clothes are then finally sewn.

The research is careful and is the part that takes most time. They also created a chessboard, a loom and a whole bivouac; all of them handmade, designed and built according to their studies. They don’t always use the exact materials that were employed at the time. Even though they try to be as philologically loyal to the period as they can, they sometimes have no choice but to use materials that didn’t exist. However, they try to make them look like they are from the Middle Ages. The purpose is to depict a reliable image of the time, so that people can have an idea of the reality of the past and might get curious about it.

Amongst all of the objects they built, they’re particularly fond of the chessboard. It was inspired by an elaborate one found in Northern Europe dating back to that period made of walrus’ teeth (nowadays chessboards are nothing but a simplification of those of the past). Of course, they couldn’t make it with walrus’ teeth; therefore, they used “das”, a sort of dough, and then varnished them to make them look philologically similar. Nevertheless, the most important thing to them is that they all gave their contribution to its creation: from the research, to the design and the making.

They hope that one day they’ll be able to share their passion with kids, helping them to understand that history is everything but boring, by organizing reenactments in schools, staging medieval dances and hints of everyday life of the time to grow their curiosity.

Reenactments orchestrated by the Gastaldia are deeply set in Italy’s roots: they date back to the Roman period, when recreations of famous battles were staged in amphitheaters. This might be the reason why their real dream is to be able to organize a local reenactment in Tricesimo, hoping one day they’ll be able to open the doors of its castle to people to make the past of their home town come alive once again.

Waiting for that day to come, they keep following their passion and always seek individuals trying to spread their love for history and their awareness of the fun that could come from knowing and sharing it.

This article was written by one of our interns; Alice Mini.

Weaving Culture through the Afghan rug