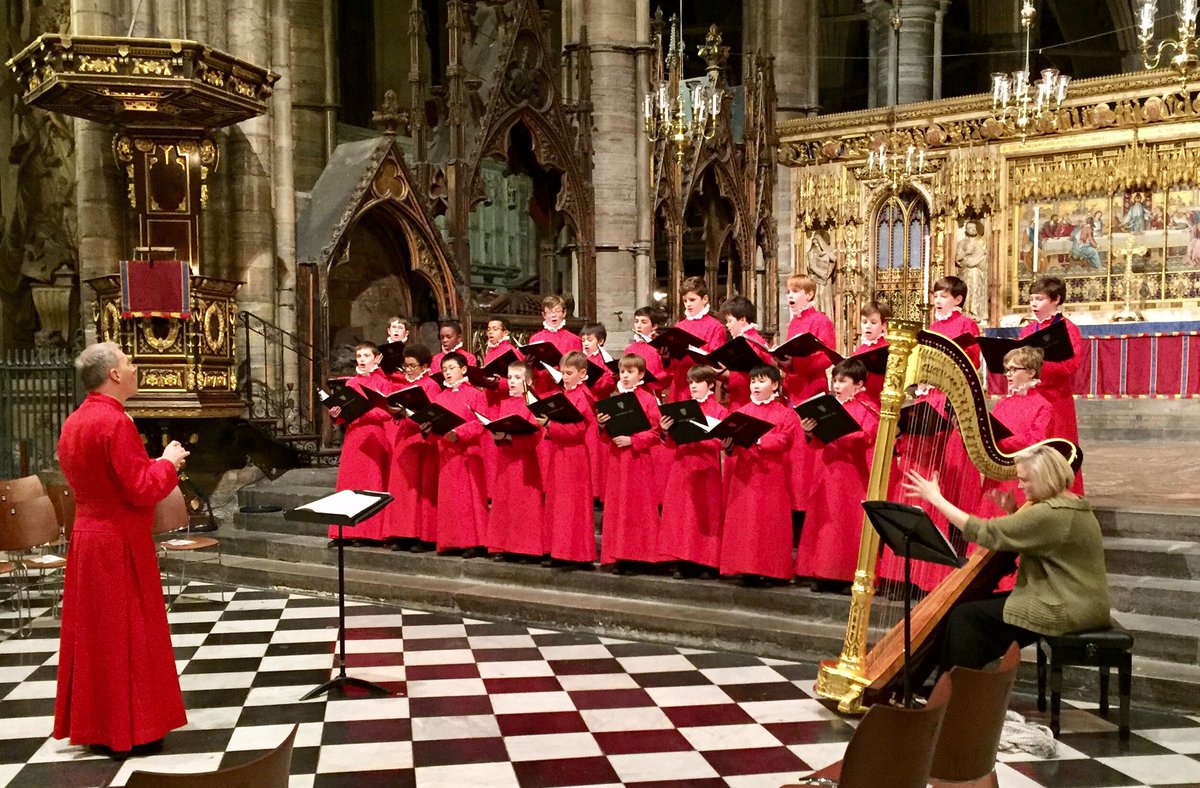 Christmas and carolling are synonymous in most cultures. However, Britain takes the notion of carolling to the next level with its flagship Christmas event,  ‘A Ceremony of Carols’. On the fourth Sunday of Advent, a Carolling ceremony is held in Britain. It takes place at Westminster Abbey, a World Heritage Site in the heart of London. ‘A Ceremony of Carols’ is one of the most well known and frequently performed compositions in Britain. It features meditative choral overtures by Benjamin Britten, accompanied by musical melodies played on the harp. This seasonal service  was a great opportunity to explore, document, share and enjoy an atmospheric and ‘festive’ fun experience.

The London event for this #makeheritagefun was carried out at the ‘Ceremony of Carols’. Several other carolling services take place across Britain, but this one in particular is the most extravagant. James O’Donnell provided his services as a conductor at ‘The Ceremony of Carols’. The Choristers of Westminster Abbey provided their musical expertise. The Christmas Proclamation, which narrates the birth of Jesus Christ, was chanted as well. This Proclamation is a customary component that precedes the midnight mass on Christmas day. Participants of the #makeheritagefun London site joined in to watch the festive seasonal ceremonial service.  Prior to attending the service, an information sheet containing the reading (or chanting) of The Christmas Proclamation, as well as a lyric sheet for the carols was distributed to members of the audience.

Religion as a Medium to Unite a Community:

It is interesting to look at how the tenets of religion unite communities. ‘A Ceremony of Carols’ forms a platform for the British public to unite and and enjoy Christmas festivities as a collective. Events such as these strengthen not only the religiosity of a community, but also fortifies its collective unconscious. Thus, it is clear that cultural phenomena such as these increase the cohesiveness of the people living within a geographical area. Watch and listen ‘Britten A Ceremony of Carols’: https://www.youtube.com/watch?v=pQyunriE1zg

Quiz: We Can’t Have Enough of the Indian Heritage

How well do you know this Indian city of mythological importance?