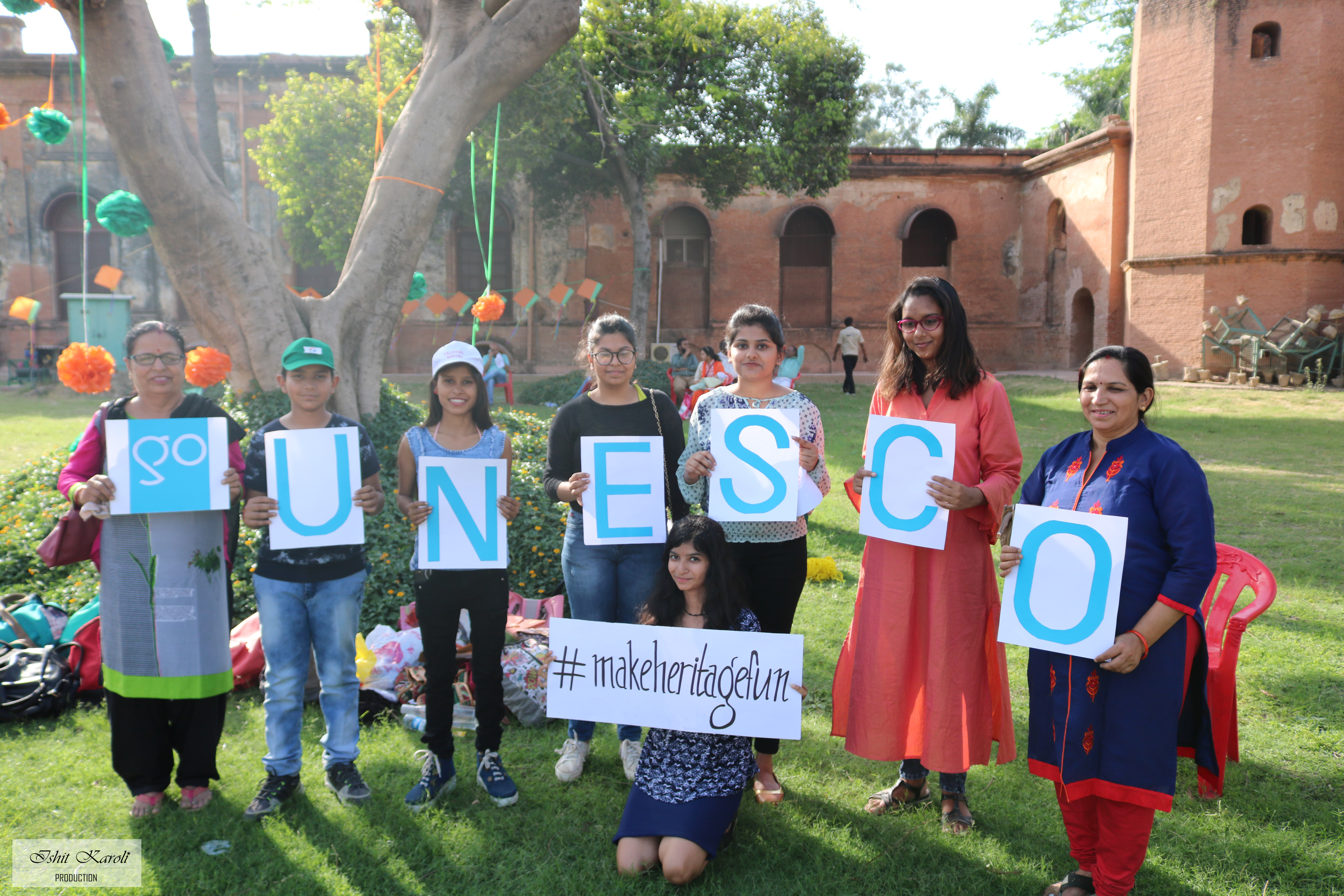 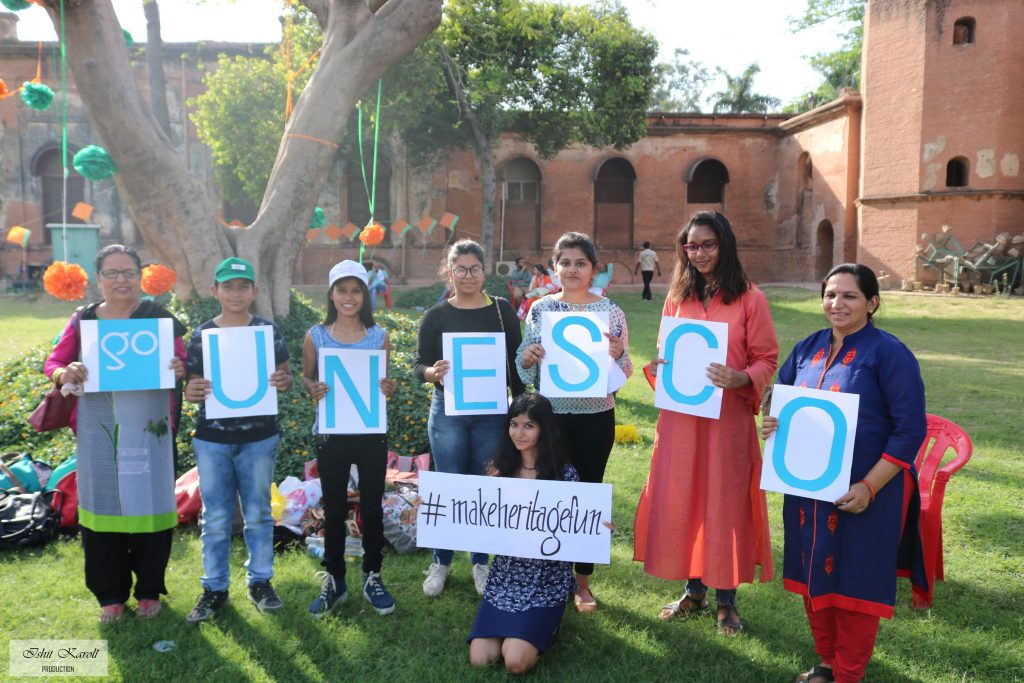 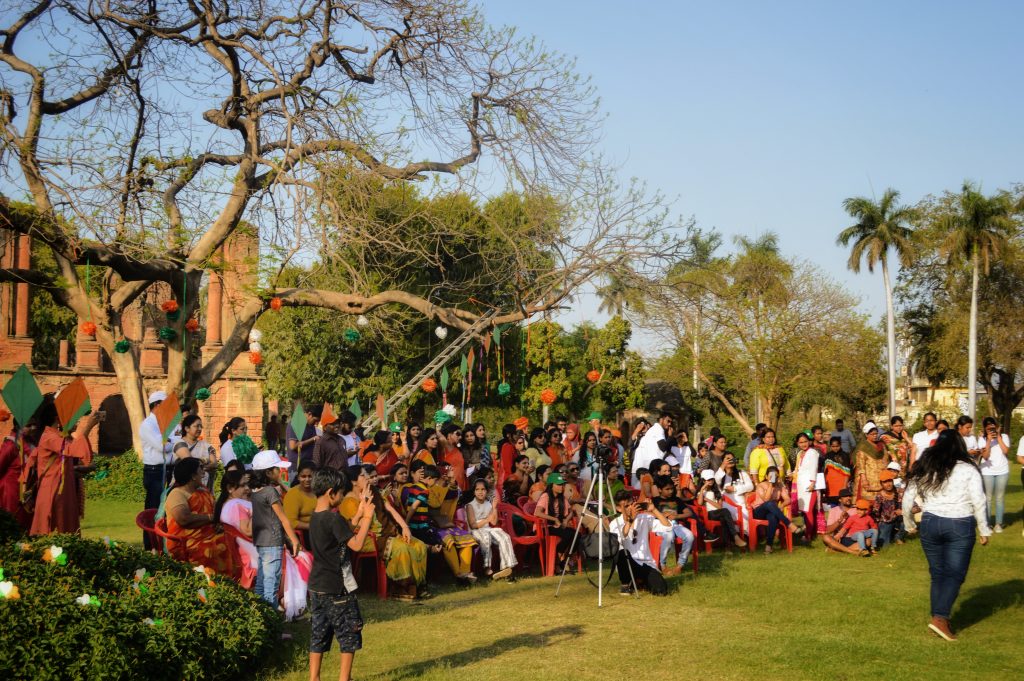 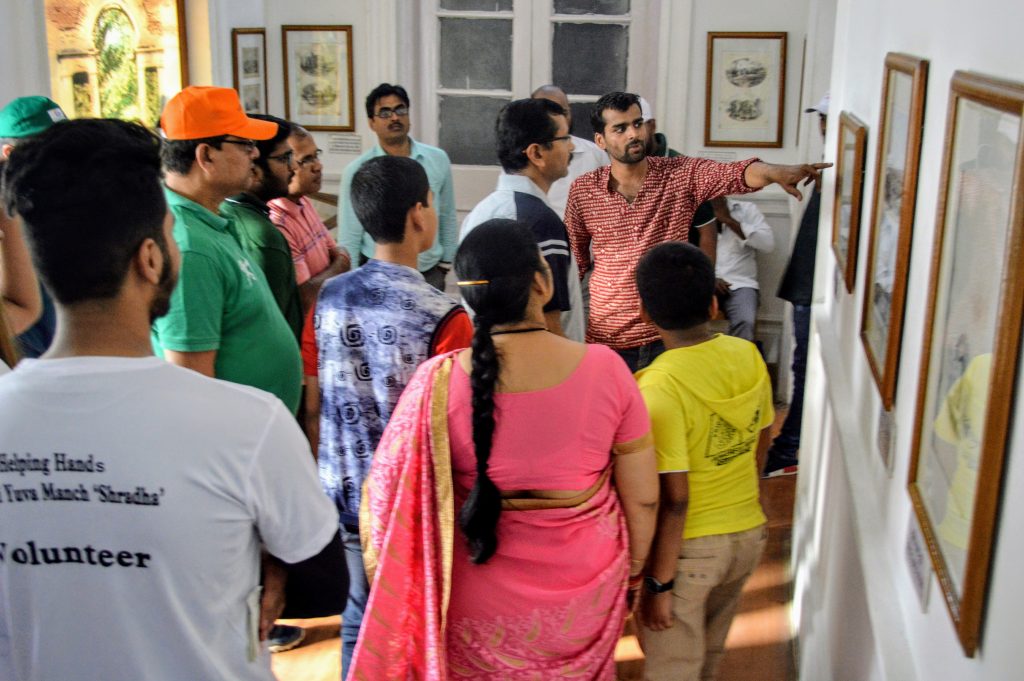 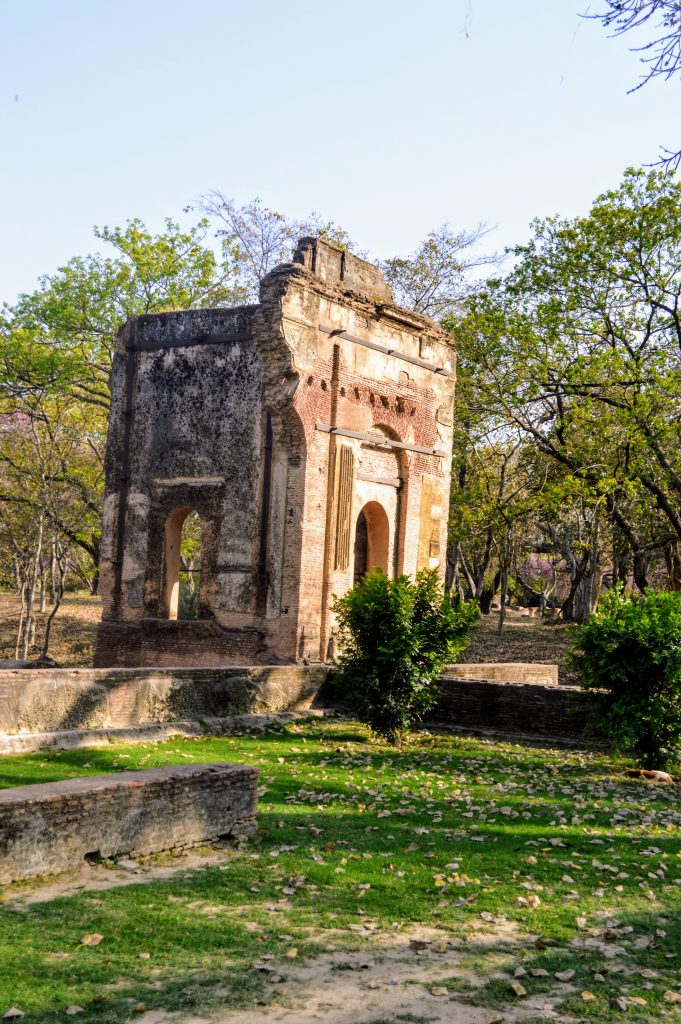 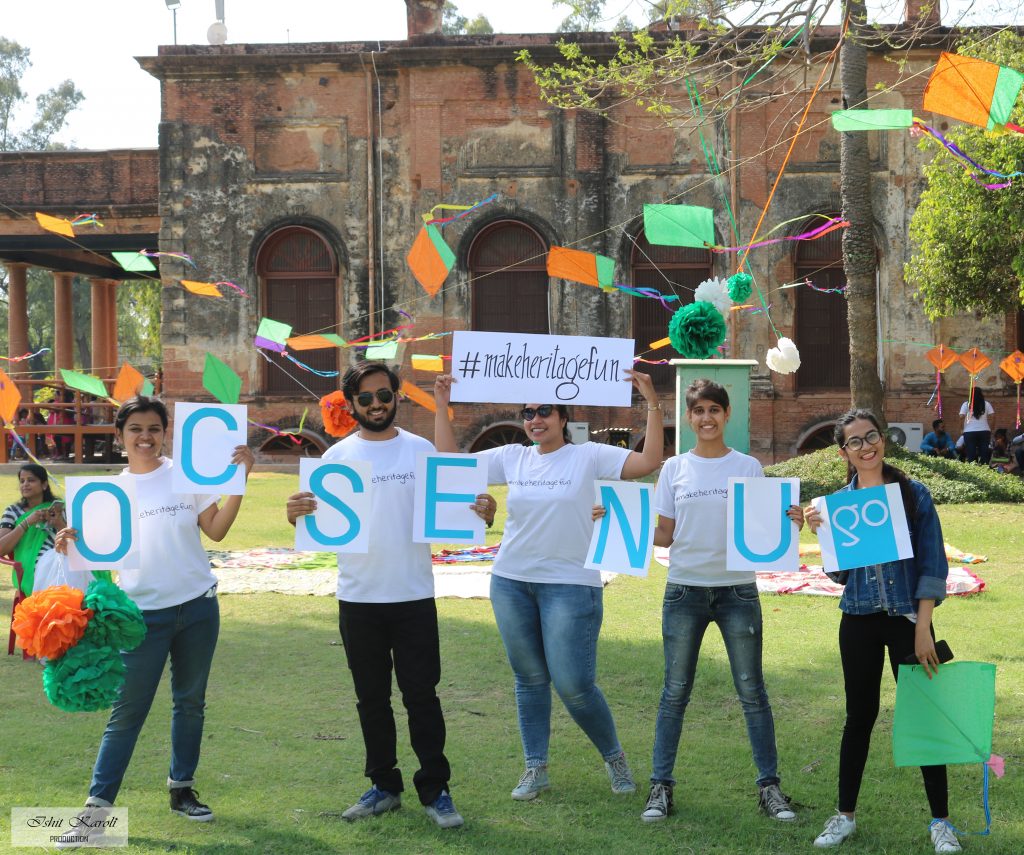 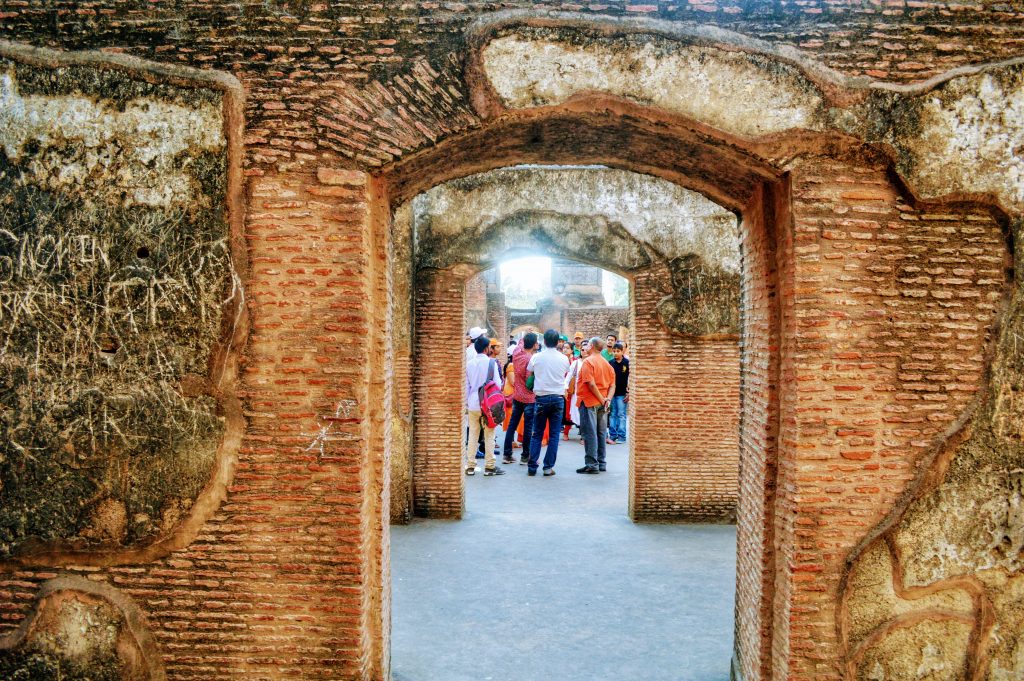 On 25th March, 2018 a #makeheritagefun was organised at Residency in Lucknow, India. This was an open event for people from all age groups. I, with the help of student volunteers was able to get 256 people to join the heritage walk.

Walking amidst the ruins of 1857, participants could feel patriotism within them. Residency is situated on the southern banks of Gomti river. It was constructed in 1775 for British residents. Stretching over an area of thirty acres this was an exclusive property in those times. In 1774 AD , Shuja-ud-daulah agreed to the proposal of stationing British in Awadh. The construction of Residency got completed in 1800 AD under the supervision of Nawab Saadat Ali Khan.

It included a Muslim shrine, thatched houses, high end buildings for officers, and bungalows. However, the beautiful architecture did not last long. It was attacked by freedom fighters in 1857. The attack went on for 87 days and is often called The Lucknow Siege. Residency was extensively damaged after this attack. Till date the ruins of this unparallel freedom struggle in the history of India are evident. Ruins can be seen on the doors, windows, roofs and pavilions of buildings with large holes in the walls.

General Campbell was able to stop the freedom fighters after a prolonged fight, but by that time, the damage was done. The main aim of this heritage walk was to make people aware about the historical importance of Residency. The First War of Independence in 1857 was a huge step that Indians took to drive British out of the country. The Heritage Walk started from The Bailey Guard Gate that is the first attraction as one enters the space. It was named after John Bailey, whom Nawab-ud-Daula wanted to welcome and show respect. After this came the treasure house that had a life of 6 years, from 1851 to 1857.

When we moved ahead, a double storied building came into view. It was the Banquet hall and to its left was the Imambara Mosque. Moving forward, we saw the Begum Kothi that belonged to Vilayati Mahal Makdarah Aliya who was the queen of Nassirudin Haider. Right after this comes the Memorial Museum. The ground near the museum was the main venue where people had gathered. A drawing competition was organized for children below the age of fourteen, the theme being Freedom Struggle.

Lastly, we stood infront of the main building which was called Residency before the war of 1857. It was after 1857 that it was collectively called The Residency. The central building was constructed in form of European villas with central hall, side rooms, flat roofs, high pillars, spacious balconies, etc. This monument which once was an extraordinary construction has turned in absolute ruins. The heritage walk was concluded at the garden next to the museum by a patriotic dance by youngsters.

Today, Residency holds memories of yester years with ruins, British bullets and belongings which speak of the terrible war that took place here. Archaeological Survey of India takes care of this complex of national importance and preserves all the left over assets.