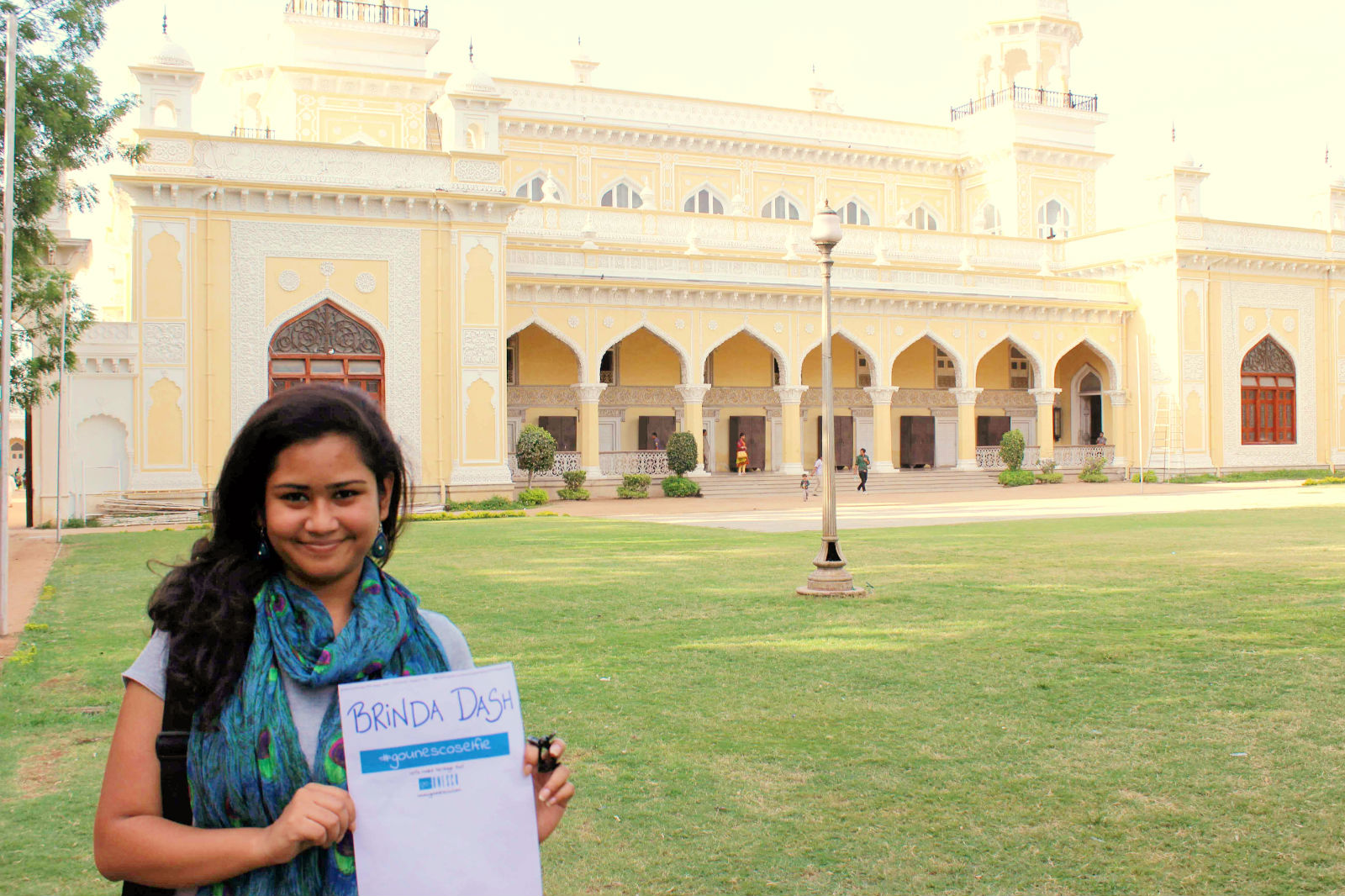 Summer’s always mean travelling and exploring. And the first task of UNESCO just gave me that opportunity. To get my UNESCO selfie clicked, I decided to explore the various heritage sites of Hyderabad, a city rich in culture, and finally settled with Chowmahalla Palace.

The prestigious UNESCO Asia Pacific Merit award for cultural heritage conservation was presented to Chowmahalla Palace on the March 15, 2010.

The palace is unique for its style and elegance. This palace consists of two courtyards, southern courtyard and northern courtyard. They have elegant palaces, the grand Khilwat, fountains and gardens.

My picture was taken at the Khilwat Mubarak, i.e, the Darbar Hall.

This is heart of Chowmahalla Palace. The grand pillared Darbar Hall has a pure marble platform on which the Takht-e-Nishan or the royal seat was laid. Here, the Nizams held their darbar and other religious and symbolic ceremonies. The 19 spectacular Chandeliers of Belgian crystal have recently been reinstalled to recreate the lost splendor of this regal hall.