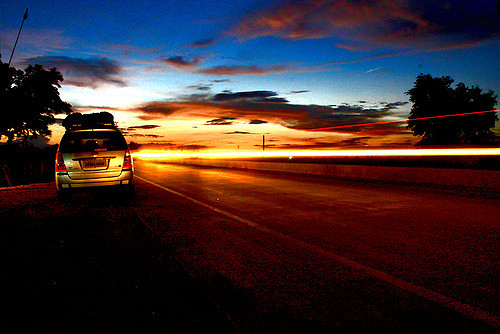 The Grand Trunk road passes through heart of India, presently connecting the capitals of four countries. It spans over three thousand kilometres; it is possibly the longest road that crosses through India. Archeological evidences show that this route was active even before Buddha. This route was expanded, constructed and used by several rulers even Chandragupata Maurya and Ashoka, Balban and Tughluq fought wars to secure and protect this route in order to secure stable trade in country.

Sher Sha Suri was a ruler from Bihar, who with his own determination and struggle became ruler of India without any strong support. He was the one who invented Rupaya, the first Indian currency. The route was considered as lifeline of his empire as it ensured stable trade and economy for Suri’s empire. It connected Kabul to Dhaka via Lahore, Amritsar, Delhi, Agra, Peshawar, Patliputra. This route moved along Yamuna and Ganga ghats. It is the same route that connected Western and Eastern India. This very route has seen armies and kings marching through it and changing the history of this country. Ghazni, Ghori, the Mongols, Babur, Humayun, Nadir Shah and Ahmed Shah Abdali are the military factions that have traversed this route.

In his brief reign from 1540-1545, he did what no one did for this route in medieval Indian history. The most noticeable change was seen in the stretch Bihar to Delhi. This route was known by many names, eg: Shah Rah-e-Azam (“Great Road”) or Sadak-e-Azam or Badshahi Sadak. The road was reconstructed and trees were planted on both sides to provide shelter to travellers.

On regular intervals, wells were dug,  and Sarais were build on large scale all along the road so as to provide hubs to rest for all travelers. They even acted as a communication line between different army post locations under Sher Shah’s command. He succeeded in securing entire route from all kinds of crime and threats. We are even told that his espionage system was so strong that he knew everything happening in his kingdom; even what his ministers discussed in private.

After death of Sher Shah Suri, his successors maintained this road, and the Mughals even developed this road further. But it is Sher Shah Suri who established importance of the notion of security on a trade route.

The grand courtyard houses of Kolkata : A story of opulence and decay