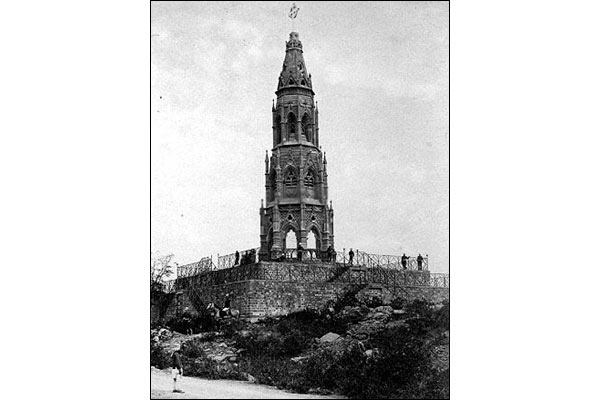 The Ridge in Delhi does serve as a blissful break from the bustle of the capital. Very few residents would believe that it was this area became the strategic point for the British East India Company to clash against the soldiers during the ‘Ghadar’ of 1857. The British Residency, St. James Church, Kashmere Gate, Chandni Chowk – All echoed with the voices of the rebellion. Delhi, since time immemorial, had bled several times at the hands of both foreigners as well as its natal rulers. According to a myth, it is due to these several wars and mass exterminations that the food in Delhi is spicy. The spice in the food would help victims heel faster and increased their immunity. But what happened in 1857 was something peculiar. It wasn’t a king fighting against another for the want of territory. It wasn’t either an invasion for money. It was something beyond.

The revolt had a cause. The soldiers and the common people of Delhi wanted to get rid of the Company Raj. It was for the first time in the history of Delhi that the subjects fought against their rulers but it was neither similar to what happened in France in 1789 and nor was it close to the American war of Independence. The difference lies in the lack of strategy and vision of the leaders of the rebellion. The rebels wanted to revert back to monarchy and establish the rule of the old ‘indigenous’ kings and do away with the Firangis. They created an ‘us’ versus ‘them’ bias which helped the Hindustanies to show a united front to the British. Proclamations read that the Badshah of Delhi would reward all those who helped in doing away with the British. The Delhi Akhbar, which was circulated in Chandni Chowk, referred to the exploitation of the Indians at the hands of the British, which had provoked the soldiers to revolt in opposition.

In order to understand the Mutiny better, we need to delve into the lived realities of the people who witnessed the uprising.  How did the famous rich merchants feel when the roads outside his Haveli were filled with mutinous soldiers? What did the bazaars have looked like when there was shortage of supplies? How did the hierarchies in Delhi altered post the revolt with the Mughal Rule finally coming to a tragic end? All these are questions, which historians ask even today. Some attempted works such as The Last Moghul, by William Dalrymple attempt to widen the historiography, which explains the mutiny better.

The sepoys entered Delhi and massacred every Christian man, woman or child they found. They went to the Mughal emperor and asked for his blessings. The Sepoys destroyed every church or office, which symbolized the British powers. Many of the laborers and cultivators rose against their immediate oppressors – the Taluqdars. It took the Company months to regain control over Delhi. They launched attacks from the Ridge. The Kingsway camp near the Delhi University was one such location. Once the British took back Delhi, there was plunder and pillage. The sepoys were brought to books and the suspects were jailed. The Mutiny Memorial in Delhi lists the names of all the officers who fought for the British.

The revolt of 1857 runs in the memories of the Indians. V D Savarkar calls it the First War Of Independence. The leaders of the revolt remain in the popular memories of the people. This is evident from the number of poems written in praise of them – Subhardra Kumari Chauhan’s poem on Rani Laxmibai evokes nationalistic fervor. Thus on one hand the Mutiny is used as a tool to establish a disciplined patriotic culture on the other hand it stands as an epitome of counter establishment politics. But however it may be perceived, it refuses to whither away from the memories of the people of India. It is a war that people want to evoke over and over again in order to demand for rights, establish communal harmony among the Hindus and the Muslims etc. Thus war need not only evoke memories of grief and despair. Mutiny of 1857 stands as an example of this.