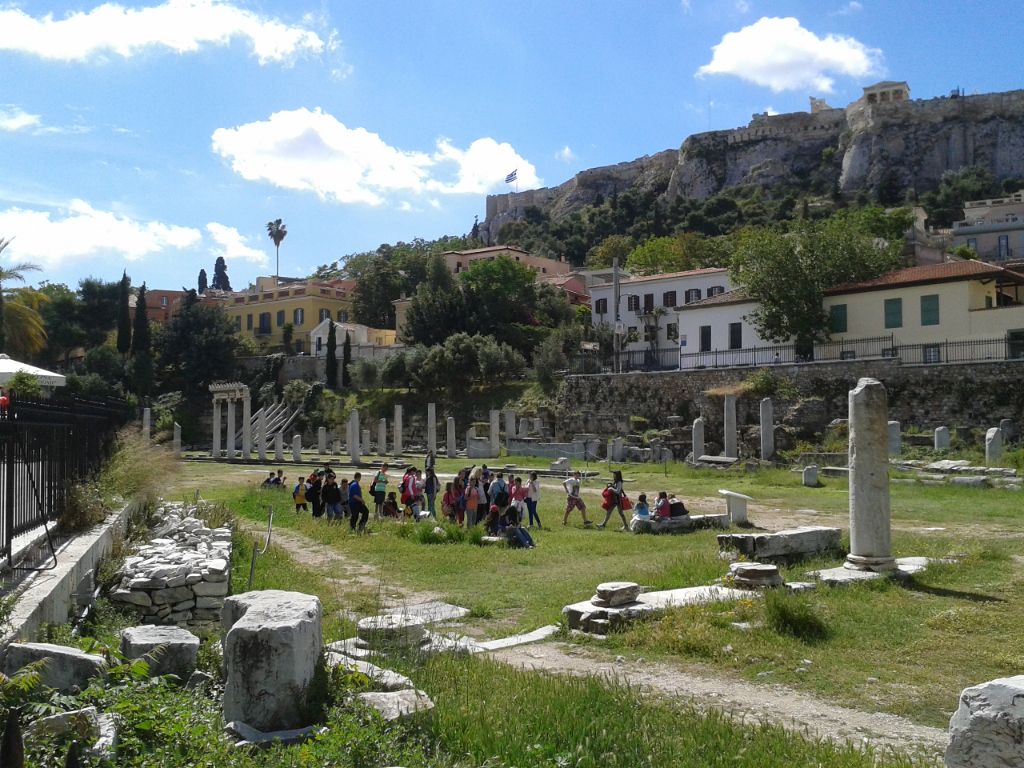 Can we create a new future for Greece’s cultural heritage while in the middle of an ongoing economic meltdown?

Greece was once the world’s fastest growing economy and the center of cultural flourishing. During the Golden Age of Athens (5th century BC) when concepts like equality, decency and democracy were born, architectural marvels such as Acropolis of Athens, its Parthenon and the Temple of Olumpian Zeus, among others, had also come into being.

But today, in the middle of an economic crisis, Greece is dealing with radical modifications in its constitutional, financial and social structures.

Since the lack of confidence in the economic system, in the model of governance and, in the mechanism of the current social system, is growing, the country’s cultural budgets are falling. Over the past 3 years, the funds of the Ministry of Culture have dropped by 50 percent. This has grossly impacted the country’s abundant heritage that includes 210 archaeological museums, 250 organized archaeological sites and 19,000 designated monuments and sites.

Therefore, in times like these, it’s the cultural heritage that can be a driver and an enabler of prosperity and sustainable development, a repository of knowledge, and a symbol of stability. It is also this cultural heritage that will  allow us a better understanding of our local identities and strengthen our social cohesion during such a  rapid socio-economic change.

However, the fruitless austerity policies have generated a clearly negative impact on the cultural sector. There are circumstances where new occupations have not been created and young professionals are employed (if employed) only for short-term contracts. A large number of employees working in the cultural sector have also been dismissed while thousands of young scholars and qualified professionals have left the country.

Moreover, during the last year’s financial shortcomings, Greek excavations, research and conservation projects, which are mostly funded by the EU, have been immobilized. In addition to that, many regional Ephorates of antiquities have been merged due to reduction in costs, which has clearly impacted the strength of the number of employees and their budget-seeking prospects.

According to Ioannis Grammatikakis, the Head Conservator of a recently completed conservation-restoration project of the peripheral monuments of Knossos, “Conservation projects have to be more targeted and linked to the sustainable preservation of cultural heritage. Most of the present projects are not considering an archaeological site as a whole, but are focusing in the most endangered to collapse areas – a strategy which is not profitable neither for the monument itself nor for its economics.” (Grammatikakis is a PhD candidate of the Chemistry Department at the University of Crete and a current assistant researcher at IESL-FORTH).

But apart from the currently pending and unresolved financial problems, shouldn’t we also focus on the sector’s longstanding and deep-rooted structural issues?

In fact, from the very beginning of the economic turmoil, the Greek cultural sector has responded with a process of “gradual adjustment” without making any concrete structural changes to its cultural policies.

“A serious obstacle is the legal framework, which is as big a problem as the funding issues. There is clearly room for improvements taking into account the special conditions triggered by the crisis.” says Costas Fotakis, the Greek Alternate Minister for Research and Innovation, about the ongoing research activities in Greece., in an interview with Nature Materials. (Fotakis is a researcher at IESL-FORTH, and a professor in the Department of Physics of University of Crete, who has a significant background in Laser Science for Cultural Heritage)

Additionally, it is also a result of a close and self-referential approach of the organizations in-charge of culture, their incapacity to evaluate or compare their performances, their social impact, and finally, their bureaucratic and inarticulate decision–making processes, which are making it difficult for them to deal with the economic crisis.

Therefore, instead of perceiving the crisis as an external constraint and wait for its end or recovery, it’s time to connect the dots and identify the system’s loopholes. At the same time, we must also bear in mind that only in times of severe difficulties, as this one, new structural frameworks have a chance of being accepted.

So can we look beyond the obvious and implicit threat, and let the crisis be interpreted as an opportunity to restructure the entire system?