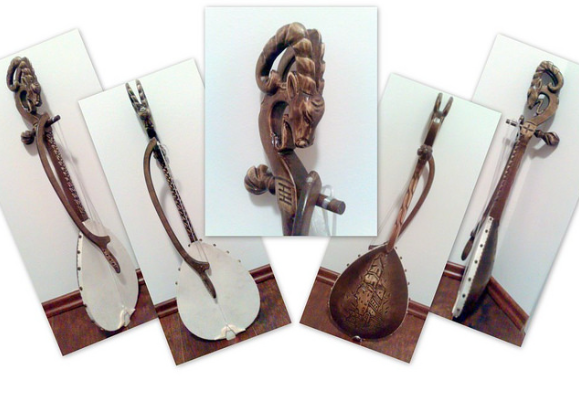 Gusle is a single-stringed musical instrument and a musical performance style traditionally used in the Dinarides region of South-eastern Europe.

During the month of May 2018, the 25th Festival of gusle players of Republic of Srpska will be held. It is a musical, educational and competitive event, which is organized in order to affirm and preserve the achievements of Serbian culture. Gusle players from the Republic of Srpska, B&H, Serbia and Montenegro participate in the event.

Several other similar events are held, during the year, which are dedicated to celebrating historical events and areas of Republic of Srpska and to pay tribute to personalities like: “Romanijo goro od junaka”, “Sabor guslara Hercegovine” as well. Young epic poets, preserves of tradition and heritage, are represented in these cultural events.

In this region, “it is hard to find a man who cannot play the gusle”. It was this time that guslar from Bosnia, Filip Višnjić, rose to fame, in the late eighteen and early nineteen century. It was a period of epic poetry that had just been in the making. These artists and musicians left historical, cultural and artistic records in the archives of folklore, costumes and epic poems.

The epic folk poem and the gusle, a traditional musical instrument, are part of our cultural heritage and history. Our art, is presented through music festivals; zanatlijama* (handicraftsman) and tourist souvenirs too.

The word zanat is of Arabic origin (sanˋat), and is associated with a sense of mastery. It is a word used in relation to a wide range of creative and design activities that involve skills of the hand and different native crafts and art forms. Musical instruments: gusle, šargije, tambure and violins, nowadays, are mainly designed for personal needs.

The origins of Tarantella