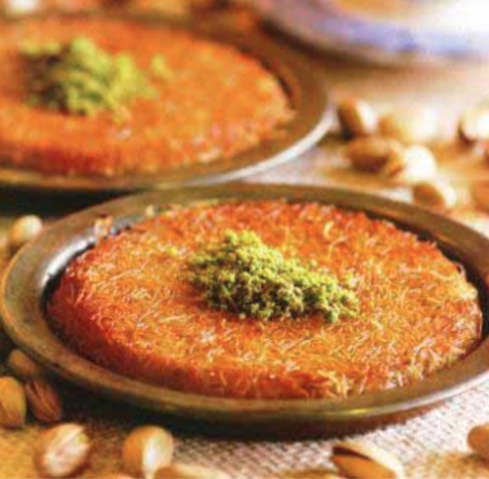 The Hatay Province has a long Mediterranean coastline. It is covered in lush flora. It is best known as one of the destinations famous for spicy food in Turkey. Meals are served with plates of undressed greens (mint, parsley, rocket) to be taken as bursts of freshness between bites of cooked dishes. This land has hosted many different cultures for thousands of years, and this is reflected in its very rich cuisine. Mediterranean cuisine implement vegetable and olive oil to a great extent, and these are commonly used in Hatay cuisine. In fact, even “olive crumbs”, obtained during olive oil production, are added to the leavened dough and turned into delicious “Olive Crumb Bread” ready to be served at the table.

Hatay has adopted food from other cultures and integrated it into its own, like a well kneaded dough. For example, Central Asia’s curd has been transformed into an irreplaceable nutrient as Salted Yogurt which is a healthy snack for lunch as well as breakfast.

Hatay is also referred as the homeland of wheat. There are many dishes with wheat recipes in their cuisine, the most famous one being known as Asur, which is cooked with hot pepper, cumin and fall-apart tender meat. Hatay’s meat and kebab culture not only includes shish kebab and the barbecue tradition, but also many other cooking techniques such as pot dish and oven roasted kebabs cooked with plenty of vegetables, indicating the varied cultural influences on Hatay’s cuisine. Pepper bread and cottage cheese made in a tandoori in the traditional way reflect the typical taste that Hatay’s food embodies. The musty cottage cheese “Surk” is famous for its unique fermentation process and the dominant taste.

The cooks use all the materials that are used in a typical Mediterranean cuisine. The food culture here is developed as a result of mixing of different cultures and civilisations starting from 9000 BC until now. On typical weekdays, every house has the aroma of kebabs cooked in hot and sour flavors. Hatay’s cold entrés and desserts are reserved for special occasions or weekends, when the city is out on the streets to celebrate the food culture of this ancient land. The cost for preparing a traditional meal is between 5$ to 40$ depending on the ingredients selected and the choice of the process of cooking.

Hatay has a world-class cuisine, and it would be an exciting experience to savor this food culture and relish the fresh flavors that it brings to the table.