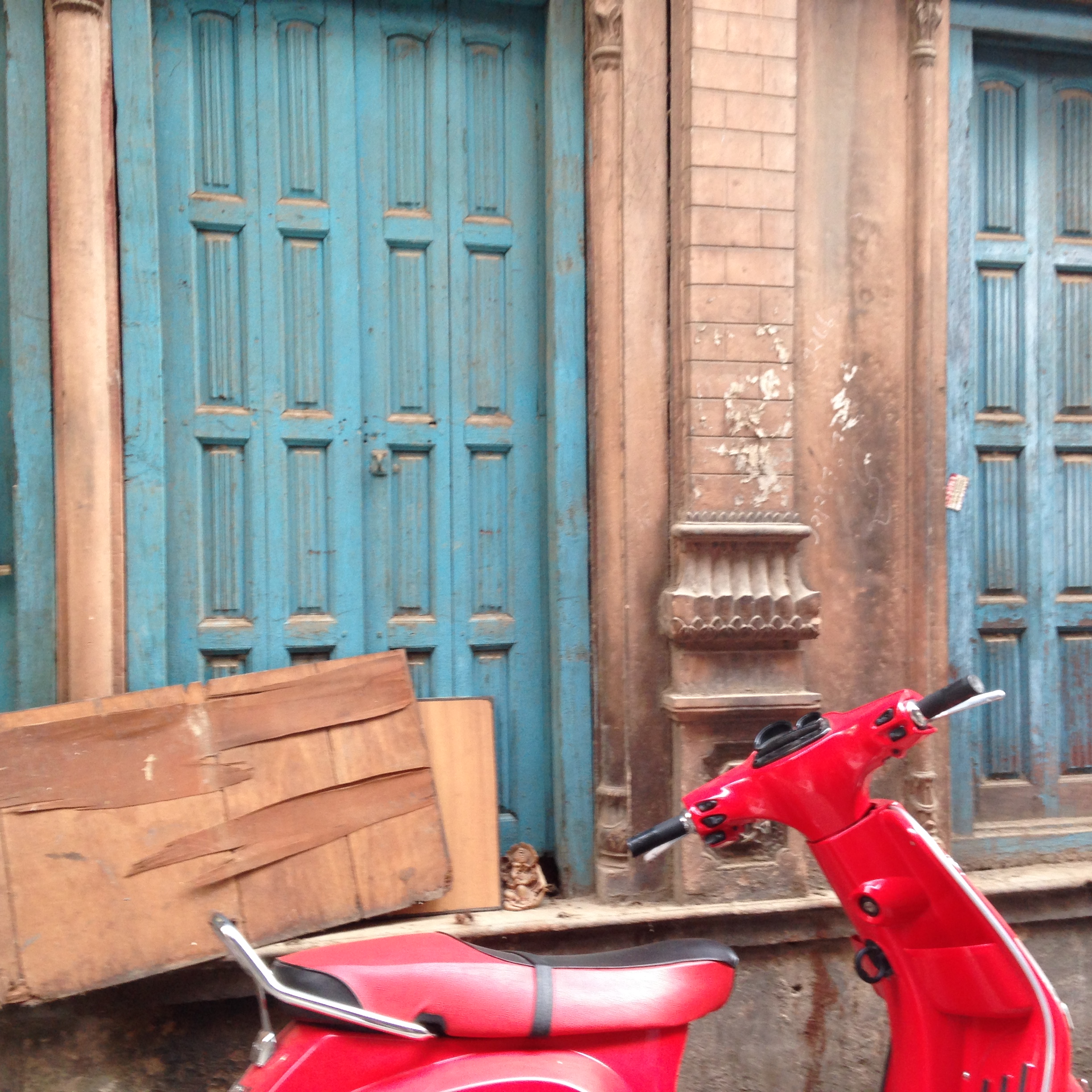 As I travelled in the widely ridiculed DTC bus, I saw the dawn carefully laying its hand on the Red Fort. And each morning I saw a differently shaded quila. Sometimes its crimson, sometimes its brick scarlet and the other times, a little orangish tint and I wonder what was the shade then when the majestic Mughal Emperor built it with all its might and magnificence to embellish his new capital of Shahjanabad, now recognized as Old Delhi. The fort, which is symbolic of Indian national pride, hosts the Independence Day of the nation. Each year, the Prime Minister gives his speech from the helm where once the Mughal Emperor may have stood to cherish the scenic beauty of his capital. All this narrative weaved around the fort forced me to grab a peep of what lay inside it.

My name is Ozymandias, king of kings:
Look on my works, ye Mighty, and despair!
Nothing beside remains: round the decay
Of that colossal wreck, boundless and bare,

Never did these lines seemed more pertinent to me. I was standing in one of the alleys of the r, it stands (or rather stoops) to testify the magnificence of the Mughal era. It narrates a dying tale of the prosperity and economic versatility of Hindustan. But while the streets kindle the imagination of the tourists of how it must have been in the medieval times, it fails to create imagery of the same. The entire place is shadowed by the criss-cross of wires, which facilitate lighting in the crumbling houses. The streets are spotted with dung and the air in general smells pungent. But in the midst of this decay the eyes fall on the ornate ‘jalis’ of the fancy households. The panorama of the Havelis color the mind with Mughal imagery.

The Havelis, typically, are divided into three parts. The first houses the servant quarters, the ‘tanga’, the stable and the cows (for fresh milk). The second part is usually the in-house office or shop to organize commerce. The third part forms the inner quarters of the house with a big open space in the middle for the guests to be served. The forth part forms the living quarters and the kitchen for the woman. Havelis have distinct architecture. They have a “chabootra” at the entrance for the members of the house to sit out and interact with the passersby in their free time. This space was also used by the vendors to come and lay their shops open for woman to choose the products, which they wish to buy. They would get the vendors to sit in this space while they would peep through the Jalis. There were holes in the windows, which facilitated the women to throw the basket down for the vendors to sell the vegetables. Something that is peculiar to the havelis of Chandni Chowk is their roof (chhat). The roofs of the household are connected. The woman while pickling or drying clothes would come up on the roof which would provide space for them to socialization with their neighbors.

The built heritage of the Havelis in Chandni Chowk reveals social reality of the time. The fort around the city limited the scope of expansion. As the city began to accommodate the imperial household, people from all walks of life began to flock in. The artisans came as there was a demand for expensive and luxurious goods. Further, services such as manuscript writing, medical aid etc. were required. This attracted population from all parts of the country. Thus the capital had a heterogeneous population. This is evident by the architectural styles of the households, which range from Indo-Islamic to Art Deco. However, having said, the people were conscious and aware of status and society. However in spite of this heterogeneous demographics, the people of the city were extremely caste and status conscious. Each Gali of Chandni Chowk was occupied by one occupational group. The streets then came to be known by the business it would generate in one sector of economy. For example there was the street allocated to the brass makers, stationary sellers, cycle makers, jewelers etc. Even today the generation continues to keep this culture alive. Further, the occupation of each of the families was fixed. There was lack of social mobility. This is contrary to the modern city where the people would usually come to free themselves from their cultural clutches.

The Chunnamal Haveli is the classic example of the havelis in Chandni Chowk. Its expanse would fill people with awe. It was a three story tall structure with 128 rooms. A Brocade Merchant, Chunnamal was the richest man in Delhi. It is believed that he was the first man in Delhi to own a mobile phone. Legend has it that the poverty-stricken Mirza Ghalib would stand in front of Chunnamal’s illuminated house and scowl at his opulence.

While these Havelis boast of times that were prosperous today they cry a narrative of the plunder and loot that followed decaying the city into a long period of gloom. This is the reason why these form the inalienable part of Delhi’s built heritage. On one hand it represents prosperity on the other it also reminds the historians of what followed. At the same time it also seeks to narrate the lives of the people who lived and earned their livelihood, the economics behind their prosperity and social set ups. This narrative is often missing in the royal as well as religious buildings and structures.