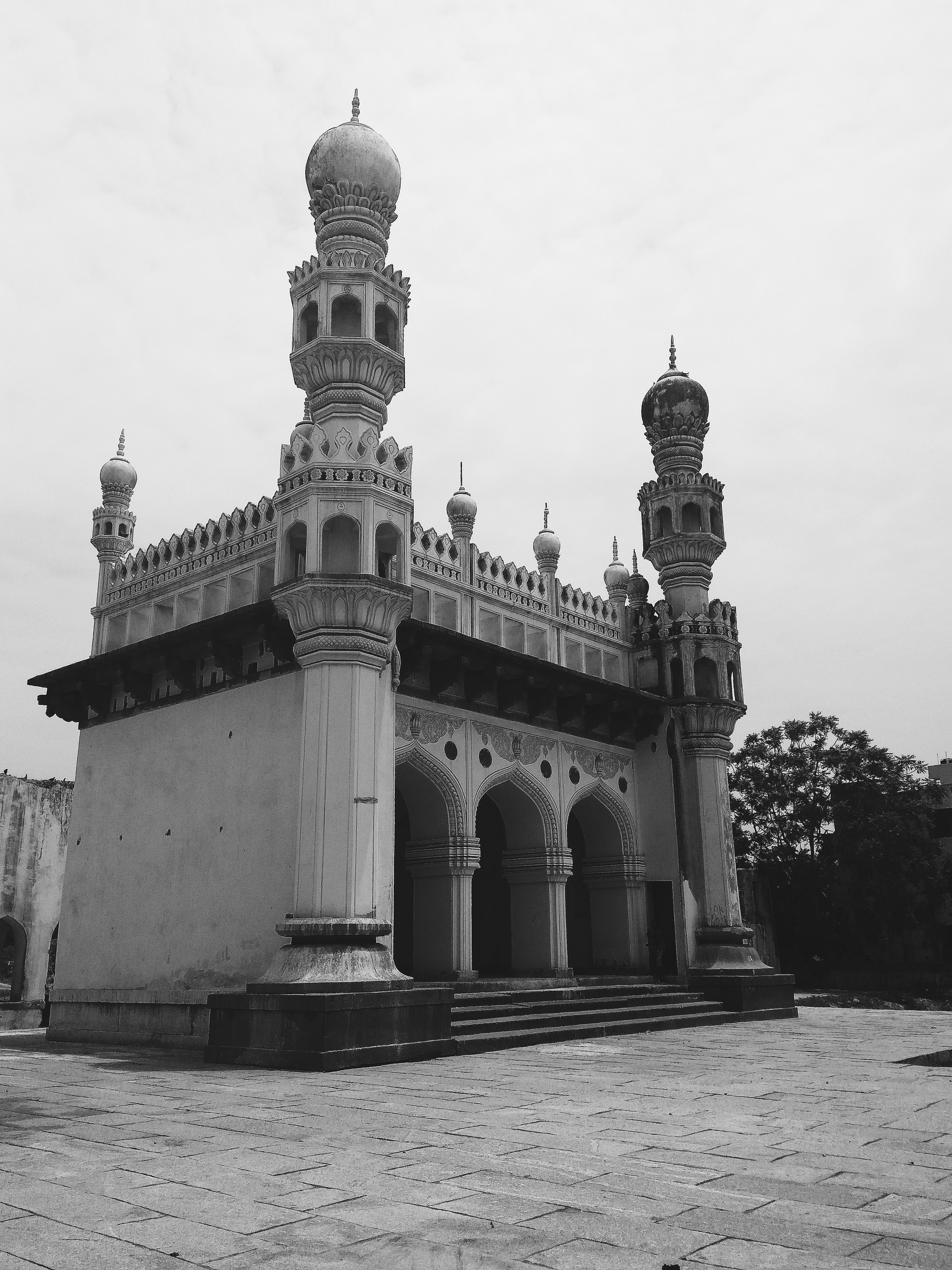 Hyderabad in modern times, is a city known to many as the city where the famous Koh-i-Noor diamond was discovered, or a home to the world’s tallest monolithic statue of Buddha and of course, the popular Hyderabadi Biryani. However, its true form is only known to a few, that Hyderabad is a city which witnessed an essence of globalisation at an early stage, being an important location on the map of the trade route between Surat and Machilipatnam around 300 years ago. A city so unique, that it had it’s own style of art- the Golkonda style of art- which is now treasured behind glass cases of museums in Hyderabad.

What makes the history of Hyderabad more melodious, is the musicians who pleased the rulers of Golkonda with their tuneful songs, so much so that glorious houses were built for them, which we now view as a heritage monuments. I had discovered the rich history behind many such monuments on my most recent visit to the city.

On the morning 18th of June, I attended a heritage walk, conducted by a veteran in the field of heritage conservation – Anuradha Reddy working with INTACH Hyderabad. A fun fact is that 18th of June is also known as World Music Day and we rightly celebrated it by starting our walk from Taramati Baradari- home of  two of the most supreme musicians of Golkonda in the 1500s- Taramati and Premamati.

A Baradari is a pavilion which has 12 entrances or doors. It gets its name from the Hindi word ‘Barah’ which means the number twelve. It was constructed in such a way to allow cross ventilation and is one of the most indigenous techniques to have been used at that time. Taramati and Premamati were two sisters, talented in dance and music and whose songs were said to be heard by the king who sat in the Golkonda Fort, two kilometers away.

We then made our way through the bustling streets of the old city to reach one of the eight gates or Darwazas, to the Golkonda Fort- the Fateh Darwaza (the victory gate). This darwaza is named after the Arabic word Fateh, which means ‘to conquer’. It was named after Aurangzeb’s victorious army marched through the gate and later conquered the fort. In order to make intrusion problematic, the roads were built with curves and the tall heavy gateways were studded with giant iron spikes

At Fateh Darwaza, a characteristic of the engineering marvels at Golkonda can be experienced. A hand clap at a certain point below the dome at the entrance reverberates and can be heard clearly at the ‘Bala Hisar’ pavilion, the highest point almost a kilometer away. This worked as a warning note to the royals in case of an attack.

Lastly, we made our way to a place unknown to many- the Sheikhpet Serai. A serai is a resthouse where foreign travellers were accommodated by the rulers. From a historian’s perspective, serais were an important centre of trade, but for cultural activities. The locals would help by serving the travellers and would learn new information about their world in distant lands- such as the existence of dry fruits.

The middle-eastern travellers would take months to reach our country and thus required food which would stay for that long. Hence they brought along dry fruits, which was a discovery to Indians. It is said that one of the local cooks had taken a dry fruit (later identified as apricot), boiled a few in water and found the dry fruits to swell up as the water turned colour and sweet. This accidental experiment was the discovery of ‘Khubani ka Meetha’ which is a unique specialty of Hyderabad. Similarly, Indian fashion influenced a new attire for the Sheikhs. Inspired by the exclusive nine-yard sarees of South India, the Afghani women designed a nine-yard dupatta for themselves which is worn around the arms and shoulders, over long kurtis. This is how serais came to be the birthplaces for new trends, delicacies and much more.

In conclusion, it was a wonderful and a fun Sunday spent, steeped in the heritage of Hyderabad, where we observed the monumental stone structures.