Started from Delhi,took an early morning bus to Agra.

Taj Mahal is regarded as one of the eight wonders of the world, and some Western historians have noted that its architectural beauty has never been surpassed. The Taj is the most beautiful monument built by the Mughals, the Muslim rulers of India. Taj Mahal is built entirely of white marble. Its stunning architectural beauty is beyond adequate description, particularly at dawn and sunset. The Taj seems to glow in the light of the full moon. On a foggy morning, the visitors experience the Taj as if suspended when viewed from across the Jamuna river. 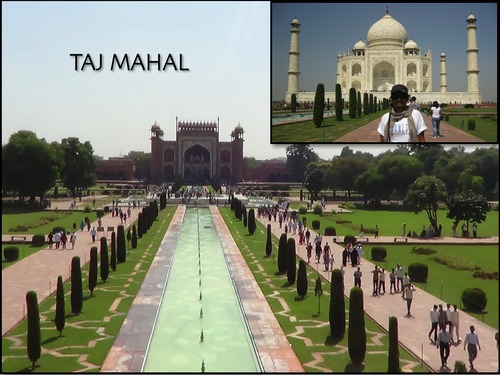 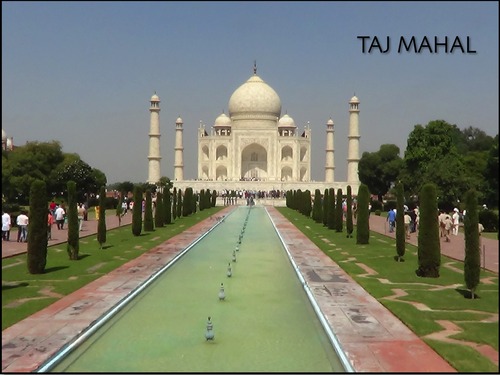 Taj Mahal was constructed over a period of twenty-two years, employing twenty thousand workers. It was completed in 1648 C.E. at a cost of 32 Million Rupees. The construction documents show that its master architect was Ustad ‘Isa, the renowned Islamic architect of his time.

The Taj stands on a raised, square platform (186 x 186 feet) with its four corners truncated, forming an unequal octagon. The architectural design uses the interlocking arabesque concept, in which each element stands on its own and perfectly integrates with the main structure. It uses the principles of self-replicating geometry and a symmetry of architectural elements. 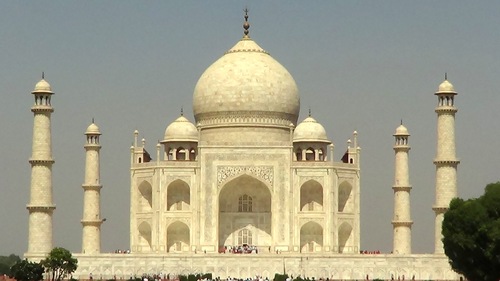 Its central dome is fifty-eight feet in diameter and rises to a height of 213 feet. It is flanked by four subsidiary domed chambers. The four graceful, slender minarets are 162.5 feet each. The entire mausoleum (inside as well as outside) is decorated with inlaid design of flowers and calligraphy using precious gems such as agate and jasper. The main archways, chiseled with passages from the Holy Qur’an and the bold scroll work of flowery pattern, give a captivating charm to its beauty. The central domed chamber and four adjoining chambers include many walls and panels of Islamic decoration. 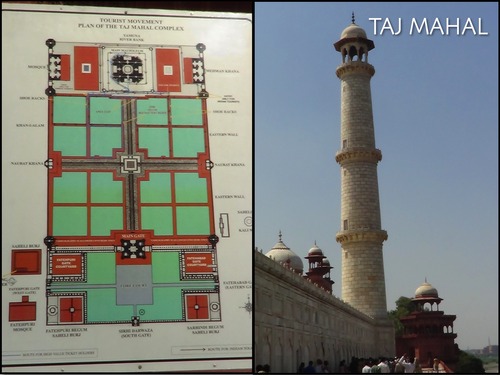 The mausoleum is a part of a vast complex comprising of a main gateway, an elaborate garden, a mosque (to the left), a guest house (to the right), and several other palatial buildings. The Taj is at the farthest end of this complex, with the river Jamuna behind it. The large garden contains four reflecting pools dividing it at the center. Each of these four sections is further subdivided into four sections and then each into yet another four sections. Like the Taj, the garden elements serve like Arabesque, standing on their own and also constituting the whole. 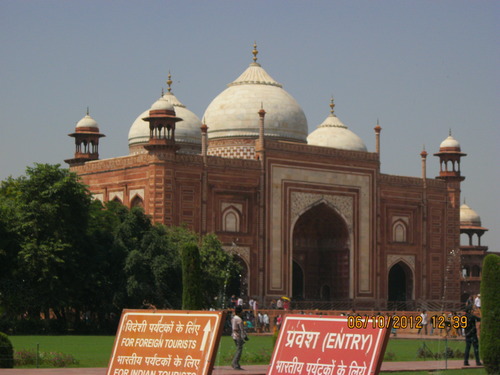 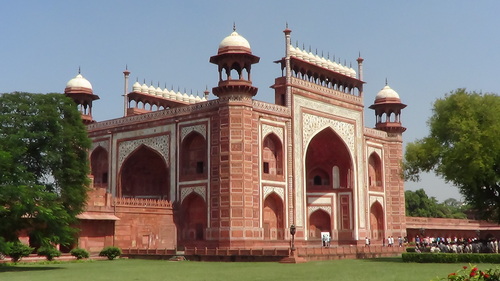 Best is time to visit Taj Mahal is on Full Moon day specially in the month of January.

« Bhimbetka – The very beginning
Passing through The Temples of Odisha »