Took a bus from the Highway near Fatehpur City and reached my next destination Keoladeo National Park which was just 23 kms away.

There was no Cloak room and for the sake of my backpack I preferred a rickshaw ride to explore the Sanctuary.It was helpful as the Rickshaw puller himself became a guide for some extra bucks.

Otherwise one can rent bicycles and explore the Santuary.

Keoladeo National Park is situated near the present city of Bharatpur and is a large, shallow saucer like depression, extending upto 29 sqkm. This reserve is locally called as Ghana. 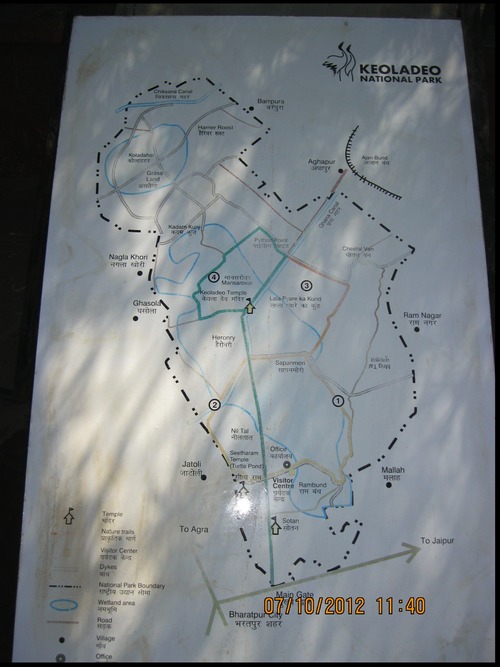 Before you enter the Park,makesure you read all the instructions carefully and follow them. 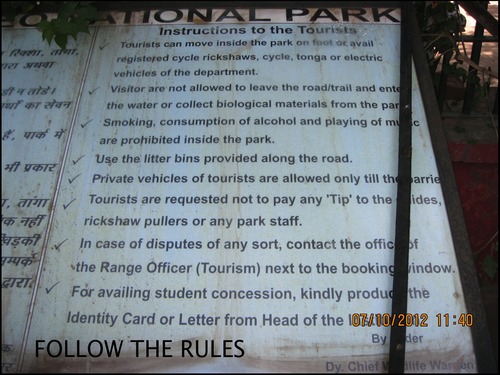 The Keoladeo National Park was known by various names during its course of evolution like Keoladeo Ghana National Park, Bharatpur Bird Sanctuary. The word Keoladeo is derived from the name of ancient temple devoted to Lord Shiva and the word “Ghana” is derived from Hindi, which implies for dense. This sanctuary of Rajasthan is famous in the world as “avifauna sanctuary” where large number of aquatic birds comes from Afghanistan, Turkmenistan, China and Siberia. 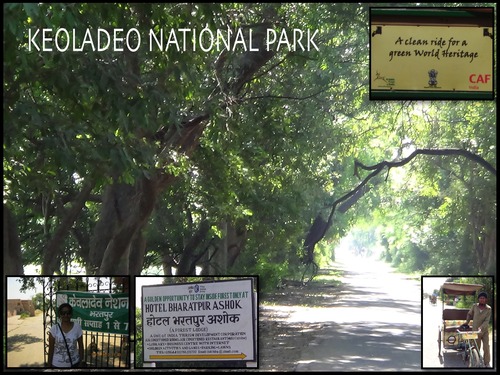 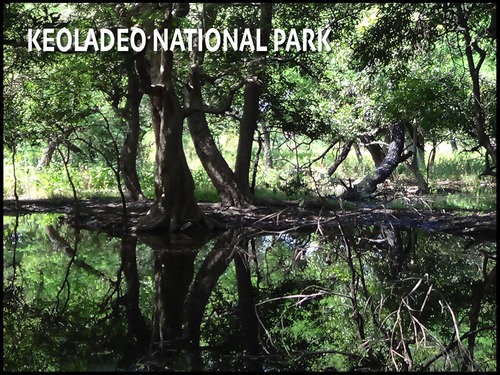 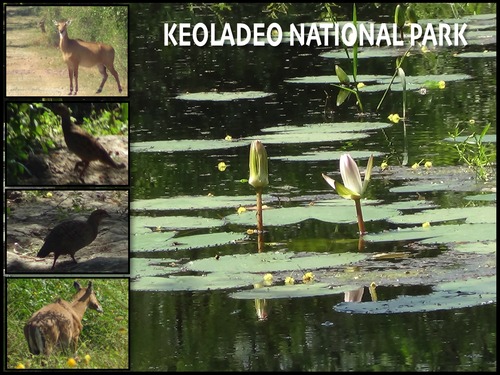 The history of this National Park can be traced back to as early as 250 years ago . The next milestone started between the periods of 1726 to 1763 when the ruler Maharaja Suraj Mal constructed the Ajan Bund at Bharatpur primarily for hunting purpose. During the British period, Duck Shoots were organized yearly to welcome the British Viceroys. It is said, “over 4,273 birds such as mallards and teals were killed by Lord Linlithgow, the then Governor General of India” in 1938 Shoot! Even after the independence of India, the shootings were allowed for the rulers of the Princely States. Perhaps the first step towards the preservation of the birds was taken in the year 1982 when grazing was banned in the park. The government actions to conserve the Keoladeo National Park also resulted into the clash between the local people and the government. However, in 1981 the area was notified as a National Park and finally came into effect in November 1982. The contribution of conserving the birds and making it the National Park goes to Dr. Salim Ali. His efforts were fruition when the UNESCO accepted Keoladeo National Park, Bharatpur as a World Heritage Site. 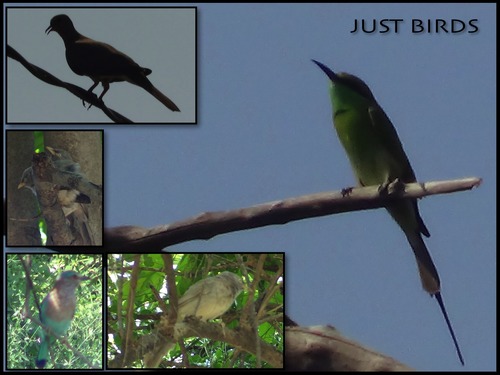 Spotted some rare birds which I have seen for the first time.Been lucky enough to spot too many Blue Jade’s all along th way.I was lost in Bird watching and couldn’t really click many pictures with my basic camera. 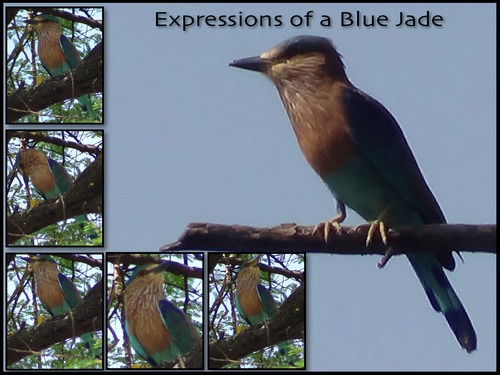 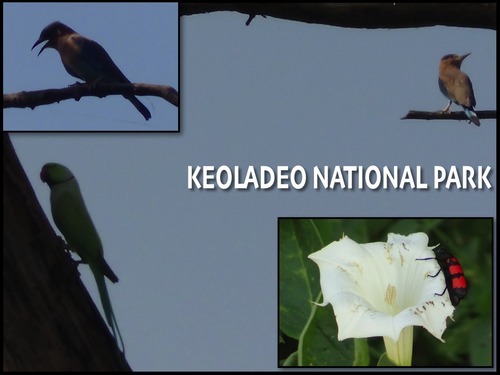 Timings : Open throughout the year. However, the best season to visit this park is

-between November to March for migratory birds.