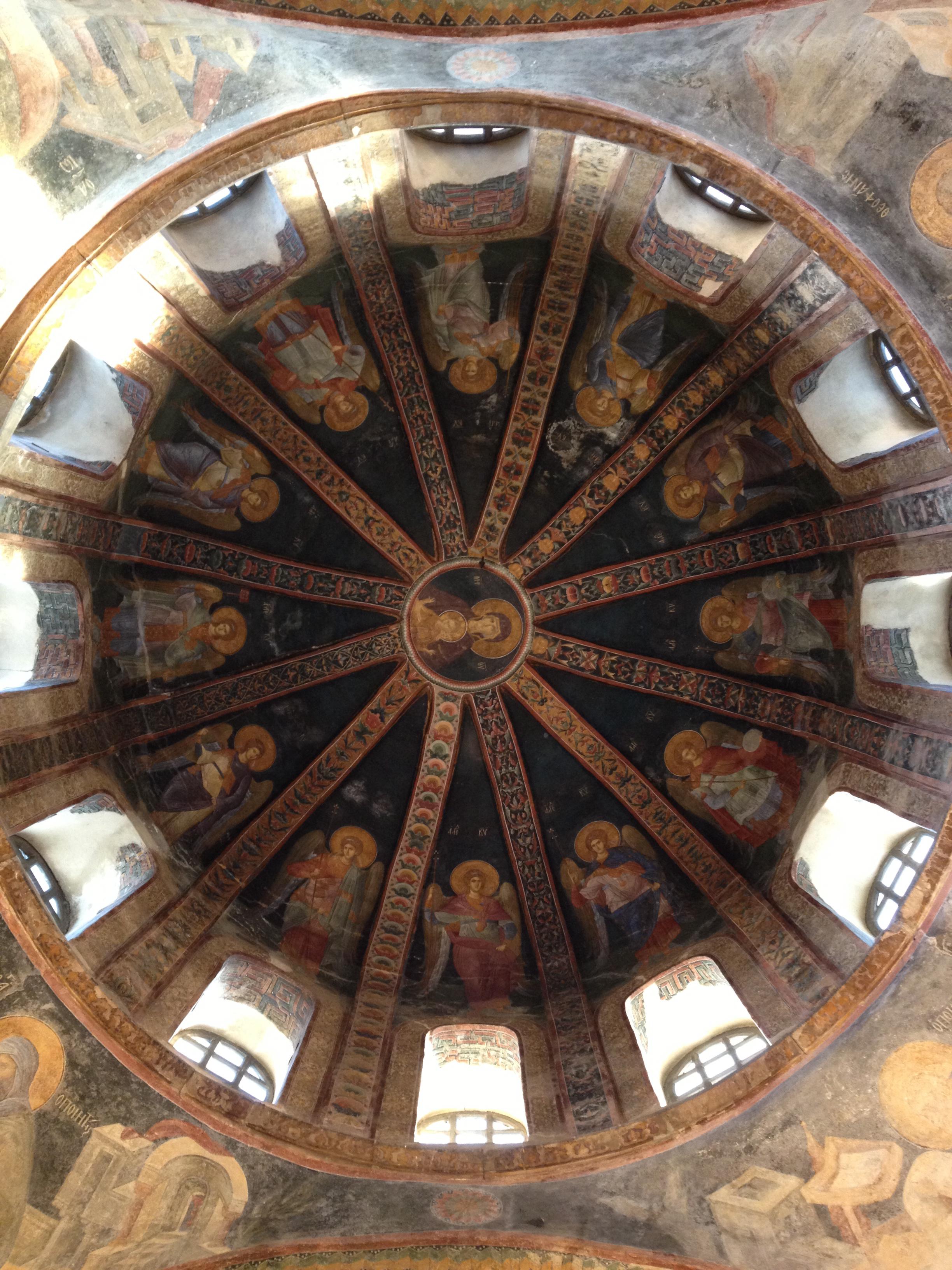 The building has six domes, two on esonartece, one on paracclésion and three on the naos.
The largest dome in a dimension of 7.7 m diameter and is located in the center of the naos.
The largest dome retains its original splendor, and as a Saint Sofia, the impression one gets from looking the dome is that it’s “floating in the air.” This effect is due to the position of the windows, that illuminating the base of the dome does not allow us to directly recognize the support points.
In Saint Sofia this technique reaches its maximum splendor, albeit with technical architectural and structural much more complex.
One of the elements that personally it is more difficult to understand is the “spur” in front of the window of the exedra.
I have not found other cases like this in other Byzantine churches. 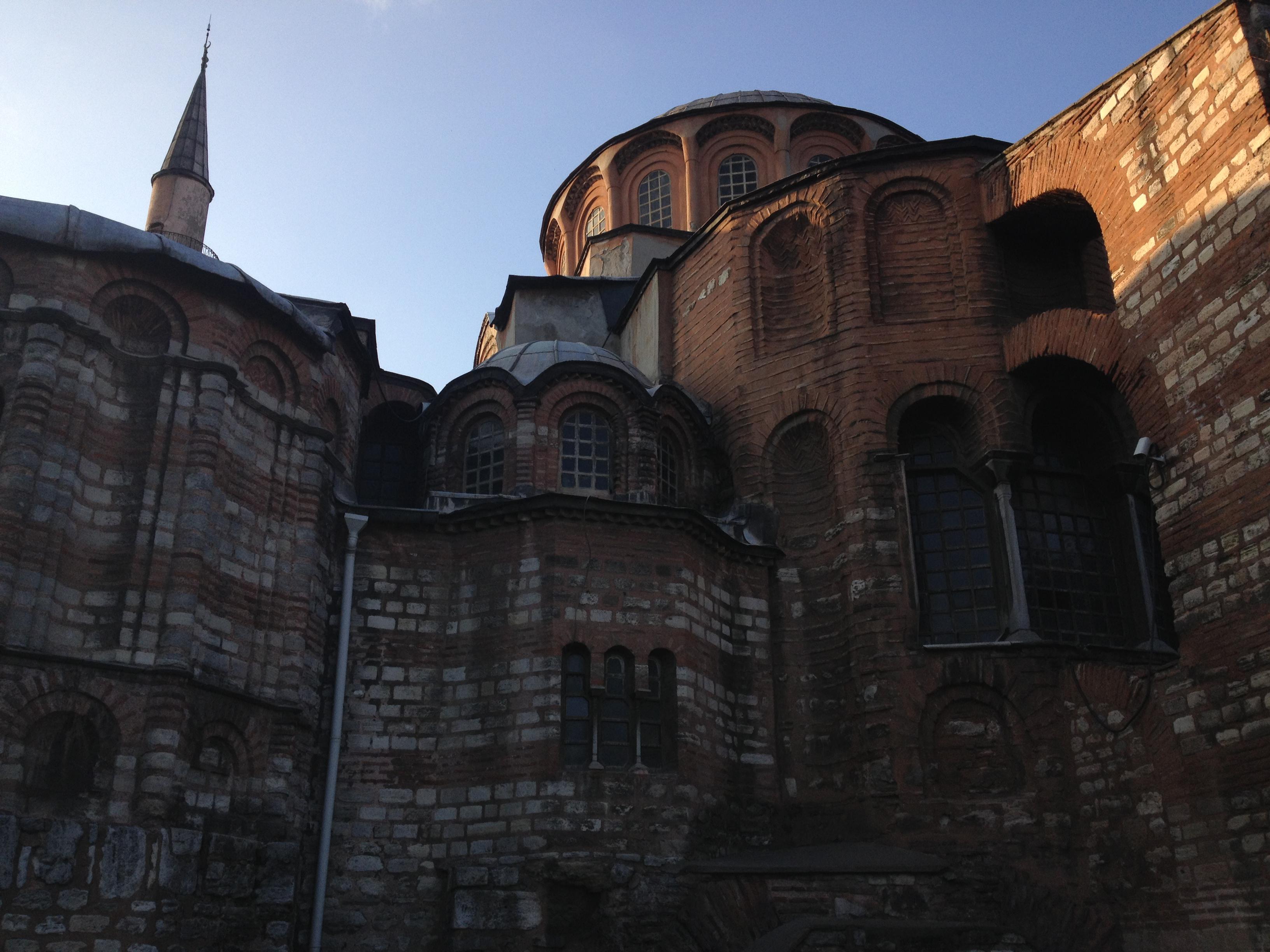 “A recent article includes the Kariye Museum in Istanbul among the top 30 must-see museums in the world.
Patricia Schultz, author of the book, “1,000 Places to See Before You Die.” Ranks The Kariye Museum in Istanbul alongside such internationally celebrated art museums as The Guggenheim Museum Bilbao in Bilbao, Spain; The Hermitage in St. Petersburg, Russia; Van Gogh Museum in Amsterdam; and The Museum of Modern Art in New York City.” 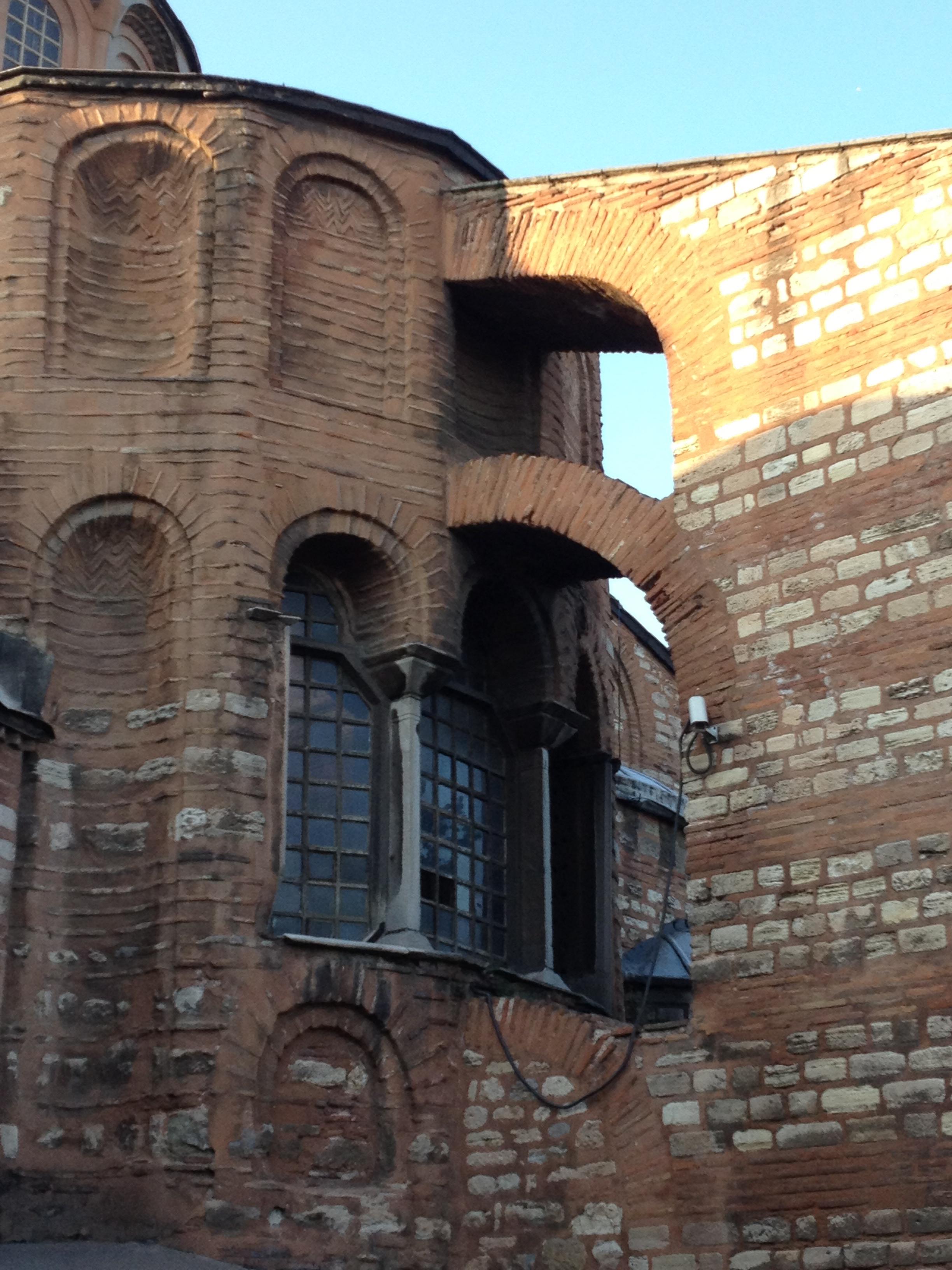 To make it even more difficult to understand this decision (although clearly responding to a structural need) is the importance of these churches give to the opening. Is from the windows that enters the “divine light”.