As part of GoUNESCO Internship Program, I embarked on such an educative and interesting trip to the National Cultural Centre in Kumasi. 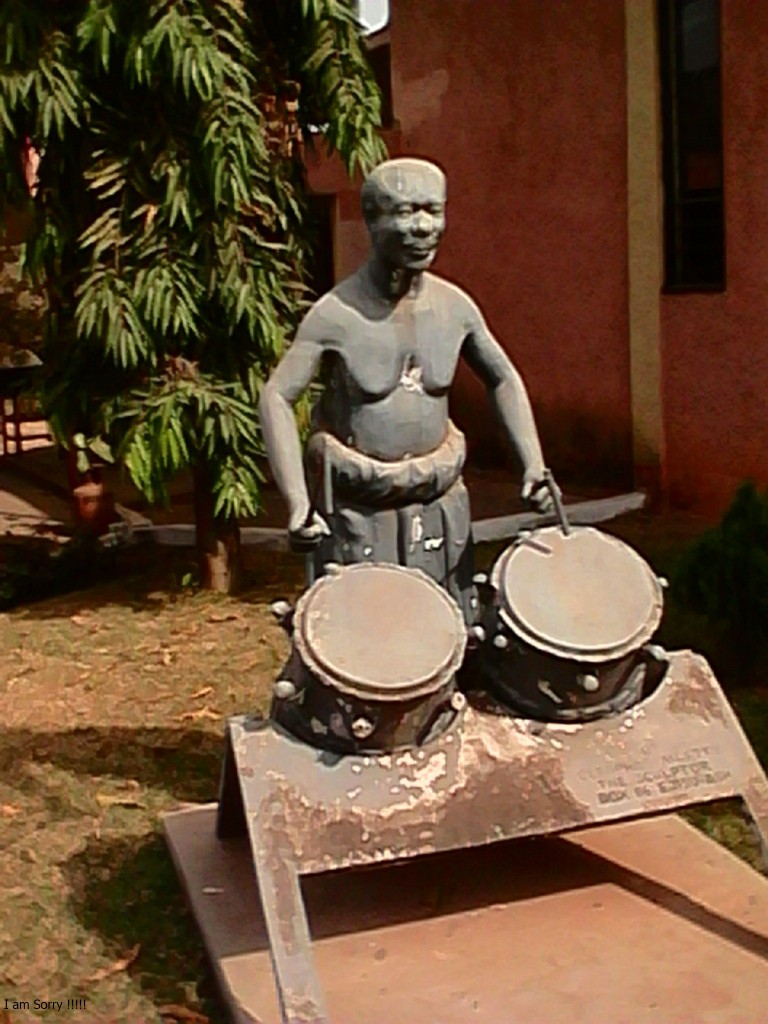 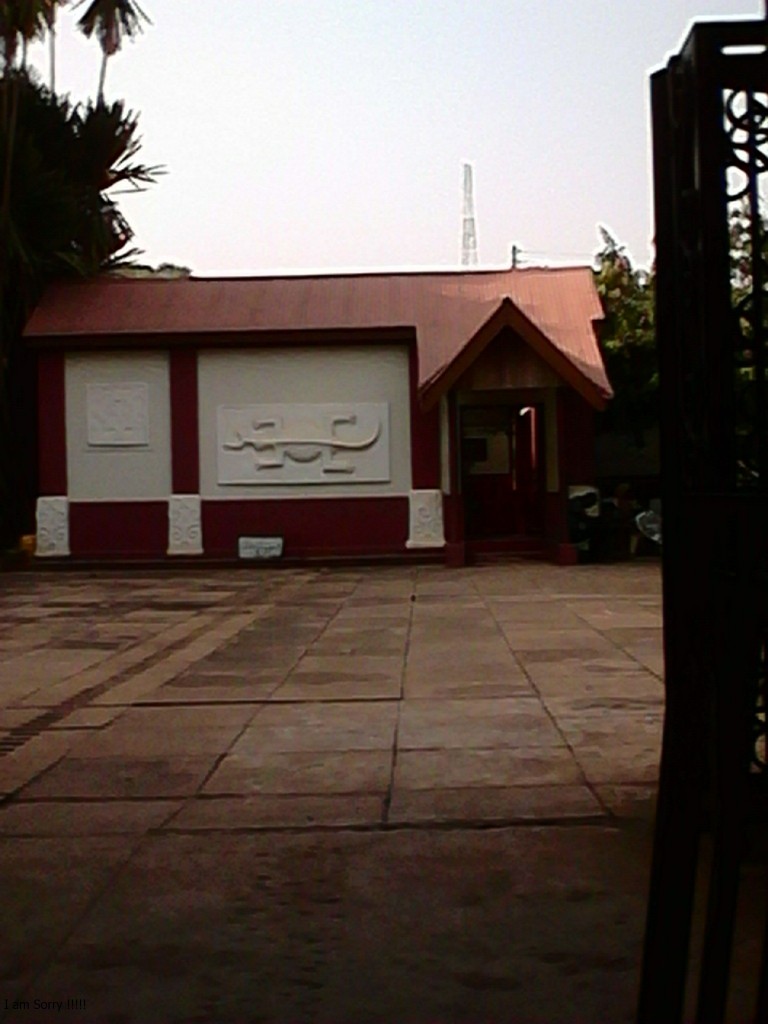 Kumasi is situated 30 kilometers north-east of a Crater Lake the Lake Bosumtwi, in a rain forest region, and is the industrial commercial area and financial center of Ashanti and the Ashanti Kingdom.

The National Cultural Centre in Kumasi is popularly known in our local parlance as ‘’Amamerefie ‘’ which is literally known as the House of Cultural Heritage. Amamerefie is a home of tradition and cultural heritage of Ashanti’s.

Although I have been to the place a couple times, I have not bothered myself to learn anything I came across within the premises. As I made my way through the various departments and other sites of Amamerefie, I realized that there were so many interesting things that I was missing –those that I have heard about and the new things I saw for the first time. All these I must say tell the bold and cherished history of Ashanti Kingdom. I was so amazed to see all these entire relics from clothes, ornaments, tools, sculptures, crafts and stools that have been kept and preserved over several centuries which reminiscent the great Ashanti Kingdom. The Ashanti’s we are told fought so many wars and battles and conquered countless numbers of territories to fortify themselves. Truly, my visit to the place gave meaning to all the stories I have heard and read about regarding the formation of the Ashanti Kingdom.
A s I embraced myself with all these artifacts I told myself it was pertinent to keep heritage , because it is what reminds one their roots, gives them a sense of aspirations, inspirations , it tells them what they are made of as far as traditions and systems of cultural heritage are concerned.

Amamerefie is indeed one such locations in Kumasi where history seeps out from every corner. every sculpture and artifacts including the various buildings you see have their own story to tell and echoed magnificent events of the past.

My visit to the place took me to a very important Department of the Amamerefie , Prempeh II Jubilee Museum. The Museum is a public gallery where relics of Sir Agyemang Prempeh II are kept and displayed for visitors both locals and foreign national come to visit on daily basis, meaning it is opened on all the working days.

As the 14th occupant of the Golden Stool, Otumfuo Sir Osei Agyeman Prempeh II, was the one under whose reigns the significant event of the restoration of Ashanti confederacy took place.
When he ascended the throne, the Ashanti Kingdom was a conquered territory and colony of the British with some of the small states within the out of the confederacy and as one historian said, “the Ashanti Kingdom was in a coma and the Ashanti Confederacy had disintegrated.”

With the exile of the 13th Asantehene, Nana Prempeh I, to the Seychelles Islands by the British in 1896, the Ashanti Confederacy ceased to exist and even when he returned to Kumasi in 1924 there was no restoration until in 1935 when Otumfuo Agyeman Prempeh II ascended the Golden Stool. Otumfuo Ageyman Prempeh II, therefore, has a special place in the history of Ashanti as the 14th occupant of the Golden Stool and for that matter the great Ashanti Kingdom.

As a prospective participants of GoUNESCO Internship Programs I was able to talk to a number of visitors during my stay at Amamerefie and I realized that the majority of them were foreign nationals. The local people barely come to visit the place let alone have knowledge about the cultural heritage preserved and kept at the place.

One of the local people I spoke to by name Kwame Asiedu said, ‘’The place is less patronized by local people because they do not publicize it to attract the local people to appreciate their own traditions and culture.I think it is bad something must be done about it’’.

As I alluded earlier, I myself rarely experienced the major parts of the cultural heritage kept at the place,but thanks to GoUNESCO Internship Program I think I have learnt a great deal of Ashanti’s tradition and culture even just a short stay at the place. During my stay I visited a place they called Dwaberem where I chanced upon a group of young men and women who were learning how to dance to a drum beat and saw some of them who were also learning how to put on traditional clothing .I think my visit to Amamerefie has been very rewarding and exciting. GoUnesco so awesome!! 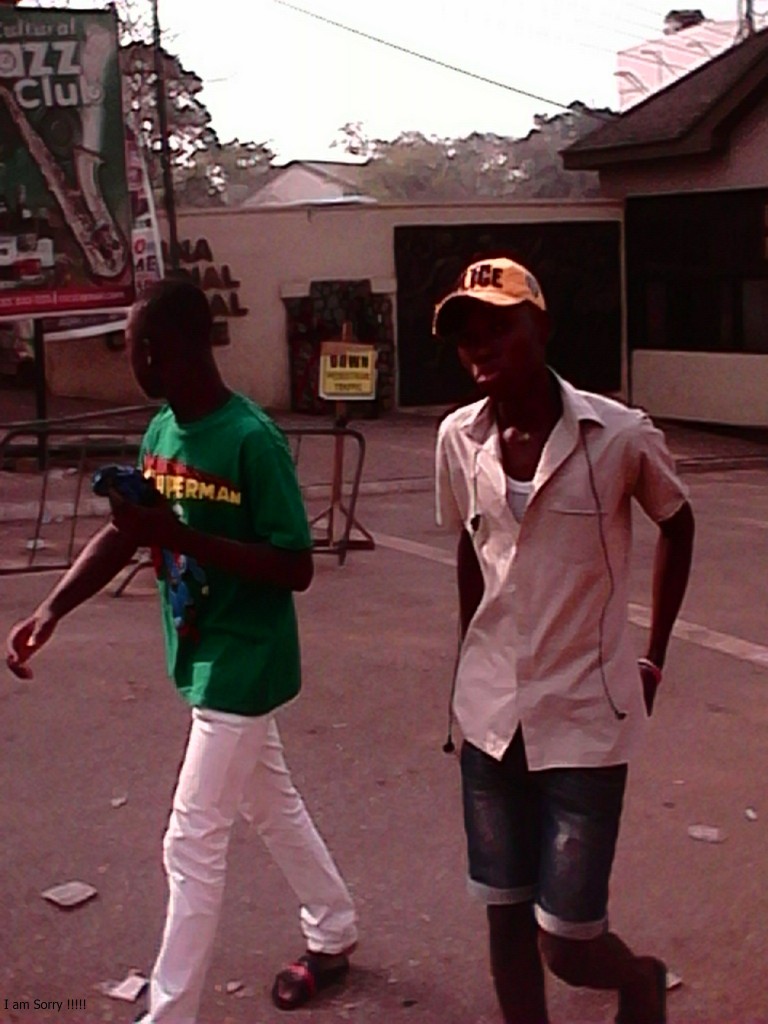